Annual, perennial, and winter ryegrass are the three types of ryegrasses classified mainly based on the type of growing season. 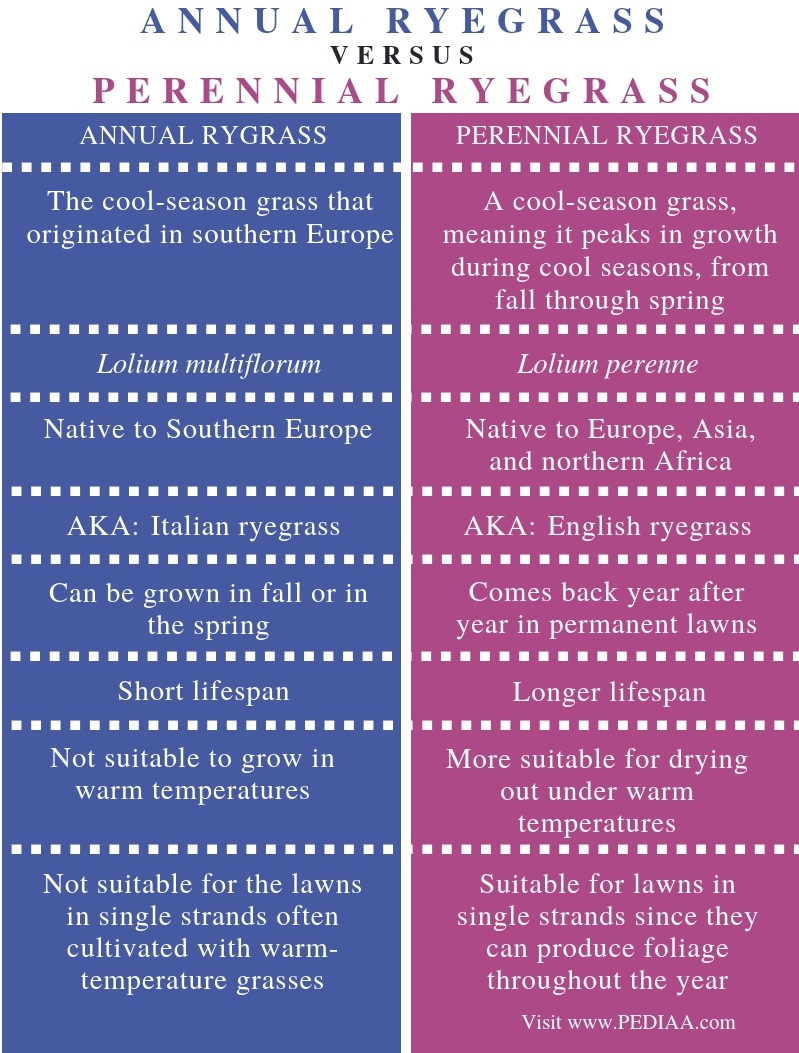 What is Annual Ryegrass

Annual ryegrass (Lolium perenne) or Italian ryegrass is a type of cool-temperature ryegrass native to temperate Europe. It can be grown in fall and spring, but it readily becomes dormant during the warm season. Therefore, annual ryegrass is suitable for overseeding lawns to grow along with warm-temperature grasses. It helps to keep a green expanse for a longer duration. 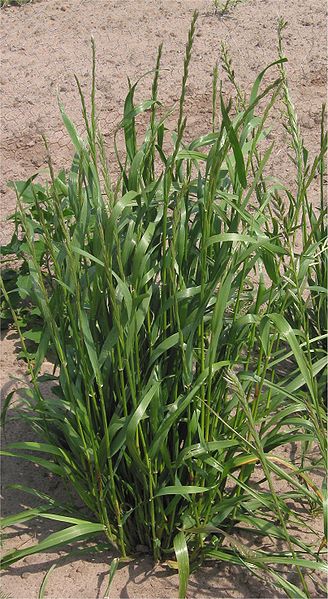 Furthermore, annual ryegrass is more suitable to cover bare grounds as it fights against soil erosion. Also, this type of grass is very cheap. Therefore, it can be used to fill temporary turf. In addition, annual ryegrass is eco-friendly as it is non-aggressive and furnishes nutrients back to the soil. However, it can become an invasive species in agricultural areas as well.

What is Perennial Ryegrass 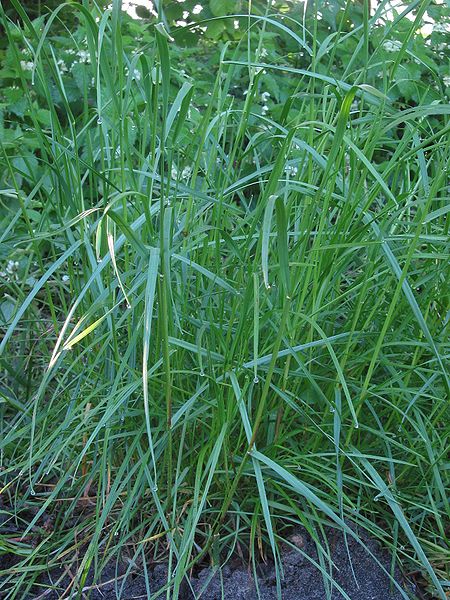 However, one drawback of perennial grass is its inability to tolerate shades. It needs direct sunlight for proper growth. Moreover, it can tolerate foot traffic well. Due to these favorable characteristics, perennial ryegrass is widely grown all over the world including north of the tropical areas into the transition zone and into the regions of the cold season zone.

Similarities Between Annual and Perennial Ryegrass

Difference Between Annual and Perennial Ryegrass