Antheridium and archegonium are the two types of reproductive organs in cryptogams. Generally, cryptogams include pteridophytes, bryophytes, and thallophytes. They undergo a ‘hidden reproduction’ through the production of spores, without flowers or seeds. 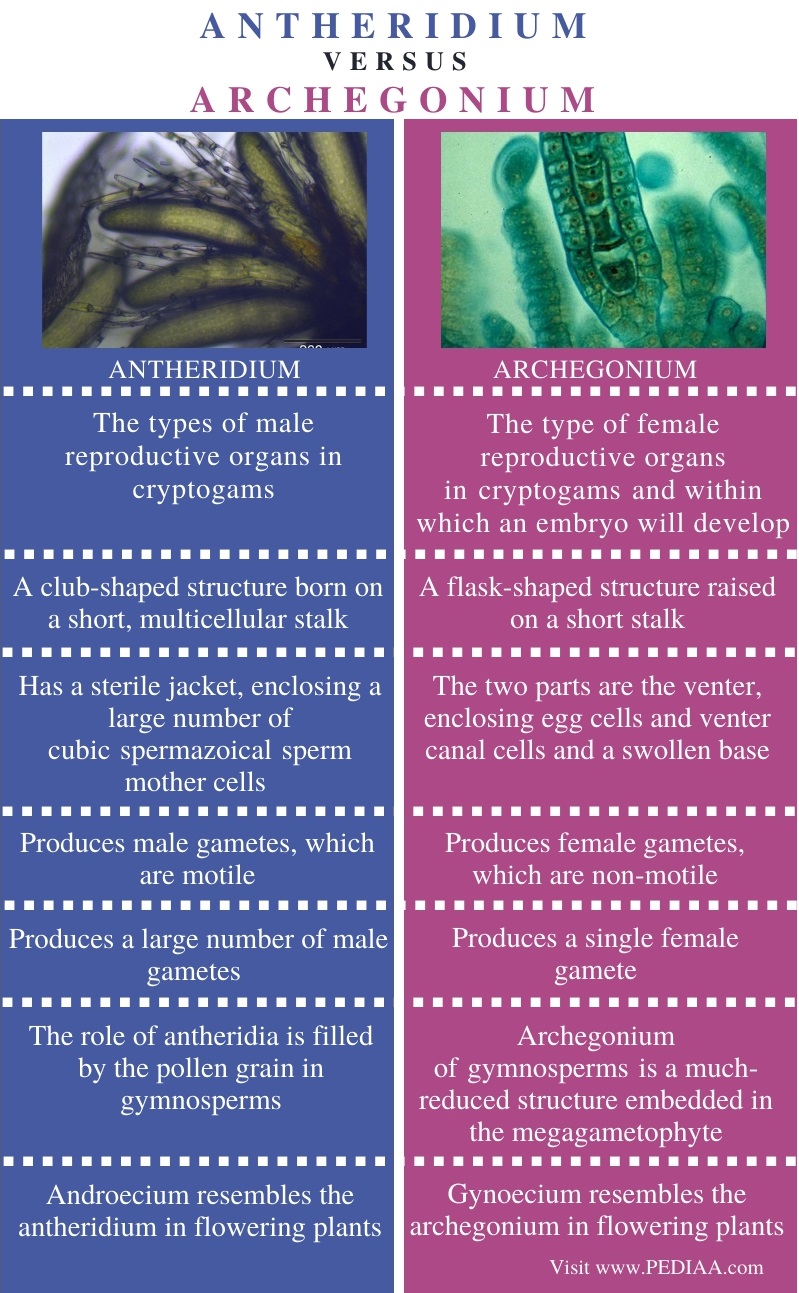 Antheridium is the male sex organ, which produces male gametes in cryptogams. Generally, it is a haploid structure whose function is to produce male gametes called antherozoids or sperms. Furthermore, androecium refers to the structure containing one of more antheridia. It also refers to a collection of stamens in flowering plants. However, the gametophyte of ferns, bryophytes, and algae contains antheridia. Antheridia are reduced to form a pollen grain in both angiosperms and gymnosperms, being a single generative cell. 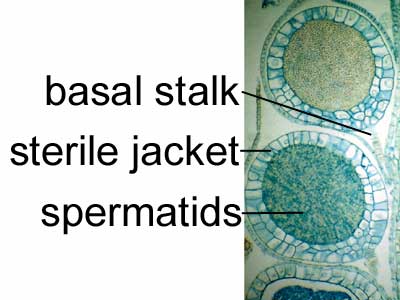 Furthermore, antheridium is a club-shaped structure with two components: sterile cells and the spermatogenous tissue. Basically, the sterile cells serve as a protective jacket, forming a central support structure. Meanwhile, the spermatogenous tissue undergoes mitosis to produce spermatids. The male gametes or sperms are motile in cryptogams, and therefore, they require water for undergoing fertilization. 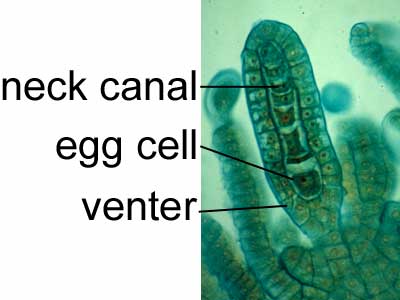 Moreover, archegonium is a flask-shaped structure. It also contains two parts: the venter and a swollen base. Normally, the venter or the long neck encloses both the egg cell and the venter canal cells. Also, it is composed of six vertical rows of neck cells, enclosing the neck canal cell. In gymnosperms, the diploid cells of the megasporangium or the nucellus surround the ovule inside which female germ cell occurs. Especially, archegonium forms following pollination inside megastrobili in gymnosperms.

Antheridium has a sterile jacket, enclosing a large number of cubic spermazoical sperm mother cells, while the two parts of the archegonium are the venter, enclosing egg cells and venter canal cells and a swollen base.

The role of antheridia is filled by the pollen grain in gymnosperms while the archegonium of gymnosperms is a much-reduced structure embedded in the megagametophyte.

Antheridium is the male sex organ in cryptograms, including ferns, bryophytes, and algae. Generally, it produces a large number of motile male gametes. Also, it has a club-shaped structure on a short stalk. In addition to these, a sterile jacket encloses the sperm mother cells in the antheridium. In comparison, archegonium is the female sex organ in cryptogams. Gymnosperms produce reduced archegonia. However, archegonium is responsible for the production of a single, non-motile egg cell, enclosed by the venter. Therefore, archegonium is a flask-shaped structure, containing a short stalk. The main difference between antheridium and archegonium is their structure and their production of gametes.