Anticoagulant and antiplatelet are the two classes of antithrombotic drugs used to treat thrombosis. Some examples of anticoagulant drugs are heparin, warfarin, dabigatran, apixaban, and rivaroxaban while the two types of antiplatelets are aspirin and a P2Y12 inhibitor used in dual antiplatelet therapy (DAPT). 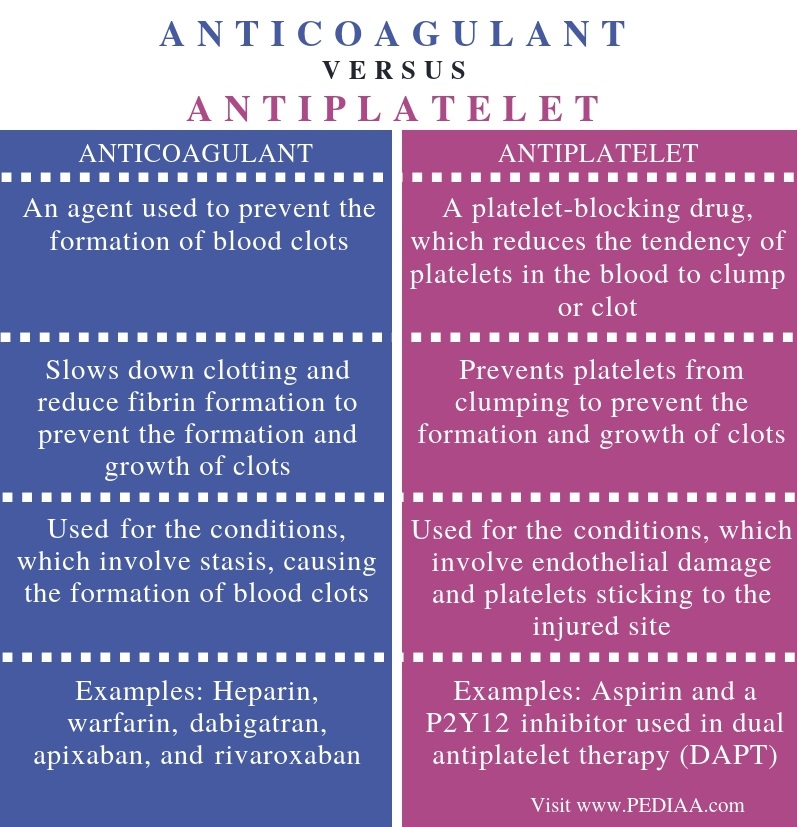 What is an Anticoagulant

Furthermore, drugs with anticoagulants also increase the risk of bleeding. Also, this may become significant in people undergone recent surgery, cerebral aneurysms, etc. However, they play an important role in some disease conditions including atrial fibrillation, coronary artery disease, deep vein thrombosis, ischemic stroke, myocardial infarction, pulmonary embolism, etc. Although there is a stasis in the heart, atrial fibrillation can cause thrombosis and sends a thrombus to the brain. Therefore, this condition has to be treated with anticoagulants.

What is an Antiplatelet 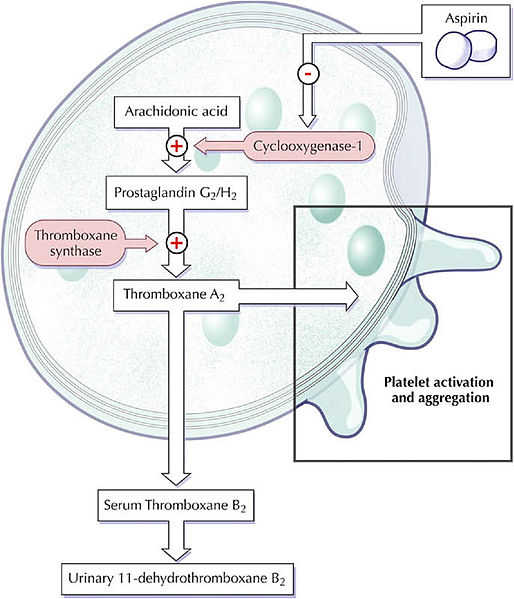 Moreover, antiplatelets reduce the ability of blood clot formation by interfering with the platelet activation process in primary hemostasis. The inhibition can be either reversible or irreversible. However, it prevents the tendency of platelets to damage blood vessels’ endothelium. Additionally, antiplatelet therapy is widely used in the primary and secondary prevention of thrombotic cerebrovascular or cardiovascular disease.

Similarities Between Anticoagulant and Antiplatelet

Difference Between Anticoagulant and Antiplatelet

Anticoagulant refers to an agent used to prevent the formation of blood clots, while antiplatelet refers to a platelet-blocking drug that reduces the tendency of platelets in the blood to clump or clot. Thus, this is the main difference between anticoagulant and antiplatelet.

Some examples of anticoagulant drugs are heparin, warfarin, dabigatran, apixaban, and rivaroxaban, while the two types of antiplatelets are aspirin and a P2Y12 inhibitor used in dual antiplatelet therapy (DAPT).