The main difference between atta and wheat flour is that atta flour contains a higher fibre content than regular wheat flour. 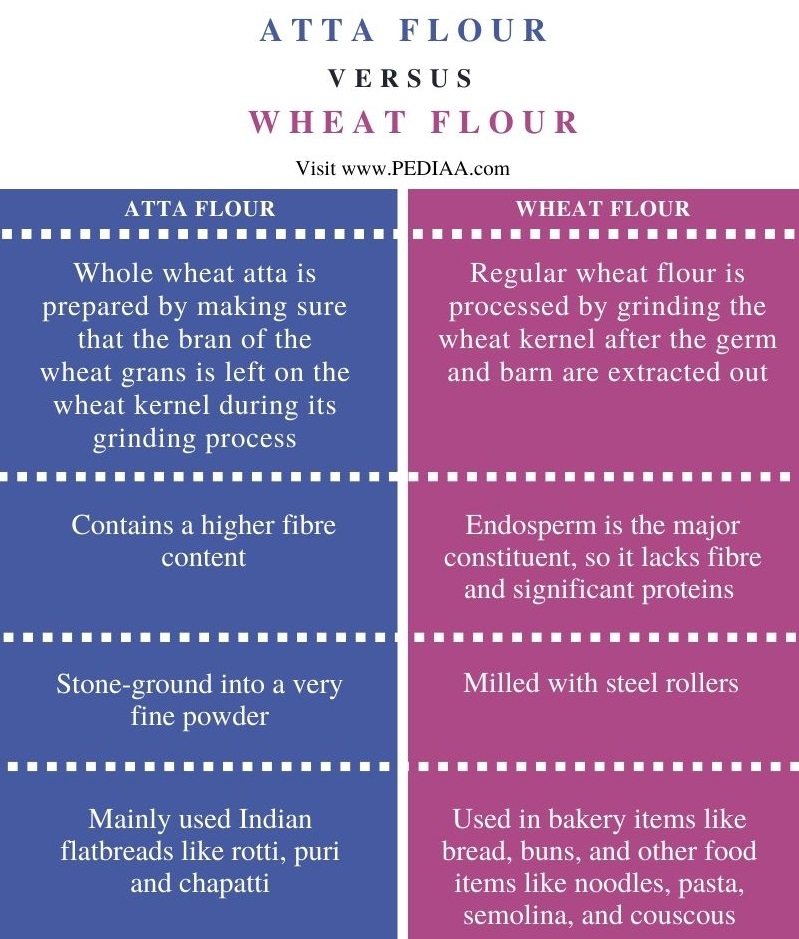 What is Atta Flour

Atta flour is a type of wheat flour. Atta flour is mainly used in South Asian cuisine. It is basically a whole wheat flour that comes from hard wheat. Therefore, atta flour contains a high amount of vitamins and proteins. A dough made with atta flour is usually stern; however, it is possible to flatten it into very thin rotti. 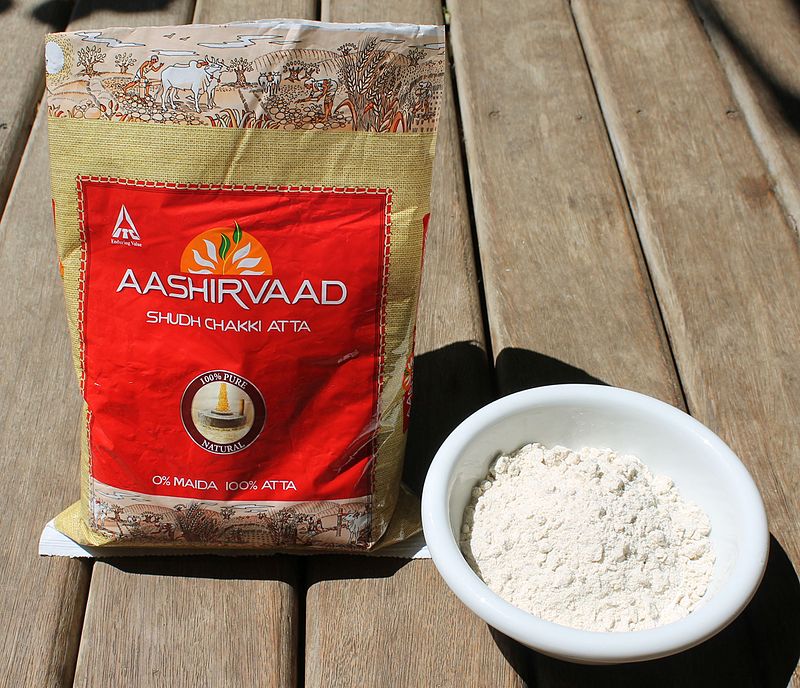 Atta flour is quite popular among Indian and Pakistanis communities whose diet largely include flatbreads like rotti, puri and chapatti. Most significantly, there are a lot of health benefits of atta flour. It’s a remedy for constipation and helps to maintain the balance of blood glucose levels of diabetic patients. It also acts as a better alternative for wheat flour to prevent weight gain and helps in reducing the adverse effects in your digestive system, and prevent health conditions like colon cancer, breast cancer, intestinal cancers, and strokes.

What is Wheat Flour

Wheat flour is one of the world’s most common types of flour around the world. Wheat is made with a grain taken from a type of grass that is grown in innumerable varieties worldwide, including bread wheat, emmer wheat, einkorn wheat, durum wheat, spelt wheat, and Khorasan wheat.

The biggest difference between atta and whole wheat flour is their milling process: Wheat flour is basically a type of flour made from wheat grains, which is comparatively finer and behaves a little differently in bread in contrast to stone-ground atta. White and whole-wheat flour are the main ingredients in bakery items such as bread, buns, and other food items like noodles, pasta, semolina, couscous, and burger.

However, the consumption of wheat flour has become a highly controversial matter at present due to its concentration of gluten, a protein that has the ability to damage the immune system of vulnerable individuals. However, for individuals with gluten tolerance, wheat flour can be a rich source of different vitamins, minerals, fibre, and antioxidants.

Similarities Between Atta and Wheat Flour

Difference Between Atta and Wheat Flour

Whole wheat atta is prepared by making sure that the bran of the wheat grans is left on the wheat kernel during its grinding process, conserving its fibre content, while regular wheat flour is processed by grinding the wheat kernel after the germ and barn are extracted out.

In regular wheat flour, the endosperm is the major constituent, so wheat flour lacks major nutrients such as fibre and significant proteins that are present in whole wheat atta flour.

Wheat flour is milled with steel rollers in contrast to atta flour which is usually stone-ground into a very fine powder.

The main difference between atta and wheat flour is that atta flour is processed by grinding the whole wheat kernel, while regular wheat flour is often obtained by grinding the wheat kernel after extracting its bran and germ. These processing techniques have made whole wheat atta flour have a grainy texture combined with all nutrients, making it comparatively healthier than regular wheat flour, which has a less concentration of fibres devoid of some essential proteins.