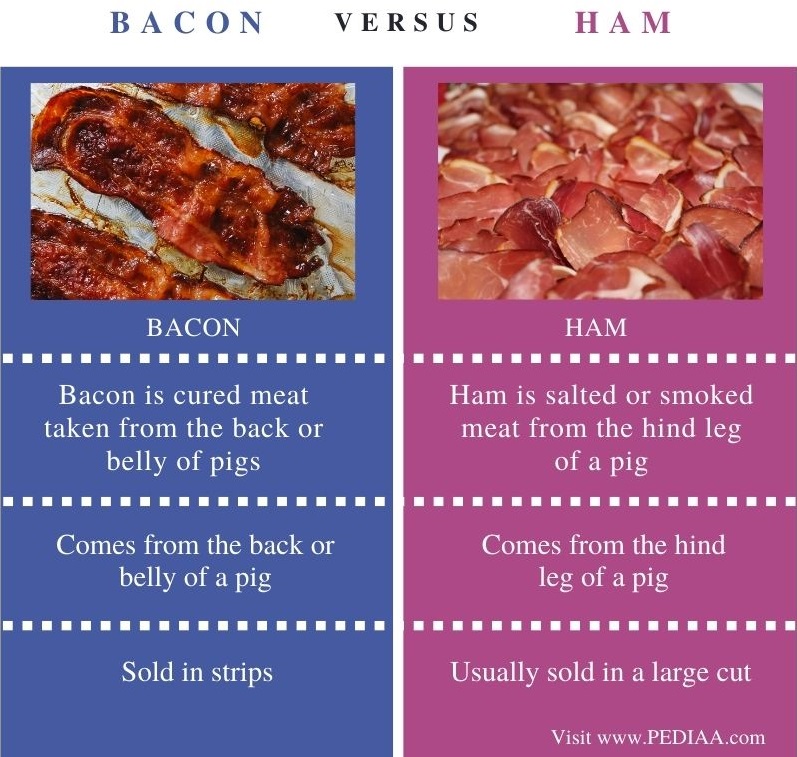 Bacon is cured meat taken from the back or belly of pigs. You can serve it on its own, as a side dish, or as an ingredient to flavour dishes. There are different types of bacon. Side bacon, which comes from the side of pigs, is the most popular bacon in the US. This cut is very fatty, with long layers of fat going parallel to the rind. Back bacon, which comes from the loin in the middle of the back, is the most common bacon in the UK. This has a texture similar to ham. It’s the amount of fat in bacon that gives it flavour and allows it to have a crisp yet tender texture. In general, bacon has a combination of salty, sweet, fatty, and smoky flavours. 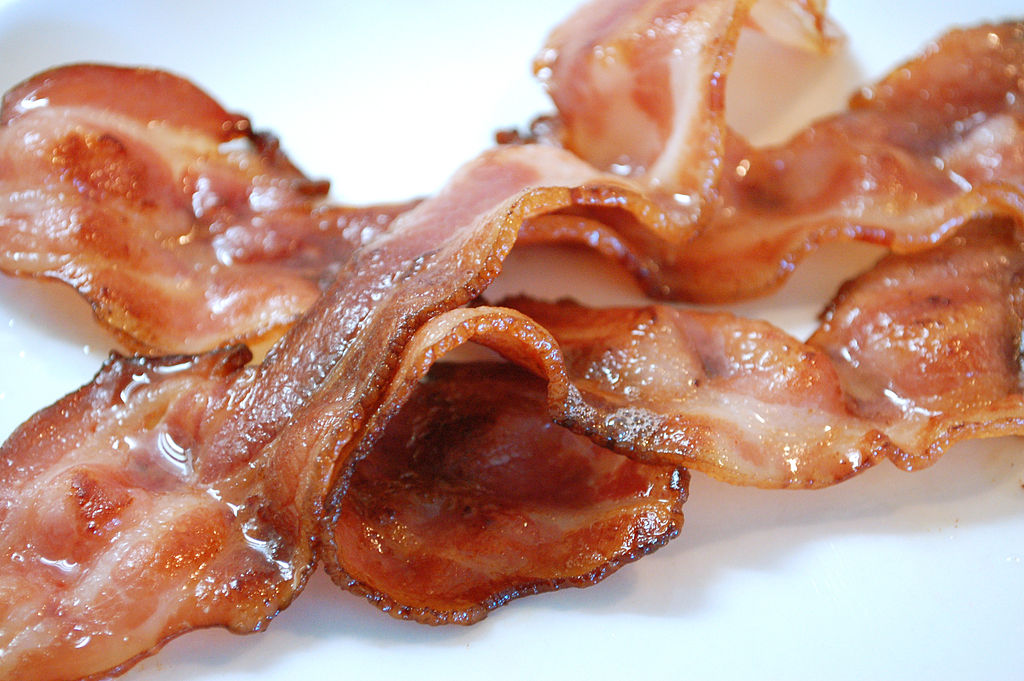 The bacon we buy from supermarkets or delis is cured, i.e., soaked in a solution of salt, nitrates, and sugar and has gone through a smoking process. There are three basic methods to cook bacon: using a skillet, in the oven, or in the microwave.

Ham comes from the hind leg of a pig. Like any other cut of meat, it can be cooked, usually slow roasted. But ham usually undergoes a curing or pre-cooking processing. The main way of preparing ham involves curing, ageing and smoking. Most cuts of ham are prepared using a combination of these methods. 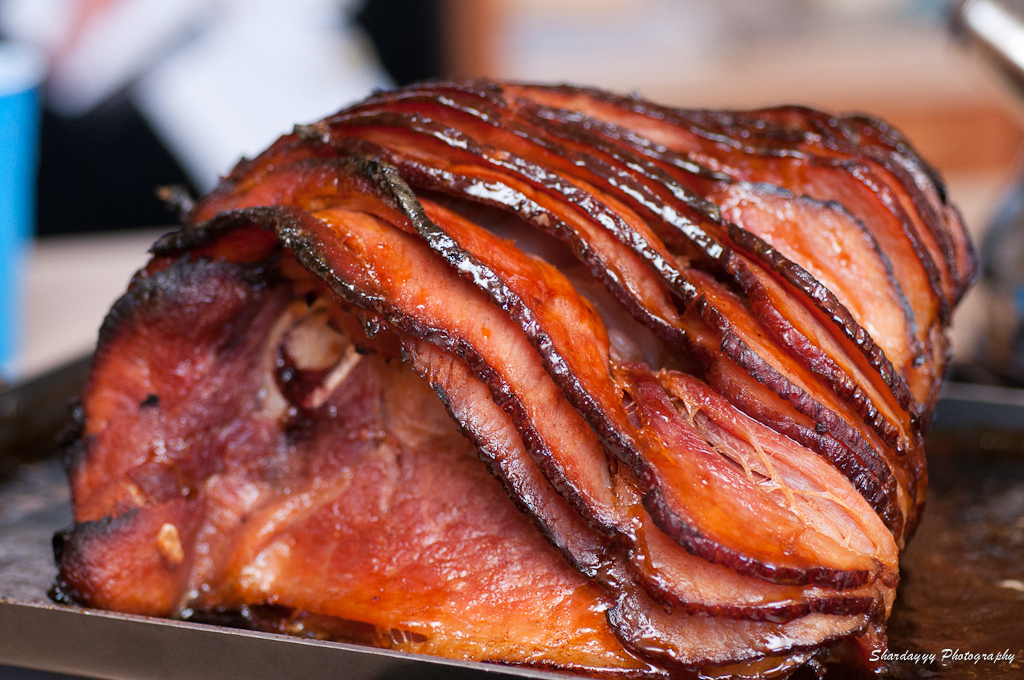 Curing ham involves injecting fresh ham with a solution of the brine of salt, sugar, sodium erythorbate, sodium nitrate, sodium phosphate, potassium sodium nitrate, and water. Next, the ham is cooked to a temperature of 150 F. This process kills bacteria in the ham. Cured ham is the ham we usually find in most delis and supermarkets. Ageing ham, on the other hand, involves extensive salting and seasoning. Then the ham is hung in well-ventilated rooms with controlled temperatures for a long period of time. Smoked-ham is made by smoking the ham at around 60 F. This smoking process can go on for days or even weeks. Moreover, the smoking process usually involves wood chips, and the type of wood used can add a subtle flavour to the ham. Cold-smoked ham also involves salt curing.

Difference Between Bacon and Ham

Bacon is a cured meat taken from the back or belly of pigs while ham is salted or smoked meat from the hind leg of a pig.

Moreover, bacon is sold in strips while ham is usually sold in a large cut.