In brief, the base sequence and amino acid sequence are two sequences of monomer units, which ultimately build two of the three main macromolecules of the body: the nucleic acids and proteins, respectively. Generally, both types of macromolecules play a key role in storing genetic information and utilizing them in protein synthesis. What is a Base Sequence The four types of nitrogenous bases in the DNA are the adenine, guanine, cytosine, and thymine. But, in RNA, uracil occurs instead of thymine. Also, in DNA, the pentose sugar is deoxyribose, while ribose is the pentose sugar in RNA. However, phosphodiester bonds occur between nucleotides in both DNA and RNA. Besides these, each base sequence has a directionality; one end is the 3′ end, containing a free OH group while the other end is the 5’end with a free phosphate group. 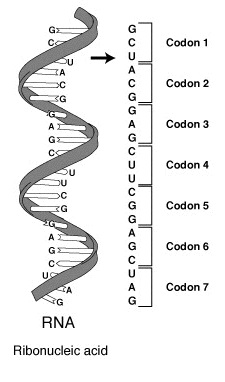 Both DNA and RNA occur in nature either in their primary, secondary, tertiary or Quaternary structure. However, the RNA is typically a single-stranded molecule, but the DNA is usually a double-stranded molecule. Also, the two strands of DNA contain complementary bases to each other. And, the arrangement of these strands appears in an antiparallel manner.

The main biological significance of a base sequence is that it represents a codon sequence, which can be used to produce an amino acid sequence of a functional protein in the body. Here, each codon represents an amino acid according to the genetic code. 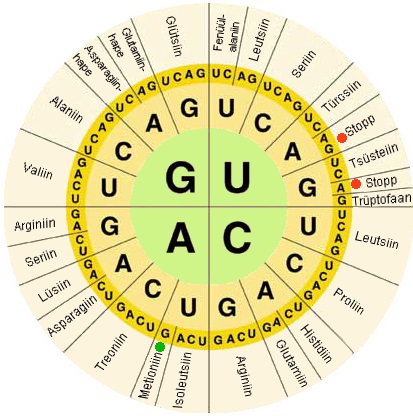 Based on the central dogma of molecular biology, the base sequence or codon sequence is transcribed during transcription, producing an mRNA molecule that contains the exact codon sequence. Then, decoding of the mRNA molecule results in the amino acid sequence in a process called translation, with the help of ribosomes.

What is an Amino Acid Sequence Proteins are one of the three types of macromolecules in the body. They play a vital role as structural, regulatory, signaling, and ligand-binding molecules. Also, proteins serve as enzymes that catalyze biochemical reactions vital in the metabolism. Furthermore, proteins, like actin and myosin, play structural and mechanical functions in the cytoskeleton. Besides these, other proteins take part in cell signaling, cell cycle, immune response, and cell adhesion.

Moreover, animal intake proteins through their diet. And, their digestion results in releasing both essential and nonessential amino acids, which can be used in protein synthesis.

Similarities Between Base Sequence and Amino Acid Sequence

Difference Between Base Sequence and Amino Acid Sequence