The main difference between peptide and protein is that peptide is a short sequence of amino acids with a primary structure whereas protein is a polypeptide, a much larger structure with different levels of organization such as secondary, tertiary, and quaternary structures. Furthermore, peptide bonds occur between amino acids in the polypeptide chain while different polypeptide chains of a protein are connected by hydrogen bonding, disulfide bridges, etc.

Peptide and protein are two types of structures made up of amino acids. Generally, they are essential organic compounds that perform various functions inside the cell. 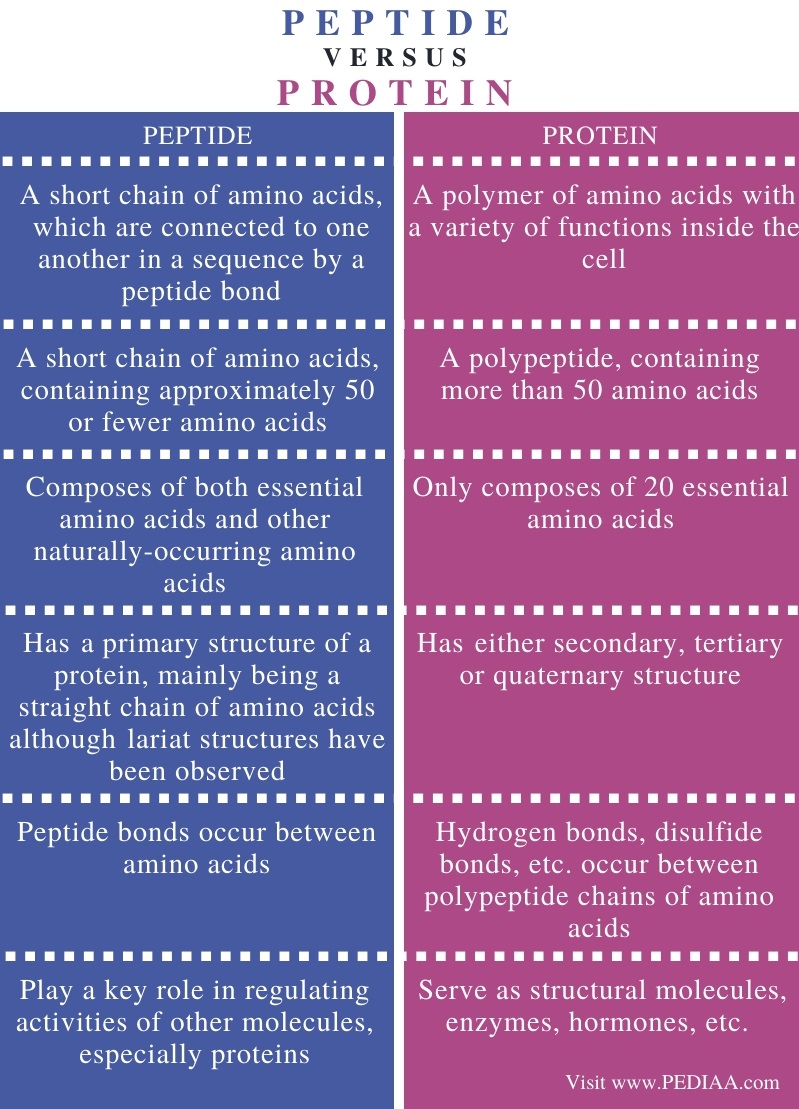 What is a Peptide

Furthermore, each amino acid is attached to the chain through a peptide bond. Since peptides have a fewer number of amino acids, they are linear molecules. In general, the biological function of peptides is to regulate the activities of other molecules.

A protein is one of the four types of biological macromolecule found in the body. It is composed of a series of amino acids, determined by the information encoded in the corresponding gene. Protein synthesis occurs through two steps: transcription and translation. The bonds that link amino acids together are peptide bonds. 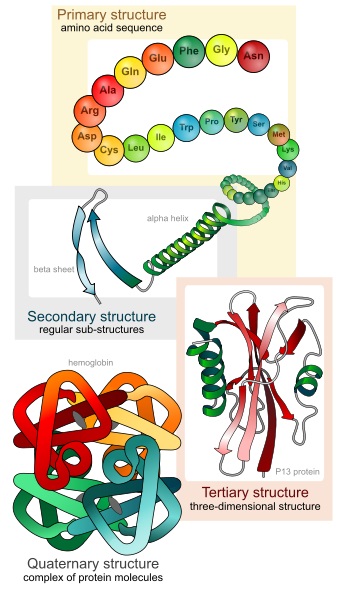 Proteins perform various functions in the body. Usually, they take part in the formation of structures, including muscle, cartilages, hair, nails, and cell membrane components. Moreover, most globular proteins serve as enzymes, hormones, and transport proteins in the blood. Other globular proteins called antibodies serve as key molecules in the immune system.

Similarities Between Peptide and Protein

Difference Between Peptide and Protein

Peptides have a primary structure of a protein, mainly being a straight chain of amino acids although lariat structures have been observed. In contrast, proteins have either secondary, tertiary or quaternary structure.