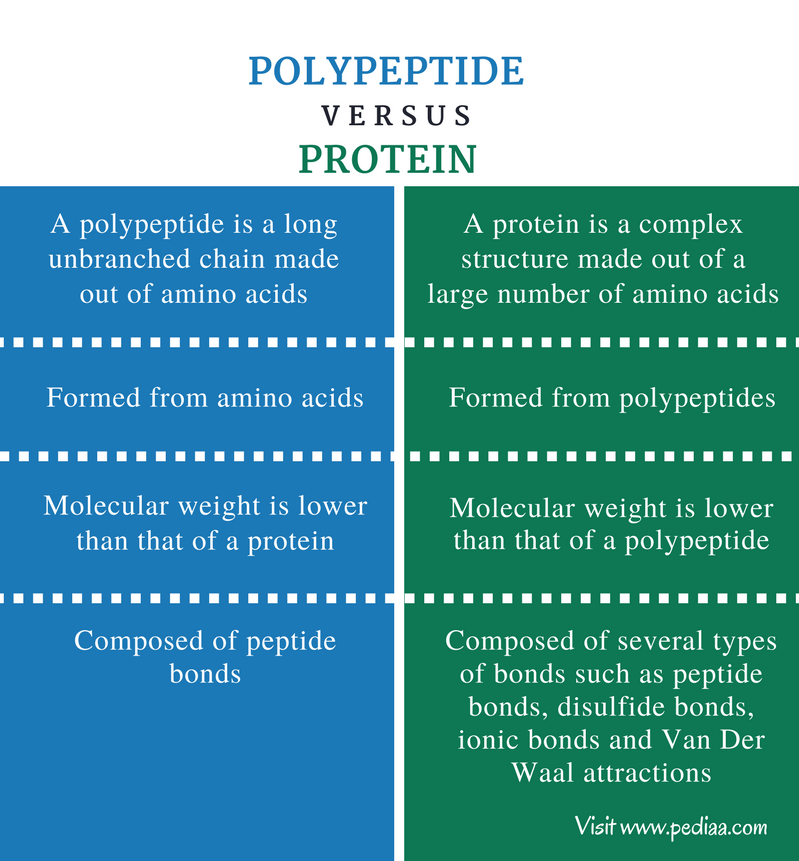 What is a Polypeptide

Amino acids are linked covalently to form this long unbranched polypeptide chains. This covalent bond is called a peptide bond. A peptide bond is formed from a condensation reaction between two amino acid molecules. Here, the carboxyl group of one amino acid will react with the amino group of another amino acid. This eliminates a water molecule by combining the –OH of carboxyl group and H from an amino group. Then the resulting bond will be –CONH- bond. Therefore, in order to identify the presence of peptide bonds, we can find the presence of –CONH- bonds. 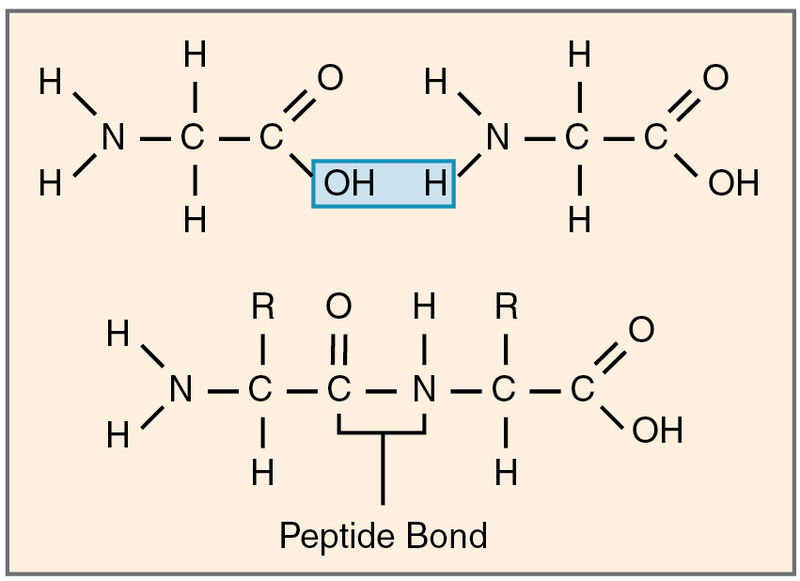 Figure 1: Formation of a Peptide Bond

A protein is a complex structure made out of a large number of amino acids. Amino acids bind together to form polypeptide chains. These chains can combine to form a protein. Proteins are very large and complex molecules having a high molecular weight. There are four levels of the arrangement of a protein. 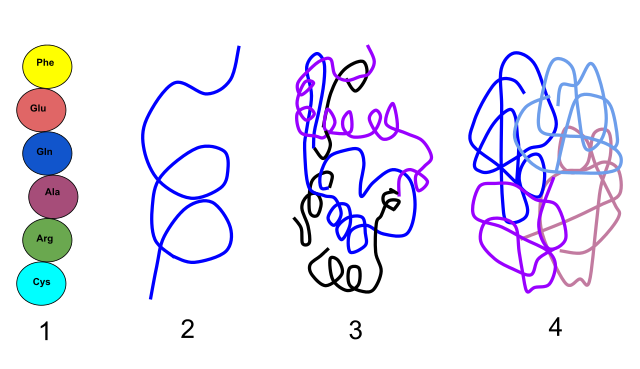 The primary structure of a protein is simply a long polypeptide chain. There can be sulfide bonds in between amino acids present in this chain.

The quaternary structure is composed of several subunits or polypeptides. Here, hydrophobic interactions are used to hold these subunits together. A good example for this is Hemoglobin.

Difference Between Polypeptide and Protein

Polypeptide: A polypeptide is a long unbranched chain made out of amino acids.

Proteins: A protein is a complex structure made out of a large number of amino acids.

Proteins: Proteins are made from polypeptides.

Polypeptide: The molecular weight of a polypeptide is lower than that of a protein.

Proteins: The molecular weight of a protein is higher than a polypeptide.