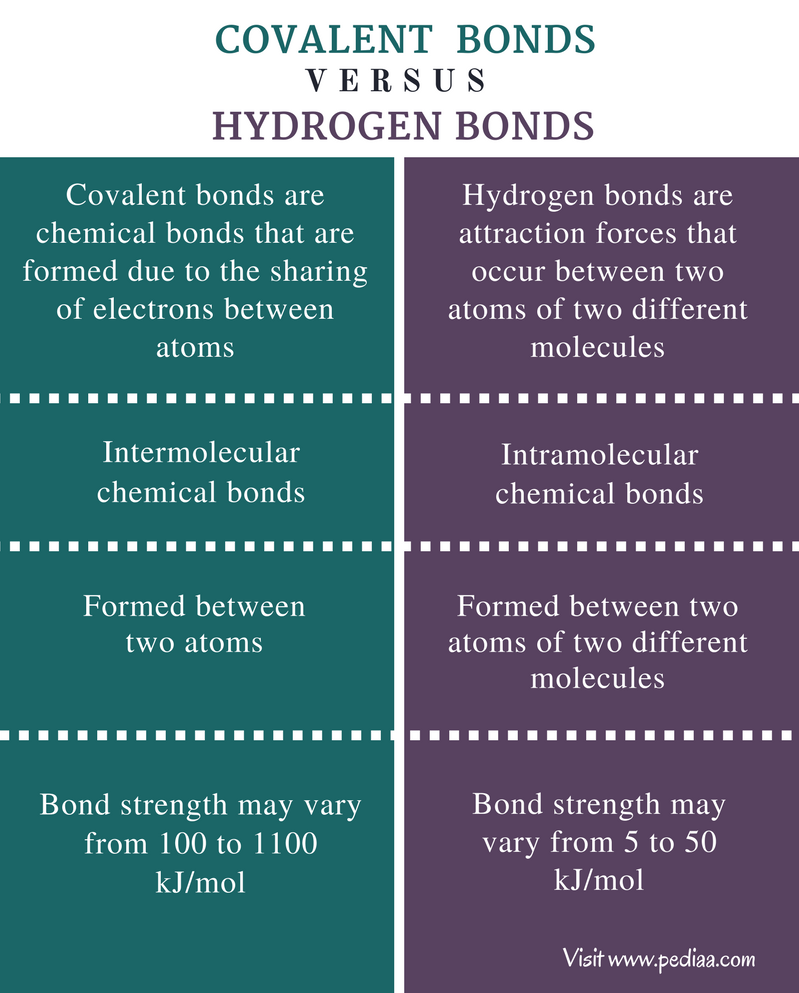 What are Covalent Bonds

The main purpose of formation of a covalent bond is to fill the outermost orbitals of atoms in order to get stabilized. Covalent bonding is found among nonmetals and metalloids. Covalent bonds are very strong attractions and the covalent bond strength ranges from 100 to 1100 kJ/mol. 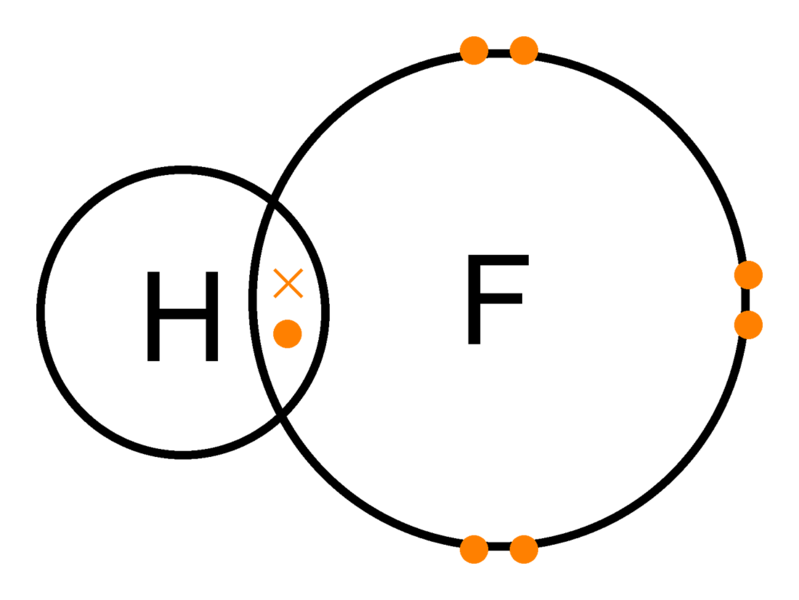 The above image shows the covalent bond between hydrogen (H) atom and fluorine (F) atom. Here, the cross mark indicates the unpaired electron in the hydrogen atom and dot marks show the electrons in the outermost orbital of fluorine.

What are Hydrogen Bonds 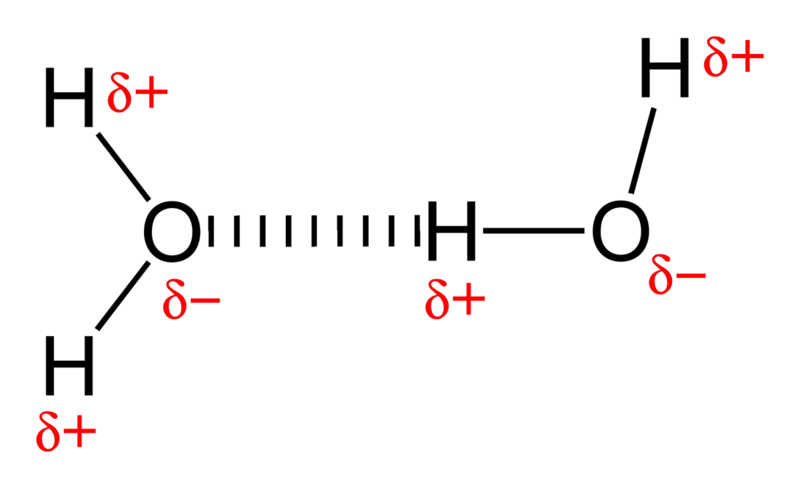 Water is the most common example for a compound having hydrogen bonds. Here, the oxygen atom of one water molecule can attract a hydrogen atom of another molecule due to the charge separation in that molecule.

Similarities Between Covalent and Hydrogen Bonds

Difference Between Covalent and Hydrogen Bonds

Covalent Bonds: Covalent bonds are chemical bonds that are formed due to the sharing of electrons between atoms.

Covalent Bonds: The bond strength of covalent bond may vary from 100 to 1100 kJ/mol.

Hydrogen Bonds: The bond strength of hydrogen bond may vary from 5 to 50 kJ/mol.