The periodic table of elements indicates all elements that have been discovered on earth. These metals can be classified into different categories according to the similarities in their properties. However, the major way of categorizing these elements is according to the degree of metallic properties they display. Elements are categorized into metals, nonmetals and metalloids according to this classification. A metal is an element which is typically hard, shiny, fusible, malleable, and ductile, with good electrical and thermal conductivity. A nonmetal is an element that does not have the properties of a metal. A metalloid is an element having intermediate properties of both metals and nonmetals. This is the main difference between metals nonmetals and metalloids. 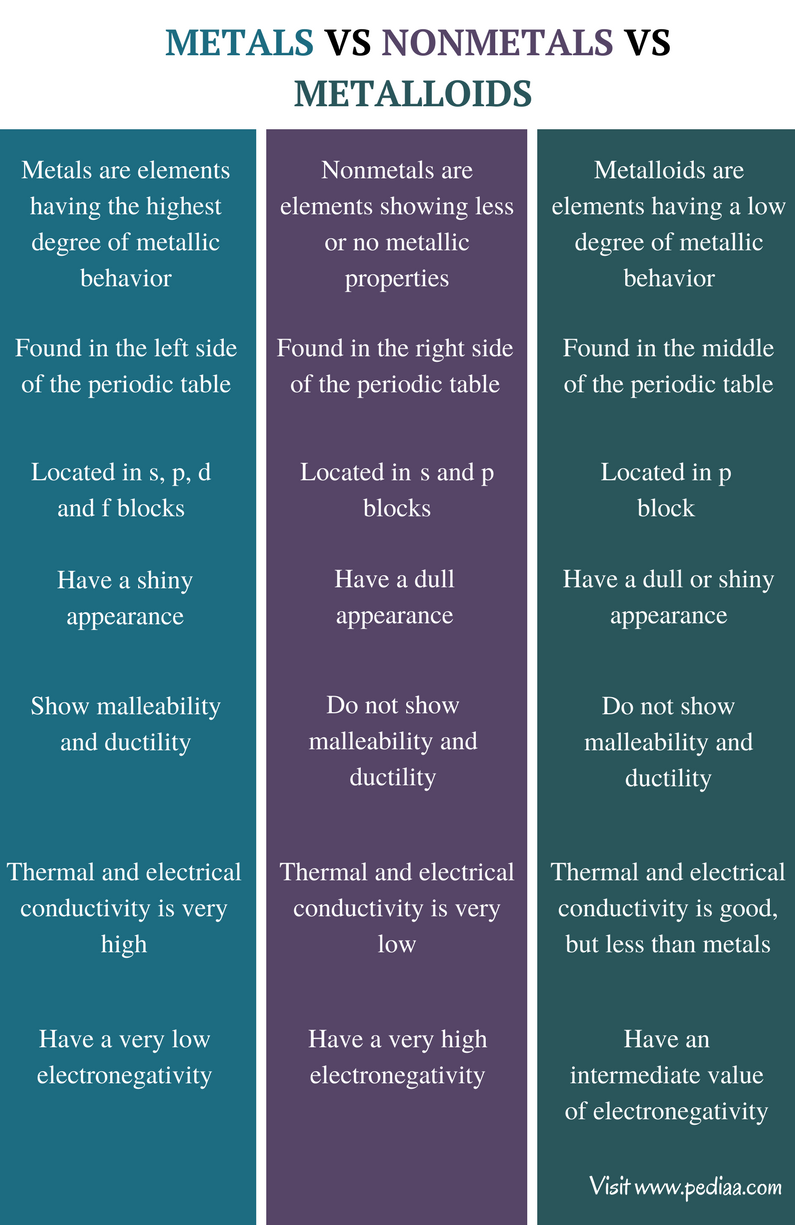 What is a Metal

Metals are elements having the highest degree of metallic behavior. Metals are found in the left side of the periodic table. They have a characteristic metallic appearance known as luster or shine. Ductility and malleability is a main feature of metals. Malleability refers to a metal’s ability to deform under pressure and ductility refers to its ability to be drawn into wire-like structures.

Metals are usually solids at room temperature. But mercury is an exception. Although Mercury is a metallic element, it is a liquid at room temperature because all other metals usually have higher melting points. Unlike other metal atoms, mercury atoms are weak at sharing electrons with each other, so they have weak interactions. Therefore, mercury atoms can easily escape, resulting in a lower melting point. 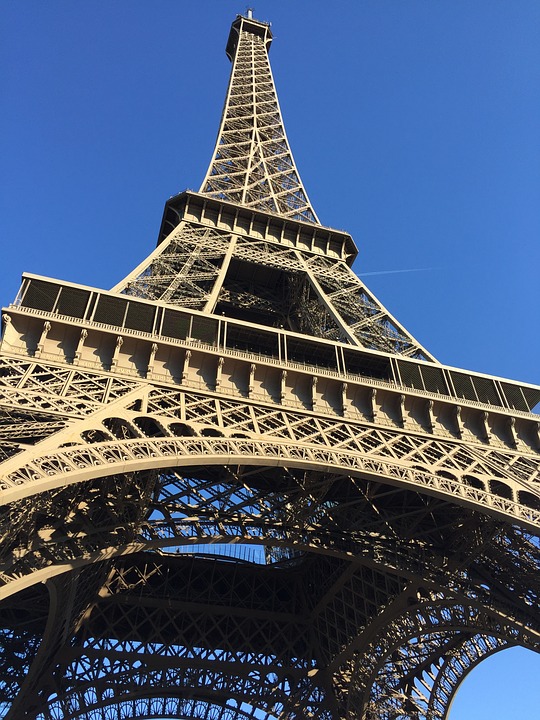 Figure 1: The Eiffel Tower – Made out of metals.

Metals are excellent heat and electrical conductors because readily lose electrons which have the ability to participate in conducting electricity. In other words, metals have free electrons. Metals normally undergo corrosion under moist conditions and in the presence of salt water.

In the periodic table, metal elements are found in all s, p, d and f blocks. Metals have less number of electrons in their outermost s and p orbitals (except for few metals). Normally metals can form cations and their oxidation numbers are nearly always positive values. Metals also show very low electronegative values and form ionic compounds. 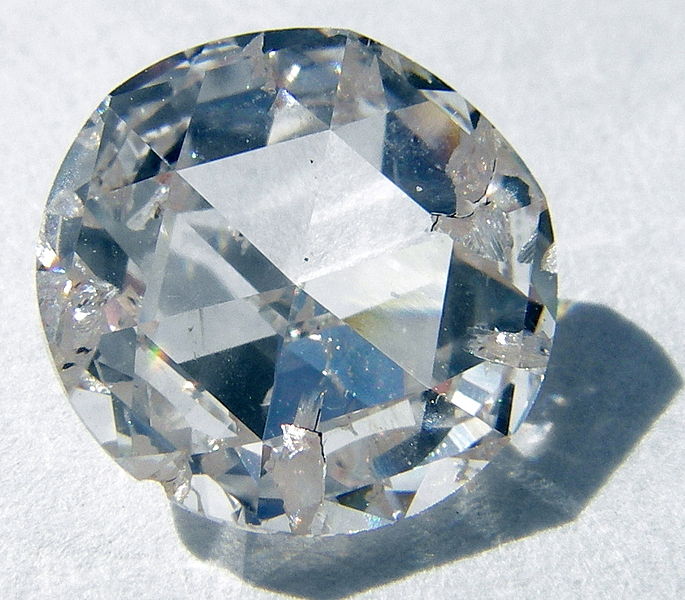 Figure 2: Diamond- made out of carbon; nonmetal

Nonmetals have very low melting points. They tend to form anions by gaining electrons. They form covalent compounds. The oxidation number of a nonmetal can be either positive or negative. Electronegativity is very high in nonmetals.

What is a Metalloid

The major application of metalloids is in the production of semiconductors. All metalloids are solids at room temperatures. The density of metalloids is in between metals and nonmetals. They are brittle. Metalloids are placed in p block in the periodic table. These elements are positioned in between metals and nonmetals in the periodic table. The number of electrons in the s and p orbitals is a medium number.

Figure 3: A semiconductor made out of metalloids 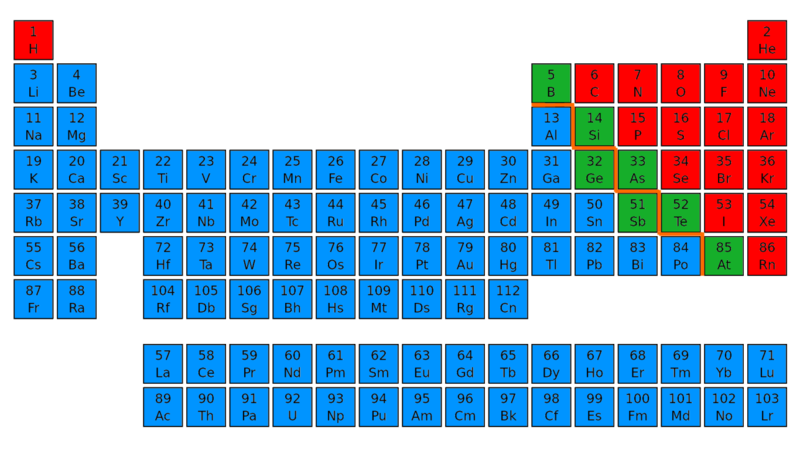 Difference Between Metals Nonmetals and Metalloids

Metals: Metals are elements having the highest degree of metallic behavior.

Nonmetals: Nonmetals are elements showing less or no metallic properties.

Metalloids: Metalloids are elements having a low degree of metallic behavior.

Position in the Periodic Table

Metals: Metals are found in the left side of the periodic table.

Nonmetals: Nonmetals are found in the right side f the periodic table.

Metalloids: Metalloids are found in the middle of the periodic table.

Block in the Periodic Table

Nonmetals: Nonmetals are found in s and p blocks.

Metals: Metals have a shiny appearance.

Nonmetals: Nonmetals have a dull appearance.

Metalloids: Metalloids have a dull or shiny appearance.

Nonmetals: Nonmetals do not show malleability and ductility.

Metalloids: Metalloids do not show malleability and ductility.

Metals: Thermal and electrical conductivity of metals is very high.

Nonmetals: Thermal and electrical conductivity of nonmetals is very low.

Metalloids: Thermal and electrical conductivity of metalloids is good but less than metals.

Metalloids: Metalloids have an intermediate value of electronegativity.