Bomber jackets and windbreakers are two popular types of outer garments that protect you from wind and cold. Although they share many similarities, there is a distinct difference between bomber jacket and windbreaker. 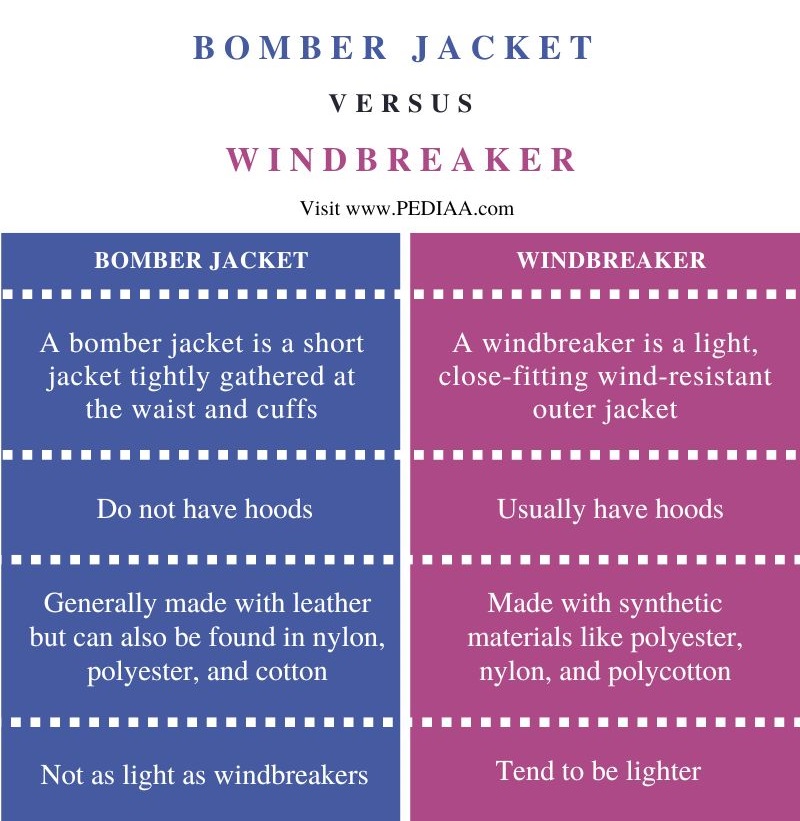 What is a Bomber Jacket

A bomber jacket is a short jacket tightly gathered at the waist and cuffed by elastic bands. Bomber jackets are usually waist-length and have zipper fronts. They also have four pockets at the top and side. Generally, bomber jackets are made with leather, but you can also find cotton, polyester, and nylon bomber jackets in the market. They do not usually have hoods. 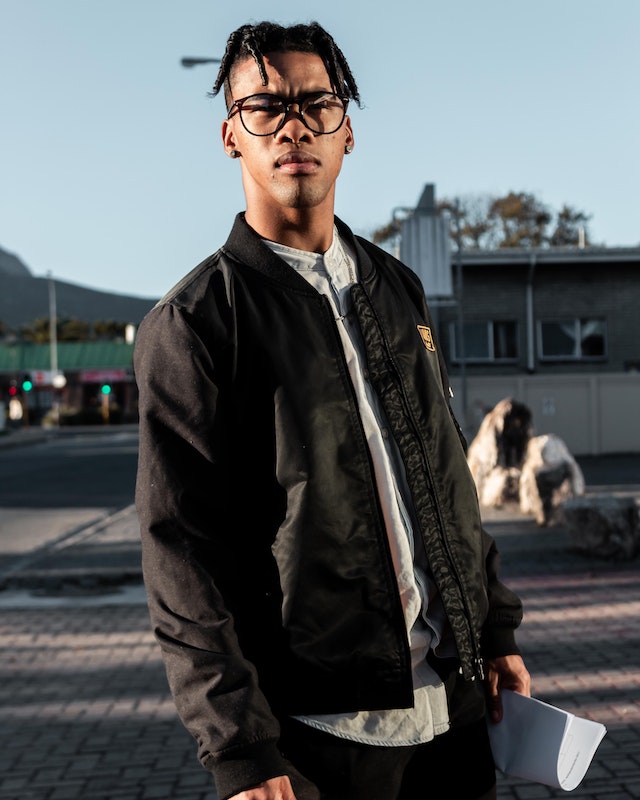 What is a Windbreaker

A windbreaker is a light, close-fitting wind-resistant outer jacket. We can also describe it as a lighter version of a jacket. Like bomber jackets, windbreakers also have a front zipper. People usually wear them during high winds, rains, or cold seasons. Another name for windbreakers is windcheaters. In fact, the name windcheater is common in British English, whereas windbreaker is popular in American English. However, these garments are basically the same. 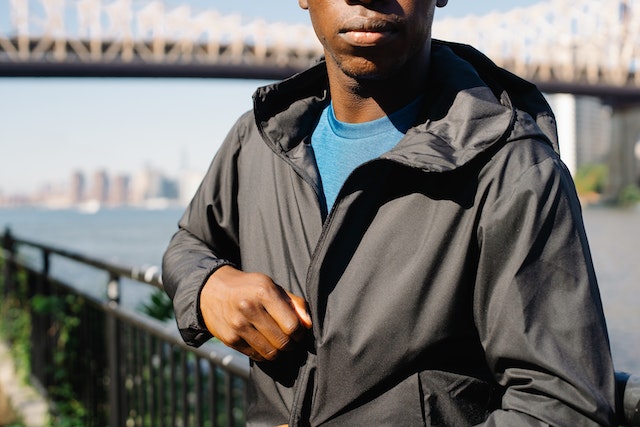 Windbreakers are generally made from synthetic materials and often feature elastic waistbands and armbands. In this regard, they are similar to bomber jackets. But most windbreakers have hoods to protect the head of the wearer from the elements. Some windbreakers also have large pockets on the inside or outside so that the wearer can keep his belongings safe.

Similarities Between Bomber Jacket and Windbreaker

Difference Between Bomber Jacket and Windbreaker

A bomber jacket is a short jacket tightly gathered at the waist and cuffs, while a windbreaker is a light, close-fitting wind-resistant outer jacket.

Generally, bomber jackets do not have hoods, whereas windbreakers have hoods.

Bomber jackets are generally made with leather but can also be found in nylon, polyester, and cotton. Windbreakers, on the other hand, are made with synthetic materials like polyester, nylon, and polycotton.

Windbreakers tend to be lighter than bomber jackets.

1. “What Is A Bomber Jacket?” The Jacket Maker.
2. “Windbreaker.” Wikipedia. Wikipedia Foundation.