The main difference between Brie and Camembert is that Brie is milder with a buttery and creamy flavour, while Camembert has a deeper and more earthy flavour.

Brie and Camembert are two types of soft cheeses that originated in northern France. Interestingly, both of these cheeses have a similar appearance and a somewhat similar flavour. Therefore, many people assume them to be the same; however, there is a distinct difference between Brie and Camembert. 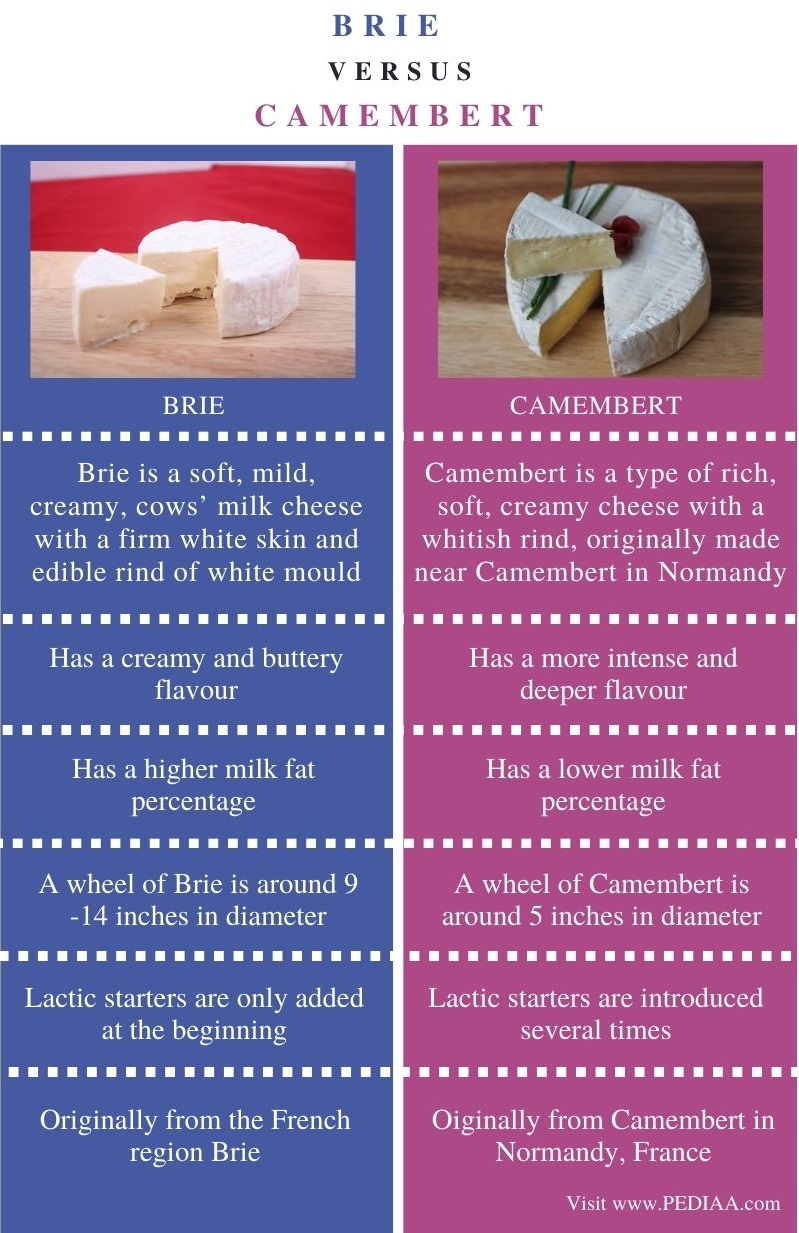 Brie is a soft, mild, creamy, cows’ milk cheese with a firm white skin. It also has a soft, bloomy, edible rind of white mould. This cheese is named after the French region Brie, from which it originated. It has a rich and buttery flavour and a runny, creamy texture, as well as a strong earthy aroma. Brie is high in fat and calcium and has a relatively high sodium content. In addition to these, it’s a good source of protein and vitamins A and B-6. 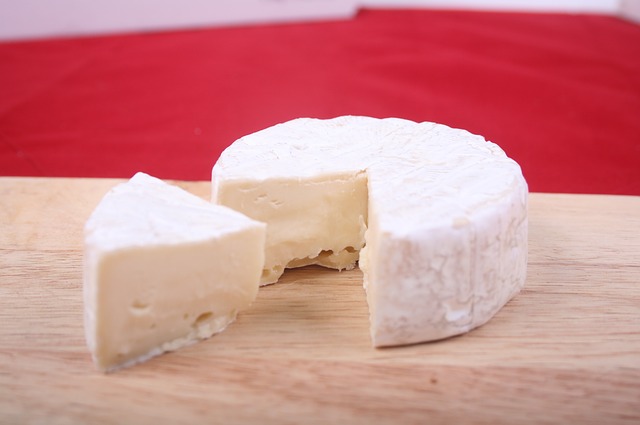 Brie can be made from pasteurized or unpasteurized raw cow’s milk. This milk is thickened and curdled with the addition of enzymes and rennet. Then the curd is cut and ladled into moulds, and the whey is drained off. The next step is salting the cheese. After this, the cheese is left to rest for a week, allowing the rind to blood. The cheese usually becomes ripe in four weeks.

Brie can be served in cheese platters, accompanied by crackers, fruits and nuts. This cheese also bakes well. We can use Brie in casseroles, gratins, sauces, panni or even pizzas. However, before eating, make sure that the rind looks white and fresh, and there are not slimy or brown spots.

Camembert is a cow’s milk cheese with a soft, slightly runny interior and a white, bloomy rind. This cheese originated in Normandy, France. Camembert is moderately high in fat and a good source of protein, calcium, phosphorous, and vitamins A and B. Camembert usually has a deep and intense than Brie. 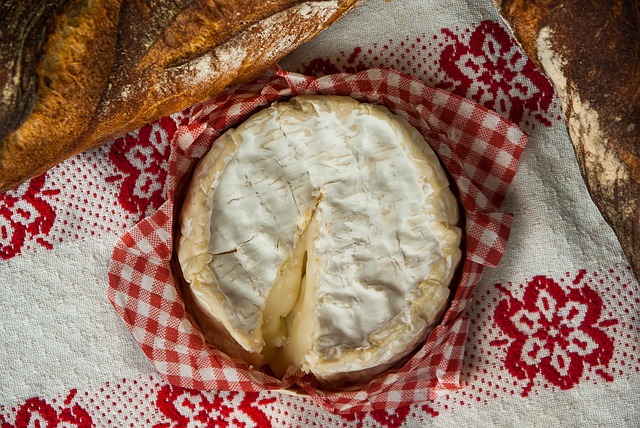 It’s possible to make Camembert from both pasteurized and unpasteurized cow’s milk. First, the milk is mixed with a yeast culture before curdling. Once the curds are formed, they are cut, poured into round moulds and whey is drained off.  Camembert is usually aged for at least four weeks. Moreover, the longer the cheese ages, the stronger the flavour, and softer the texture of the cheese.

Like brie cheese, you can enjoy Camembert in a cheese plater, with crackers, fruits and nuts. You can also use this cheese for baking.

Similarities Between Brie and Camembert

Difference Between Brie and Camembert

Brie is a soft, mild, creamy, cows’ milk cheese with a firm white skin and edible rind of white mould while Camembert is a type of rich, soft, creamy cheese with a whitish rind, originally made near Camembert in Normandy.

Brie has a creamy and buttery flavour while Camembert has a more intense and deeper flavour.

Moreover, Brie has a higher milk fat percentage than Camembert.

The main difference between Brie and Camembert is that Brie is milder with a buttery and creamy flavour, while Camembert has a deeper and more earthy flavour. Moreover, Brie has a higher milk fat percentage than Camembert.