In brief, bronchioles and alveoli are the two components which collectively make up the respiratory zone of the lungs. Generally, they serve as the gas exchange surfaces, which are also surrounded by a network of capillaries. 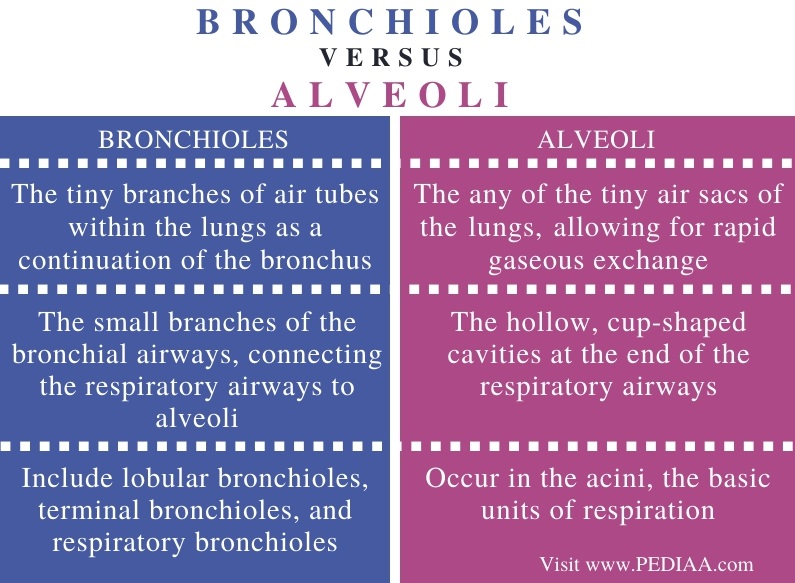 Moreover, the main function of alveoli is to facilitate the exchange of respiratory gases. Generally, deoxygenated blood reaches the lungs through the pulmonary artery from the right ventricle of the heart. At the alveoli, this blood takes oxygen from the air inside the alveoli while releasing carbon dioxide into the alveoli. This forms oxygenated blood, which returns to the left atrium of the heart through pulmonary veins.

Similarities Between Bronchioles and Alveoli

Difference Between Bronchioles and Alveoli

Bronchioles refer to the tiny branches of air tubes within the lungs as a continuation of the bronchus while alveoli refer to the any of the tiny air sacs of the lungs, allowing for rapid gaseous exchange.