Although the name buckwheat has wheat in it, buckwheat is not related to wheat. It’s a pseudocereal related to sorrel and rhubarb. Therefore it does not contain any gluten. Bulgur wheat, on the other hand, is a type of wheat product. Therefore, it naturally contains wheat. 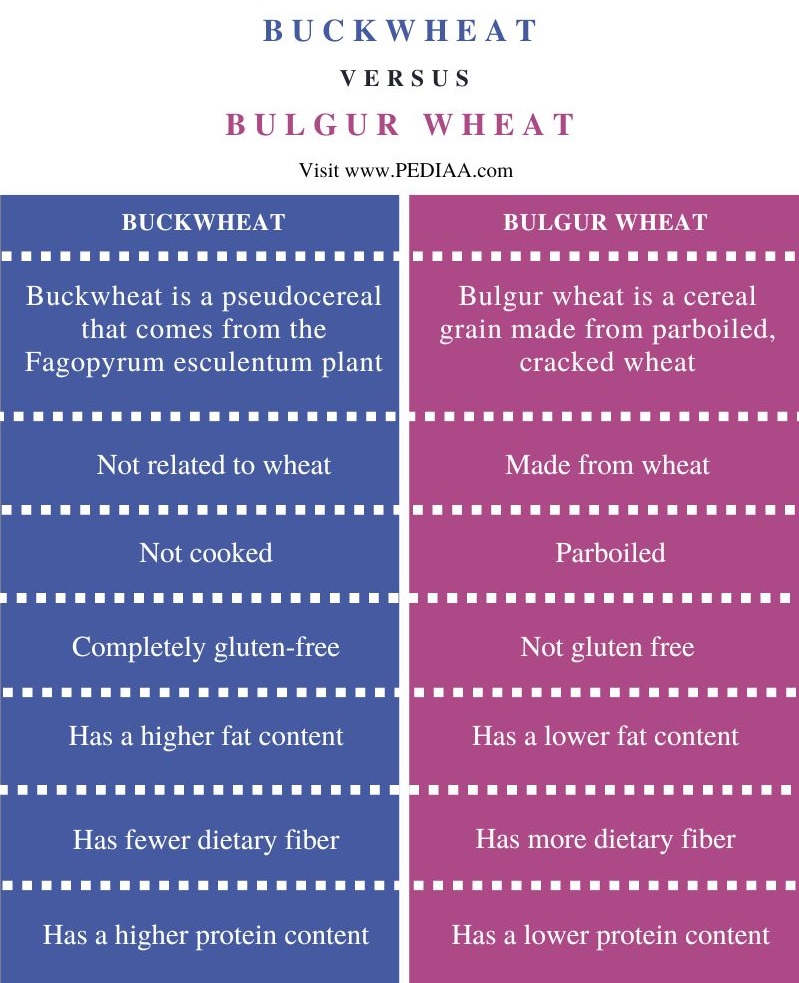 Buckwheat is a pseudocereal that comes from the Fagopyrum esculentum plant. In Asia, buckwheat is obtained from the related Fagopyrum tataricum plant. Despite its name, buckwheat has no relation to wheat. It is related to knotweed, sorrel, and rhubarb. But we can sometimes use buckwheat as a substitute for wheat grains like bulgur and freekeh. 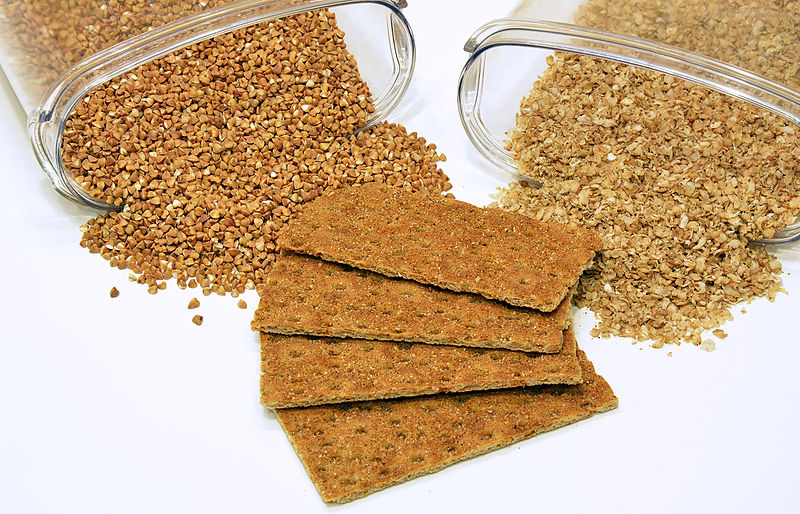 Figure 1: Buckwheat and its Products

Buckwheat is an ancient grain and has been cultivated in many regions for more than 8000 years. But with the introduction of nitrogen fertilizers in the 20th century, the production of buckwheat decreased drastically. This is because farmers started to grow crops like corn and wheat in place of buckwheat. However, buckwheat still plays a major role in Eastern European cuisines. Buckwheat is available as flour, kasha, and soba noodles. When compared with grains like rice and wheat, buckwheat has a somewhat bitter taste. Preparing buckwheat involves rinsing and then boiling the grains with a 1:2 ratio of water.

When considering its nutrition profile, buckwheat is 72% carbohydrates, 10% dietary fiber, 13% protein, 10% water, and 3% fat. Buckwheat is completely free of gluten and is a rich source of plant protein and dietary fiber. It also contains four B vitamins and dietary minerals like niacin, magnesium, manganese, and phosphorus.

What is Bulgur Wheat

Bulgur wheat is a cereal grain made from parboiled, cracked wheat. It is made with different wheat species, but the most commonly used species is durum wheat. It’s a common ingredient in the cuisines of West Asia and the Mediterranean region. Bulgur wheat has a texture similar to quinoa or couscous, and its taste is mild. 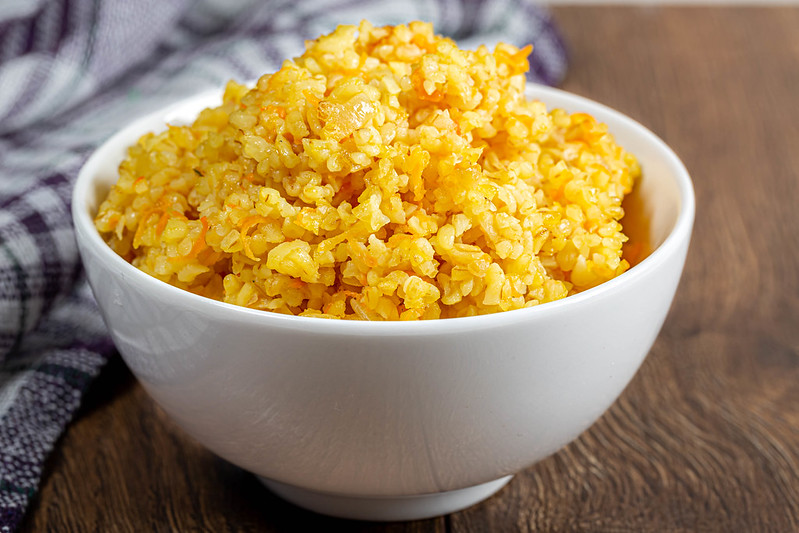 Since bulgur wheat is already parboiled, it does not need much cooking. Some people prepare it by just soaking it in water. However, if the grain is coarse, you will have to cook it for a longer time. Recipes like pottages, tabbouleh salad, kısır, pilavs, breads, and kheer contain bulgur wheat.

Difference Between Buckwheat and Bulgur Wheat

Buckwheat is a pseudocereal that comes from the Fagopyrum esculentum plant, while bulgur wheat is a cereal grain made from parboiled, cracked wheat.

While bulgur wheat is made from wheat, buckwheat is not related to wheat.

Buckwheat available in the market is not cooked, whereas bulgur wheat is parboiled.

Buckwheat is completely gluten-free, whereas bulgur wheat is not gluten-free.

The main difference between buckwheat and bulgur wheat is their gluten content. Since bulgur wheat is a type of wheat, it contains gluten. However, buckwheat is completely gluten-free. In general, both are healthy and contain protein, dietary fibers, and several vitamins and minerals.

1. Murray, Jennifer. “What Is Buckwheat?” The Spruce Eats.
2. Synder, Cecilia. “What Is Bulgur Wheat? Everything You Need to Know.” Healthline.

1. “Buckwheat and products from it 01” By Andrey Korzun – Own work (CC BY-SA 4.0) via Commons Wikimedia
2. “Boiled fresh bulgur porridge in a white bowl” By Marco Verch Professional Photography (CC BY 2.0) via Flickr