The main difference between bulbs corms tubers and rhizomes is that the bulbs consist of modified leaves, which store nutrients while the corms are swollen stem bases and the tubers are thick underground stems, and rhizomes are swollen stems that grow horizontally. For example, daffodils, hyacinths, allium, onion, and tulips develop bulbs; gladiolus, freesia, and crocus develop corms; potatoes develop tubers; iris, lily-of-the-valley, canna and calla lily develop rhizomes.

Bulbs, corms, tubers, and rhizomes are underground storage units that can develop into new plants under favorable conditions. The umbrella term for these structures is ‘geophytes‘. 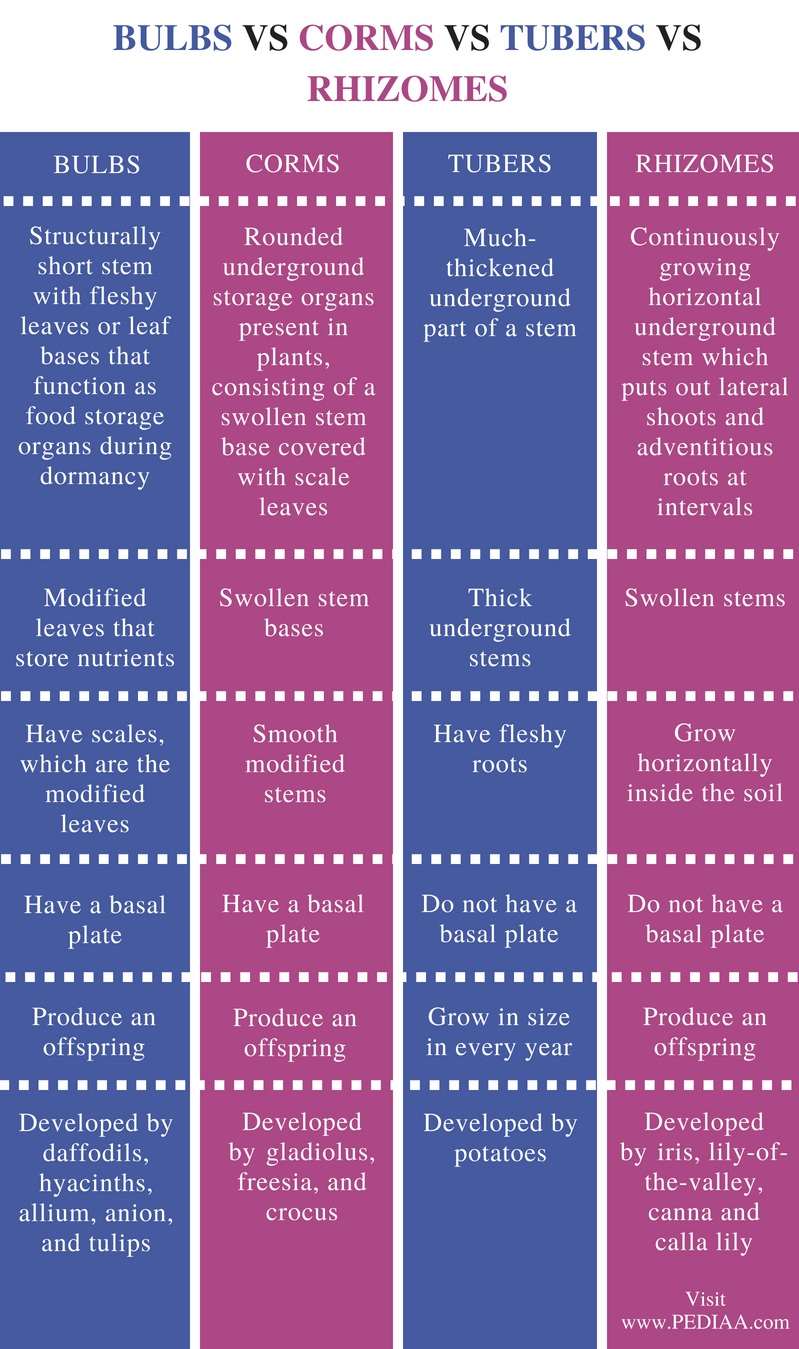 Bulbs are a collection of underground leaves that store food and water at the center of the bulb. These leaves are visible as layers. Due to this layered nature, bulbs are often called true bulbs. They only occur in monocots with a single embryonic leaf. Bulbs are usually rounded or egg-shaped. They have a pointed end, which grows up forming the stem.

The structure inside the old bulb that develops the new plant is called the bulbil. The bulbil produces the offspring. The roots emerge from the basal plate of the bulbs. The scales of the newly grown stem become the leaves. Tulips, onions, daffodils, alliums, hyacinths, and lilies are some examples of bulbs.

Corms are modified stems with a tunic. They are a type of stem tissue differentiated to store nutrients. Corms are rounded but flattened. Their fibrous tunic is called netted or reticulate. Some tunics are smoother with rings. They are called annulate. The basal plate occurs at the bottom of the corm and a corm may have several growing points, which appear as bumps or nodes. Some examples of corm-developing plants are gladiolus, freesia, and crocus. 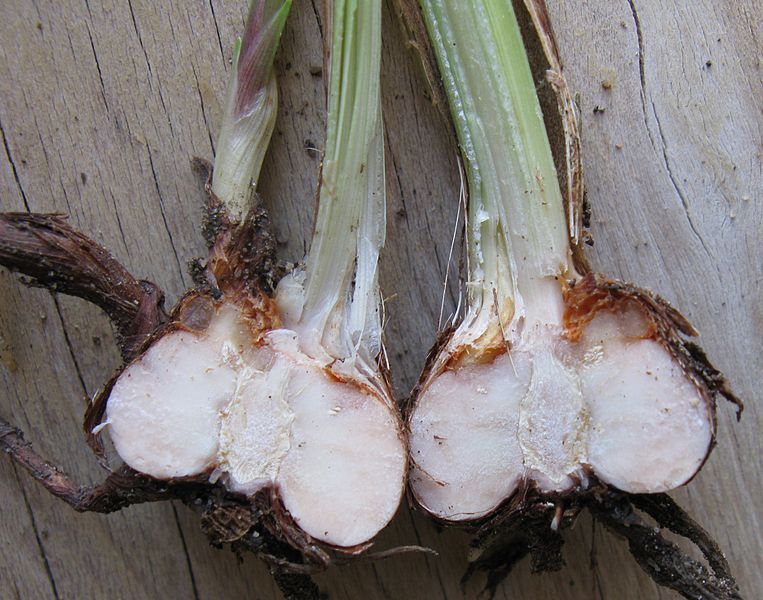 Tubers are the undifferentiated stem. They lack a basal plate. Most roots develop from the bottom of the tuber. Some tubers have organized growing points called eyes at the top. Tubers do not produce an offspring but, they grow in size in every year. Some tubers have fleshy roots, which look like fat fingers. The two types of tubers are stem tubers and root tubers. Stem tubers such as potatoes are underground stems. Root tubers such as beets are underground roots. 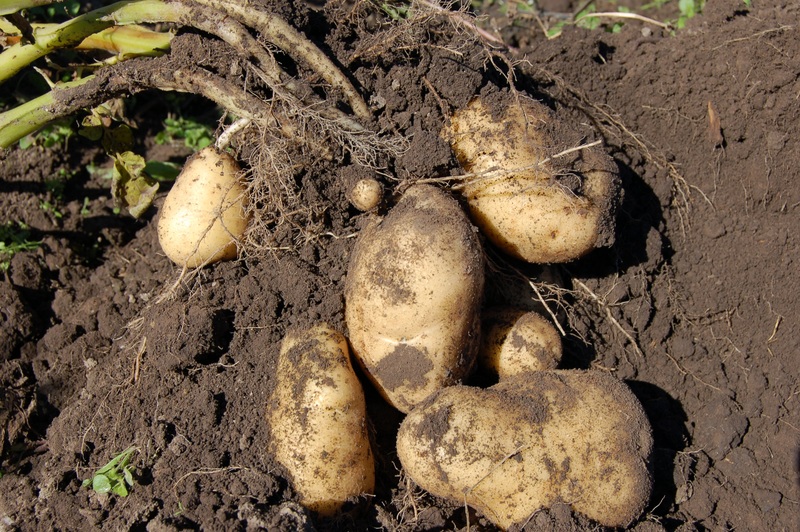 Rhizomes are the swollen underground stems, which grow horizontally under the soil. New growing points occur along the surface of the rhizomes. Some underground rhizomes are ginger, turmeric, common iris, lily-of-the-valley, canna and calla lily. Some rhizomes that grow on the ground are bamboo and asparagus. 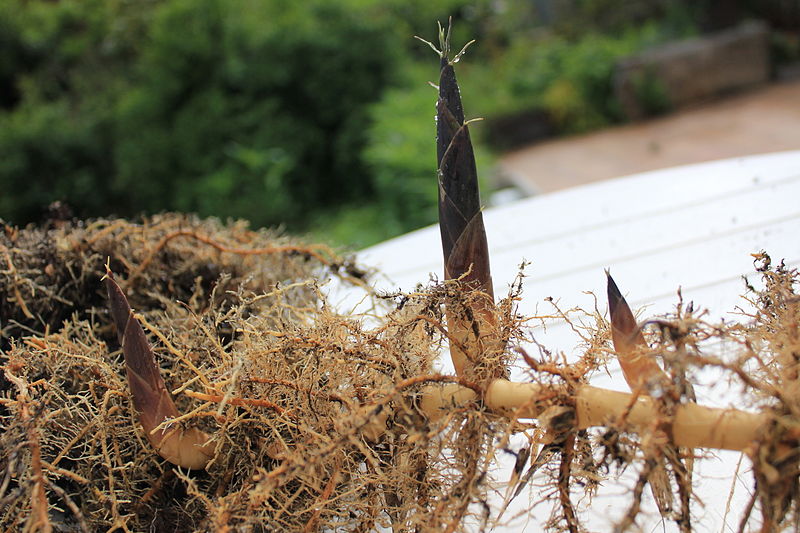 The bulbs have scales, which are the modified leaves; corms are smooth modified stems; tubers have fleshy roots, and rhizomes grow horizontally inside the soil.

Bulbs, corms, and rhizomes produce an offspring while tubers grow in size in every year.

The bulbs are a collection of modified leaves and corms are the swollen stems. The roots of both structures develop from the basal plate. But, tubers and rhizomes do not have a basal plate. Tubers are underground stems that are swollen with fleshy roots. Rhizomes grow horizontally. The main difference between bulbs corms tubers and rhizomes is these characteristic features.