The main difference between burrata and mozzarella is that burrata is softer and richer and has a higher fat content than mozzarella. 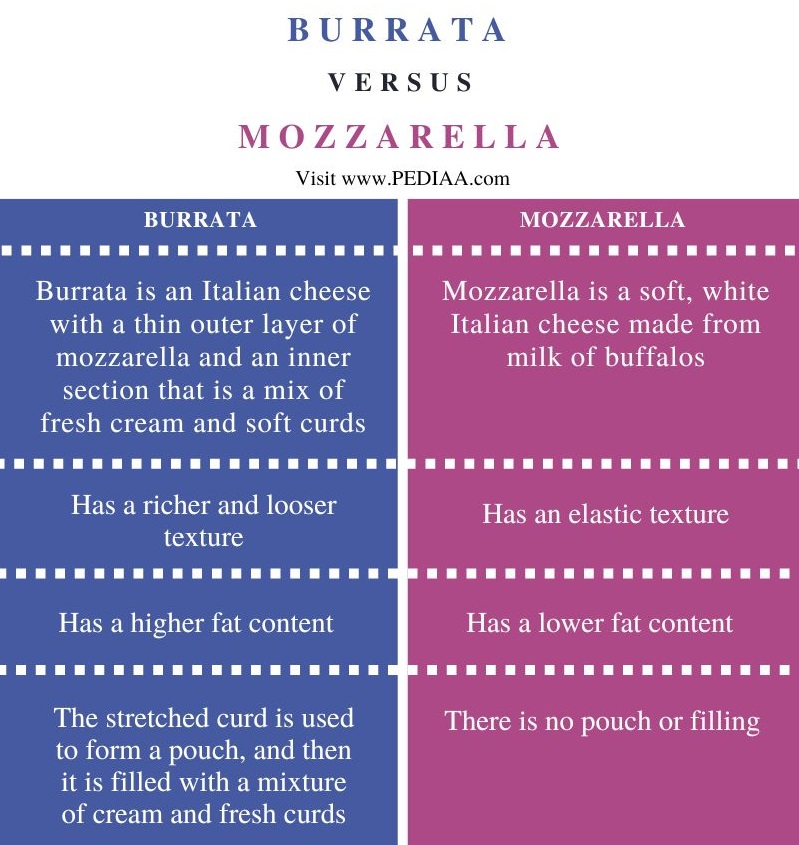 Burrata is a soft Italian cheese usually made from cow’s milk. Sometimes, it can be made from buffalo milk too. Most people confuse burrata with mozzarella as both have a similar appearance. This is because the outer layer of burrata is actually made from soft mozzarella cheese. But the inside of the cheese contains soft small cheese curds and cream. The word burro itself refers to butter in Italian and gives you an indication of the softness and richness in the inside layer of this cheese. It’s best to eat the cheese fresh. Keeping it for several days can affect the texture and taste. 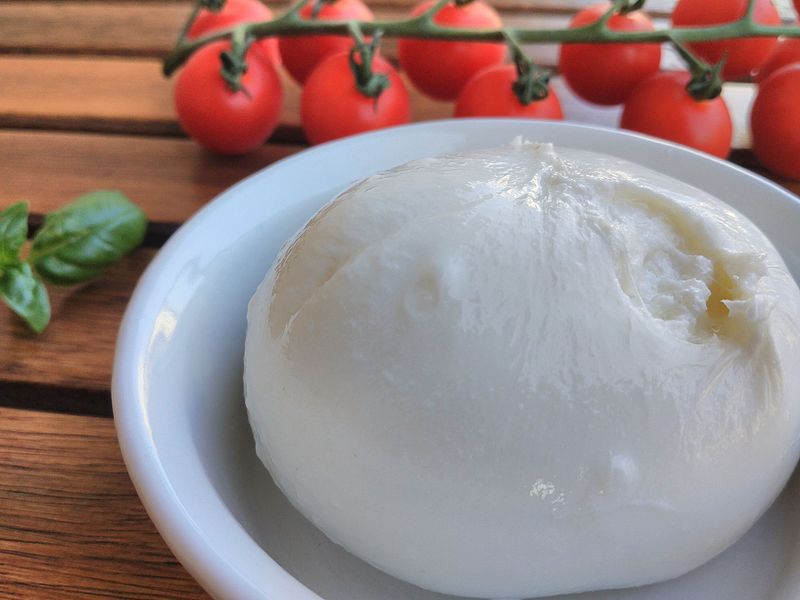 Burrata is made from either raw milk or pasteurized milk. First, the milk is filled into large containers, and then rennet is allowed to curdle into milk. The next step involves dropping the curds in hot whey and leaving them to blend into a flexible paste. Then cheesemakers softly weave and pull the curd, achieving a spun consistency similar to stretched curd cheeses. After that, they form the cheese into a soft pouch and pack it with a mixture of cream and fresh curds. Then they seal off the pouch at the top.

Mozzarella is a soft, white Italian cheese made from the milk of buffalos. It has a smooth, shiny surface, a porcelain color, and a delicate milky flavor. Mozzarella is a fresh cheese that does not undergo aging. Fresh mozzarella is very healthy due to its low fat and sodium content. 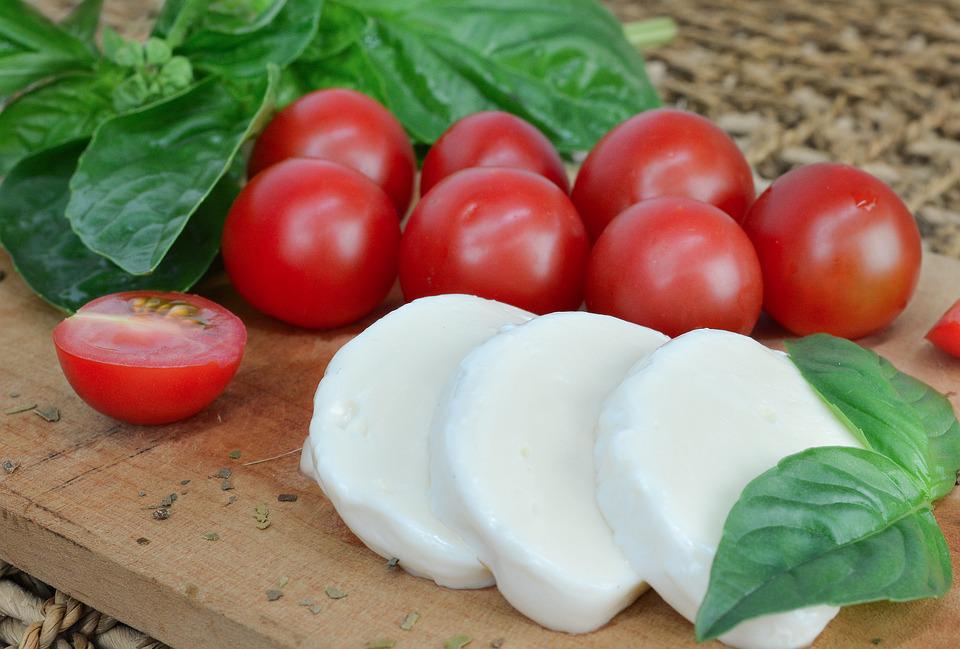 The milk is incubated using a whey starter with thermophilic bacteria, and then rennet is added to it. The curds formed are heated in water/whey until they form strings and become elastic. Next, cheesemakers stretch and knead the mixture until it becomes smooth and then create round balls of fresh cheese.

Mozzarella is a common cheese that we use in cooking. We can use it fresh in recipes like salads or in cooked dishes. Moreover, shredded mozzarella cheese is often used in pizzas and other Italian dishes. Fresh mozzarella is difficult to substitute since it has a unique flavor.

Similarities Between Burrata and Mozzarella

Difference Between Burrata and Mozzarella

Burrata is an Italian cheese with a thin outer layer of mozzarella and an inner section that is a mix of fresh cream and soft curds, while mozzarella is a soft, white Italian cheese made from milk of buffalos.

Burrata has a richer and looser texture than mozzarella.

The Process of Making

When preparing burrata, the stretched curd is used to form a pouch, and then it is filled with a mixture of cream and fresh curds. But when making mozzarella, there is no pouch or filling.

Most people confuse burrata with mozzarella as both have a similar appearance. The main difference between burrata and mozzarella is that burrata is softer and richer and has a higher fat content than mozzarella.