The main difference between stuffed crust and pan pizza is that stuffed crust pizza has cheese and other ingredients like sausages or hot dogs added to the outer edge of the crust, whereas pan pizza has a very crispy crust and does not contain any fillings.

Stuffed crust and pan pizza are types of pizzas popular around the world. However, both pizzas are mainly American inventions, available at commercial food chains like Pizza Hut. 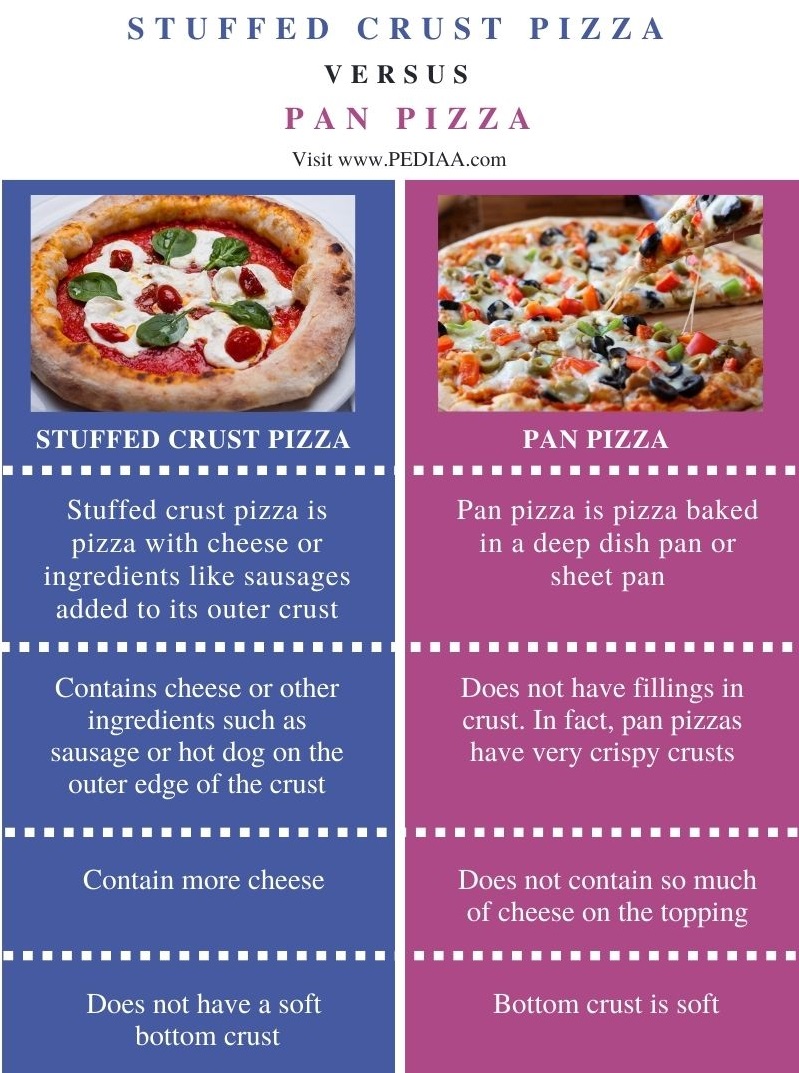 What is Stuffed Crust Pizza

Stuffed crust pizza is pizza with cheese or ingredients like sausages added to its outer crust. It became popular among consumers in 1995 when Pizza Hut introduced it to their customers. Stuffed pizza is pizza that typically has more cheese than ordinary pizzas. Before baking these pizzas, we generally add tomato sauce to the topping. Moreover, the crust of stuffed crust pizza is thicker since it contains ingredients in the crust. 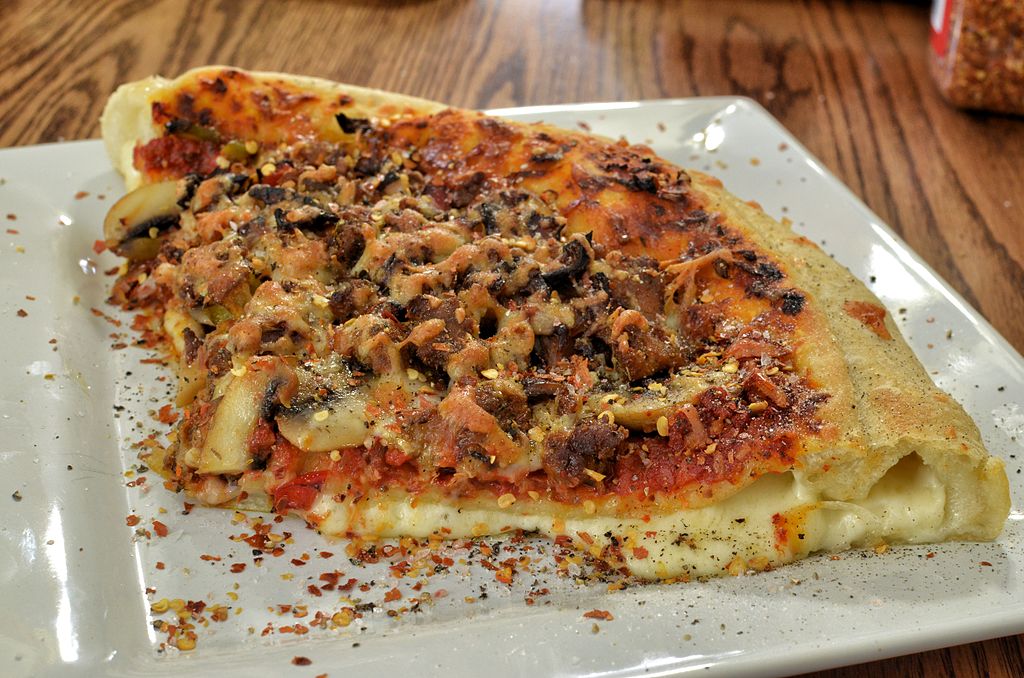 What is Pan Pizza

Pan pizza is baked in a deep dish pan or in a sheet pan. Pan pizza making has two components; dough making and topping. The topping may contain tomatoes, meat, chicken, pepperoni, and tomato sauce. Furthermore, bakers usually spread cheese on the topping of the pizza. It may have a blend of cheese such as mozzarella, white cheddar, asiago, and fontina. The ingredients used for the topping can be different from one another as well as from one region to another. There are different forms of pan pizza. Italian tomato pie, Chicago style pizza, and Detroit pizza are some forms of pan pizza.

In pan pizza, the bottom and side of the crust are fried with coated oil. Moreover, pan pizza has a thick crust full of extra cheese with a very crispy crust. Generally, we use bake pan pizza at a higher temperature for about fifteen minutes. Also, to get the shape, the dough of the pan pizza is spread in a pan, and this dough is harder. Pan pizza is an American cuisine.

Stuffed crust pizza is pizza with cheese or ingredients like sausages added to its outer crust, while pan pizza is pizza baked in a deep dish pan or sheet pan.

Stuffed crust pizza contains cheese or other ingredients such as sausage or hot dog on the outer edge of the crust, whereas pan pizza does not have these fillings in its crust. In fact, pan pizzas have very crispy crusts.

Bottom Crust of the Pizza

Although the bottom crust of pan pizza is soft, stuffed crust pizza does not have a soft bottom crust.