The main difference between cAMP and cGMP is that cAMP takes part in several biochemical processes, including the regulation of glycogen, sugar, and lipid metabolism whereas cGMP serves as a regulator of ion channel conductance, glycogenolysis, and cellular apoptosis. Furthermore, cAMP has a high concentration in most tissues, while cGMP has a lower concentration.

CAMP and cGMP are two types of cyclic nucleotides. Moreover, they serve as second messengers due to their broad range of protein-ligand interactions. 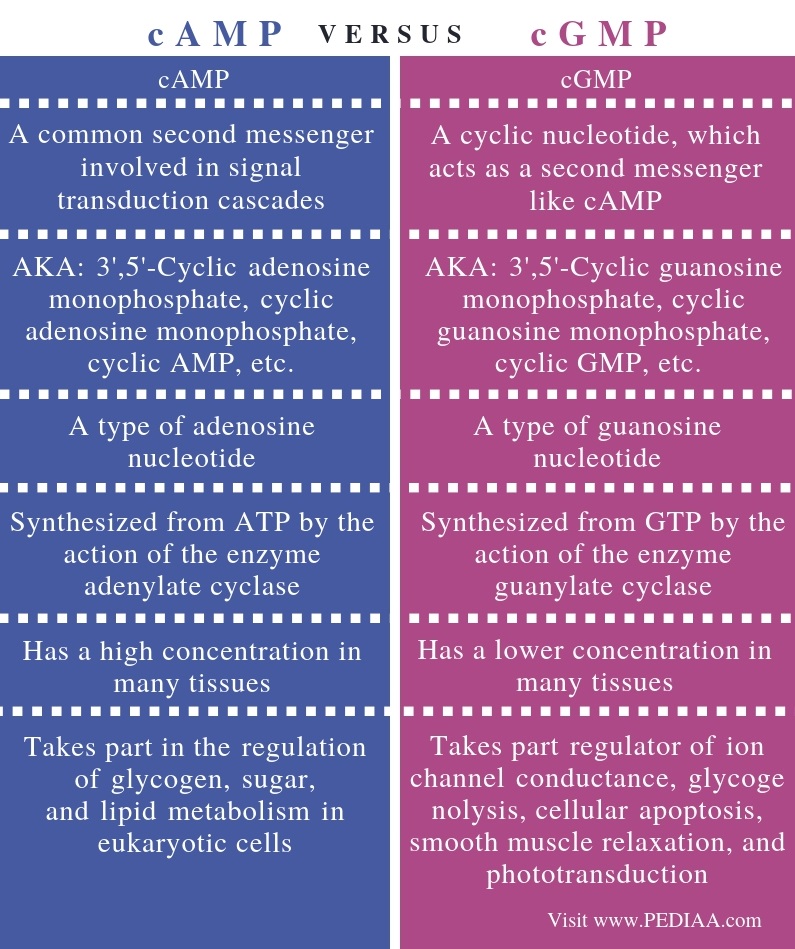 cAMP or Cyclic adenosine monophosphate is an intracellular second messenger for numerous extracellular signals, conveying the cAMP-dependent pathway. Generally, cAMP is synthesized from ATP by the action of the enzyme adenylate cyclase. Also, this enzyme anchors different locations on the inner side of the plasma membrane. 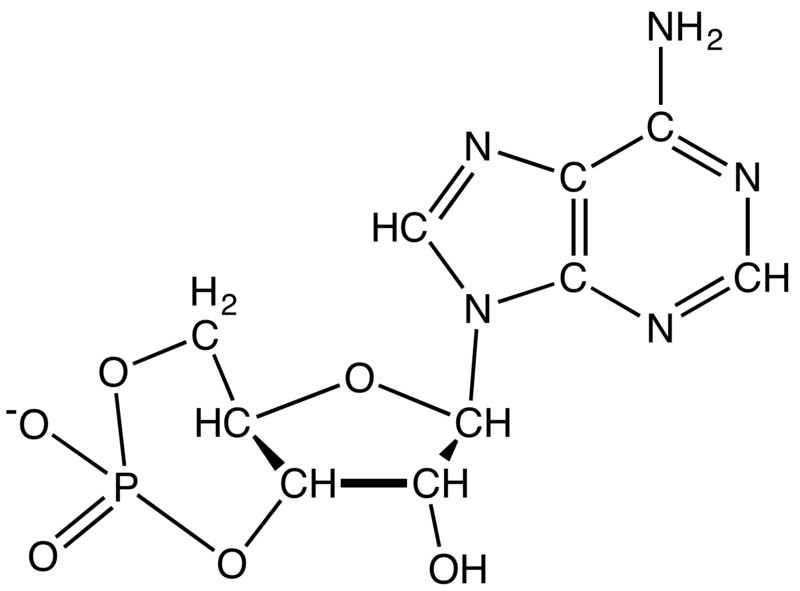 Furthermore, the main function of cAMP is to transfer the effect of hormones such as glucagon, adrenaline by the activation of protein kinases. Therefore, it regulates biochemical processes such as glycogen, sugar, and lipid metabolism. Here, cAMP activates protein kinase A at a specific location of its regulatory unit, dissociating the regulatory unit from its catalytic subunit. Thus, it enables the catalytic unit to phosphorylate the substrate proteins, which can be either ion channels or activated or inhibited enzymes.

cGMP or Cyclic guanosine monophosphate is another cyclic nucleotide, which acts as a second messenger as cyclic AMP. Generally, it is synthesized from GTP by the action of the enzyme guanylate cyclase. Moreover, the concentration of cGMP is 10-100 fold lower than the concentration of cAMP in most tissues. However, cGMP serves as a regulator of ion channel conductance, glycogenolysis, and cellular apoptosis. 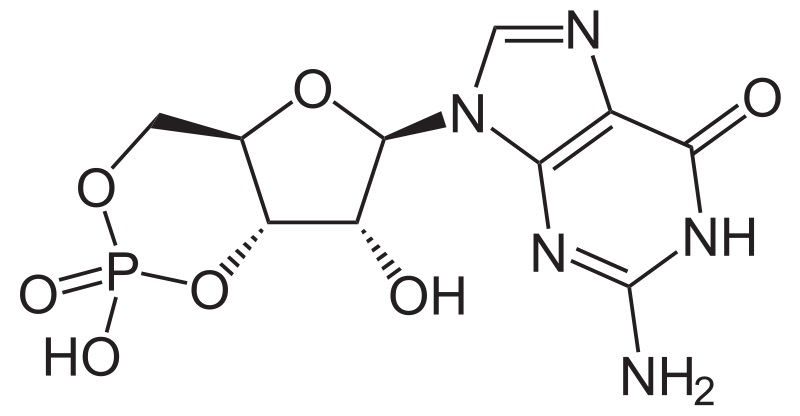 Moreover, cGMP takes part in the relaxation of smooth muscles, basically, in blood vessels. The relaxation leads to vasodilation, increasing the blood flow. On the other hand, it serves as a second messenger in phototransduction in the eye. In the presence of light, the activated phosphodiesterase degrades cGMP. Moreover, the sodium channels in photoreceptors are cGMP-gated. Therefore, these channels are closed in the presence of light due to the lack of cGMP. However, this causes hyperpolarization of the plasma membrane of photoreceptors, transmitting visual information to the brain.

Similarities Between cAMP and cGMP

Difference Between cAMP and cGMP

The cAMP is the cyclic nucleotide, occurring in high concentrations in many tissues. It also serves as a second messenger in the regulation of sugar, glycogen, and lipid metabolism. On the other hand, cGMP is another cyclic nucleotide, occurring in lower concentrations in tissues. However, it takes part in ion channel conductance, glycogenolysis, and cellular apoptosis. Furthermore, it takes part in smooth muscle relaxation and phototransduction. Therefore, the main difference between cAMP and cGMP is their concentration in tissues and function.