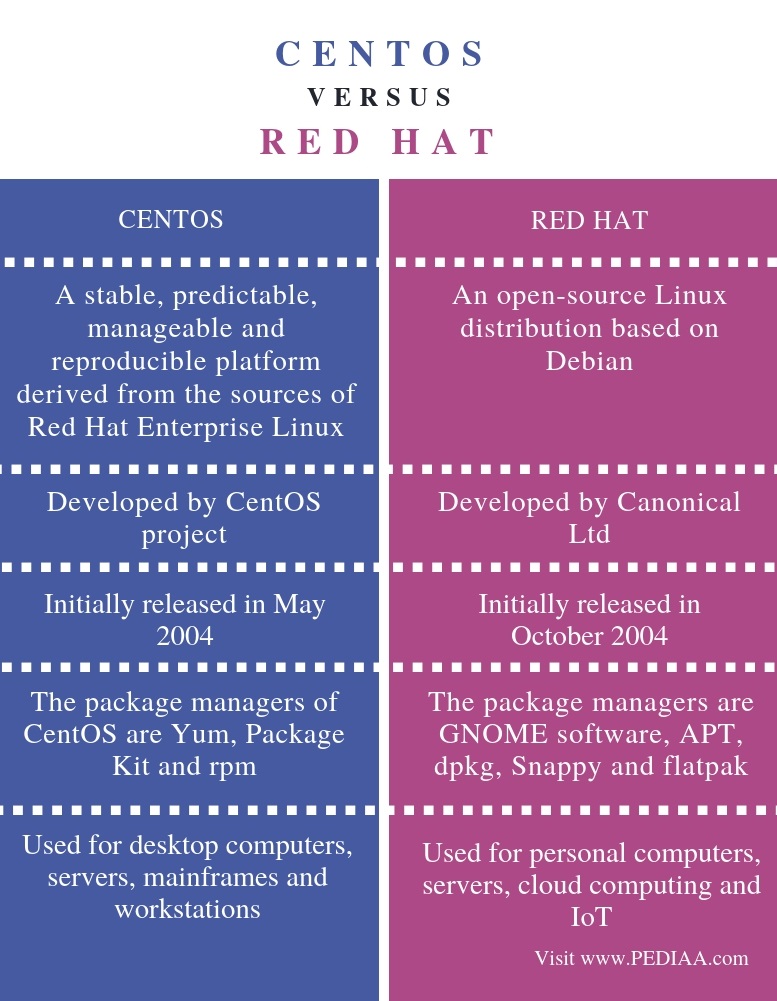 CentOS is an open source Linux distribution. Its functionalities are compatible with Red Hat Enterprise Linux. Moreover, CentOS joined Red Hat under a new CentOS governing board in 2014. They released their first version, which is CentOS version 2, in May 2004. However, the versions after 7.0 only support amd64 or x86-64 architecture. 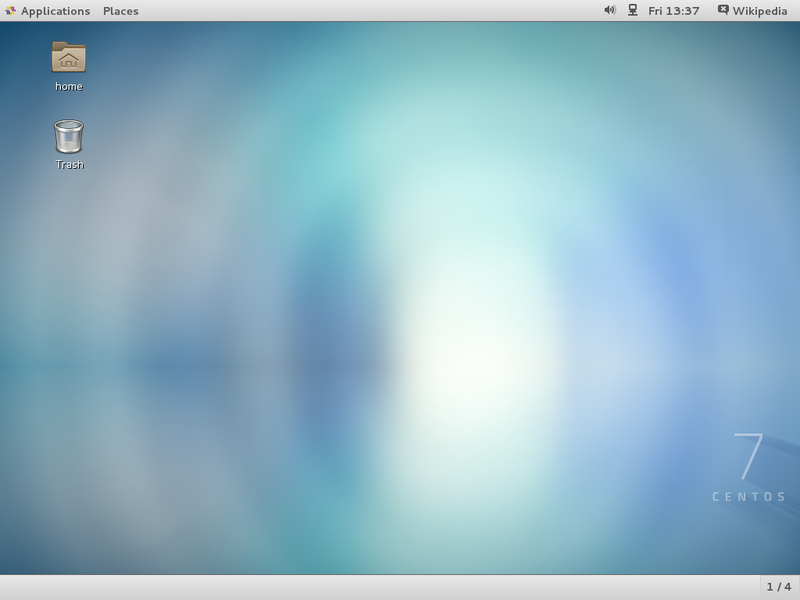 The CentOS project was the developer of CentOS. It focuses on delivering a robust open source ecosystem. Moreover, it provides various platforms to deploy different applications. There are resources to build, test and maintain codes in software development. Today, the CentOS community includes various IT professionals such as system administrators, network administrators, as well as regular Linux users.

Ubuntu is another Linux distribution which is based on Debian (which is an operating system similar UNIX consist of free software). It has various editions. The Ubuntu Desktop version is used for personal computers while the Ubuntu Server is suitable for cloud computing and for servers. The Ubuntu Core, on the other hand, is used to develop the Internet of Things (IoT) applications. Moreover, Edubuntu version targets students and has a lot of educational applications. 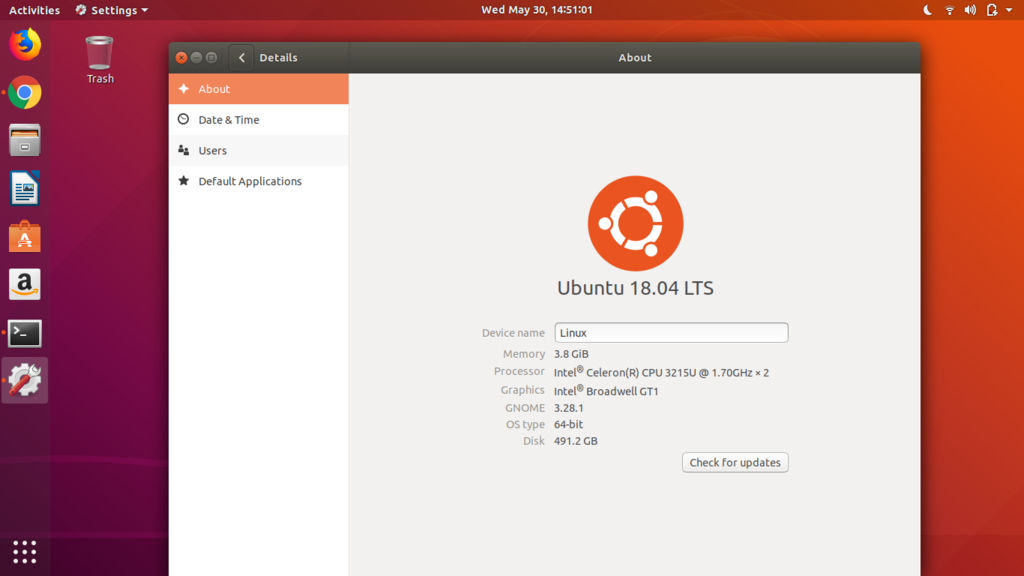 Ubuntu consist of various software. Some of them are LibreOffice, Firefox, Thunderbird, VLC media player, etc. Moreover, users can download the required software and tools from Ubuntu software center or other APT-based package management tools.  The default file manager of Ubuntu is GNOME files. It also has hardware drivers available only in binary format. Those packages are restricted components. Overall, Ubuntu is a secure operating system that is easier to use.

Difference Between CentOS and Ubuntu

CentOS is a stable, predictable, manageable and reproducible platform derived from the sources of Red Hat Enterprise Linux while Ubuntu is an open-source Linux distribution based on Debian. Thus, this is the main difference between CentOS and Ubuntu.