Home » Technology » IT » Applications » Difference Between GNOME and KDE

GNOME is a graphical desktop environment that runs on top of the computer operating system, composed entirely of free and open source software. KDE is a desktop environment for an integrated set of cross-platform applications designed to run on Linux, Microsoft Windows, etc. GNOME is more stable and user-friendly. KDE consumes more resources than GNOME. The user can choose one of them according to their choice. 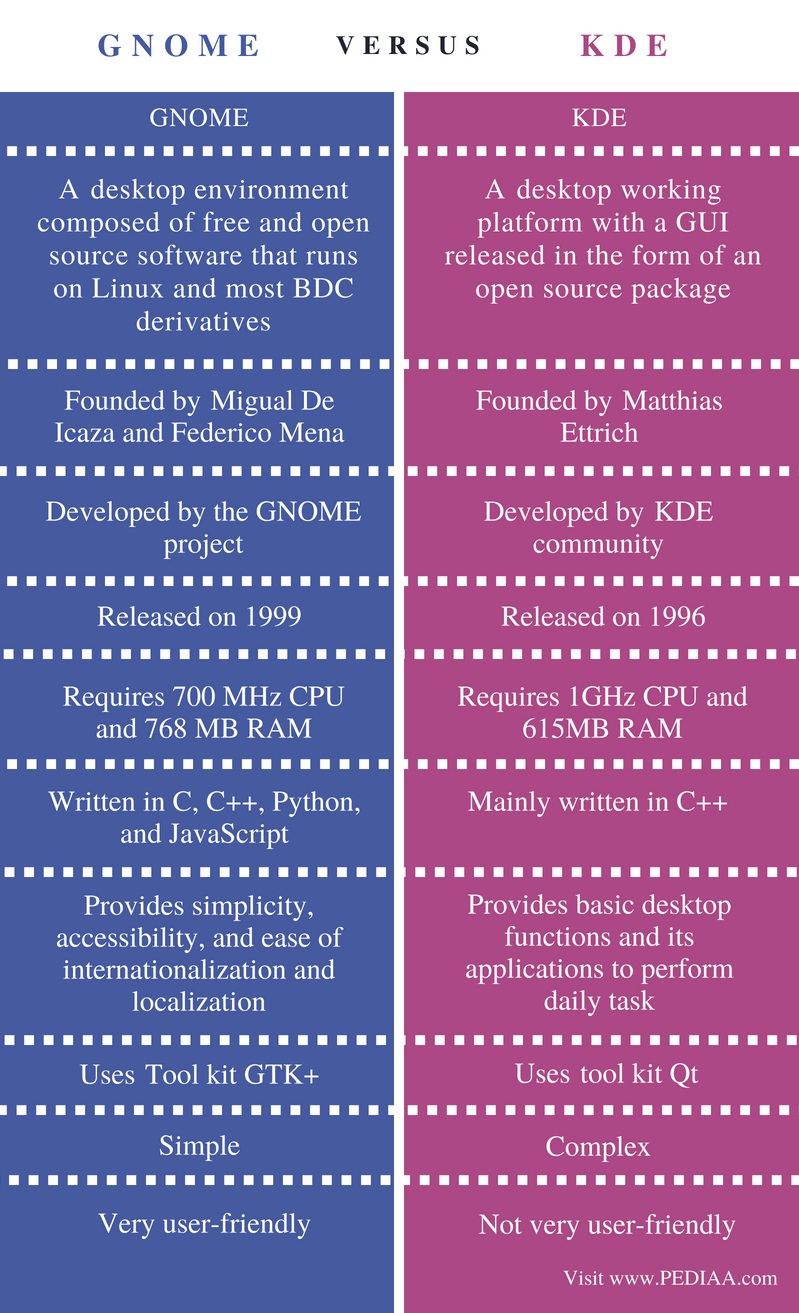 GNOME is a free and open source software that runs on Linux and most BSD derivatives. It is the default desktop environments on many Linux distributions such as Fedora, Debian, Red Hat Enterprise Linux, CentOS, Oracle Linux, Solaris and Kali Linux. 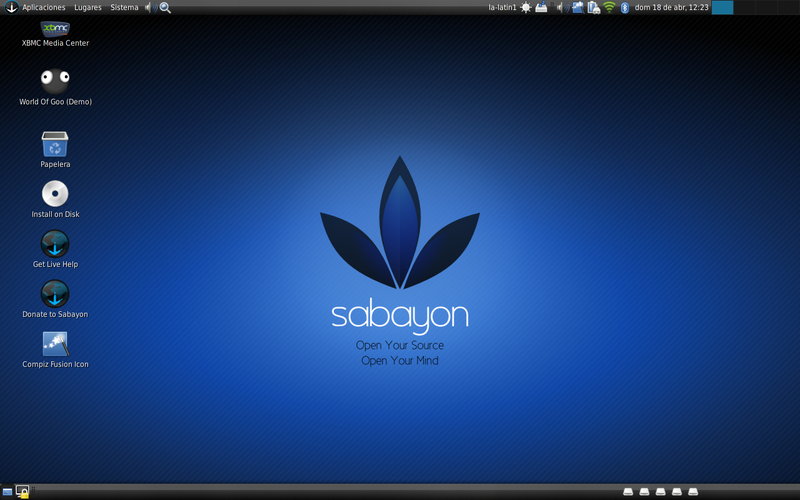 It was developed as part of the GNU Project by The GNOME Project. This project has a large number of contributors. The main contributor among them is Red Hat. The main objective of developing the GNU project was to develop frameworks that support the software development. These frameworks help to program the end user applications.

KDE is a desktop environment that allows carrying out daily tasks without relying on the Command Line Interface. Two common products of KDE are Plasma Desktop and KDE frameworks. They are designed to run on Microsoft Windows, Android, Unix Desktops, etc. It provides tools and documents for the developers to write applications.

Difference Between GNOME and KDE

GNOME is a desktop environment composed of free and open source software that runs on Linux and most BDC derivatives. KDE is a desktop working platform with a GUI released in the form of an open source package.

Migual De Icaza and Federico Mena are the founders of GNOME while Matthias Ettrich is the founder of KDE.

Although the GNOME provides simplicity, accessibility, and ease of internationalization and localization, KDE provides basic desktop functions and its applications to perform daily tasks. It also provides tools and documents for the programmers to stand along applications.

GNOME is simpler than KDE.

KDE is not very user-friendly as compared to GNOME.