The main difference between PCL 5 and PCL 6 is that the PCL 6 is more powerful in terms of printing, imaging and graphics capabilities than the PCL 5.

Generally, Page Description Language is a computer language that describes the appearance of a printed page at a higher level than an actual output bitmap. PCL, which stands for Printer Command Language, is a Page Description Language that belongs to Hewlett Packard. Originally, they released it for inkjet printers but later expanded it for thermal, matrix and page printers. In overall, PCL 5 and PCL 6 are two versions of PCL.  In addition to PCL 5 and PCL 6, there are versions such as PCL 1,2 and 3. 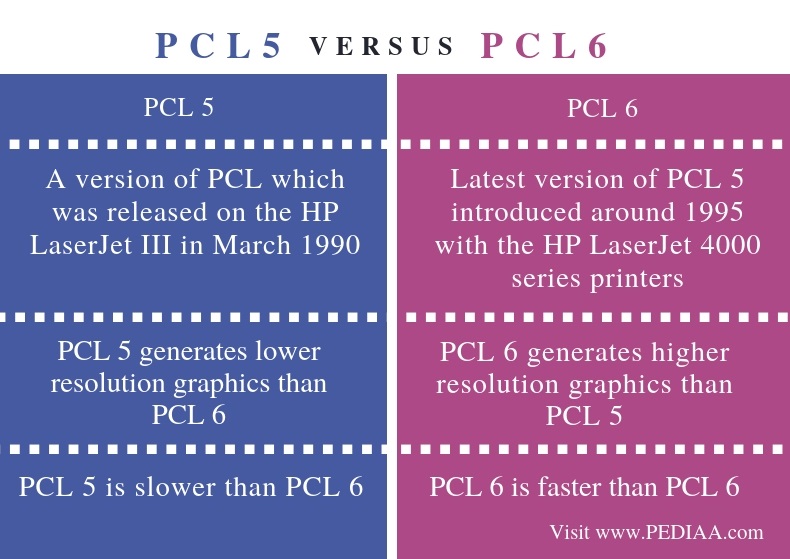 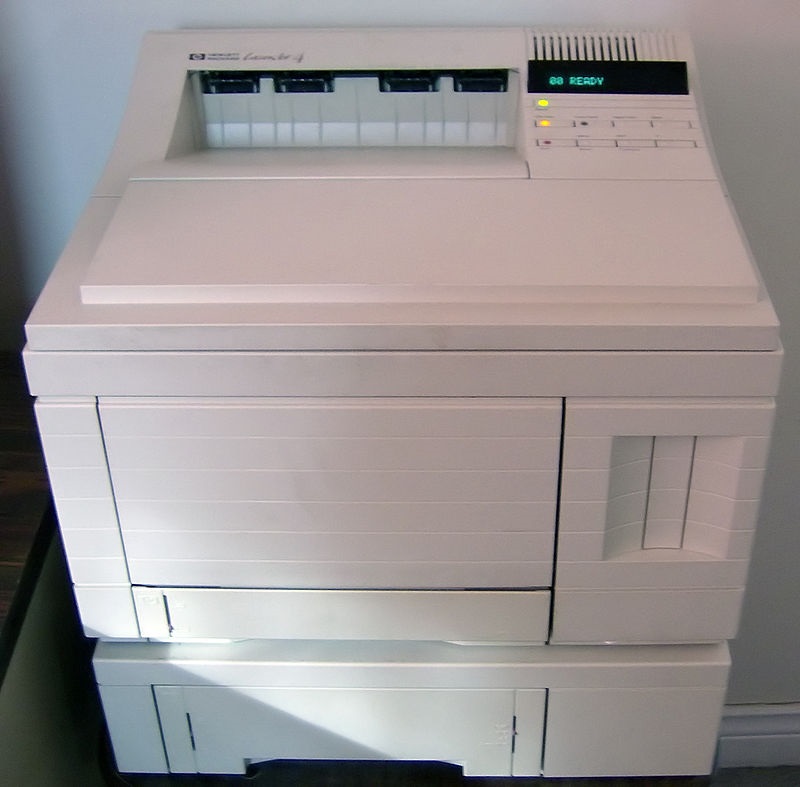 There is an advanced version called PCL 5e (PCL 5 enhanced), which is an enhanced version of PCL 5. HP released this version for LaserJet 4 in October 1992. It contains features to improve computer to printer communication. In other words, PCL 5e supports bi-directional communication between the printer and PC and Windows fonts. Subsequently, HP released another version named PCL 5c in 1992. It introduced colour support on HP PaintJet 300XL and HP colour LaserJet.

PCL 6 is the newer version of PCL. It consists of three main modules. There is also an advance version of this; PCL 6 “Enhanced”. It is object-oriented and PDL optimized for printing from GUI interfaces like Windows. Also, it is compressed to optimize throughput and provides backward compatibility. Furthermore, font synthesis provides features such as scalable fonts, font management, and storage of forms and fonts. However, PCL 6 standard is almost equivalent to PCL 5c or PCL 5e.

Besides, there are some class revisions in PCL 6. Firstly, Class 1.1 supports RLE compression. It supports bitmap or TrueType fonts, 8 or 16-bit code points. Moreover, it supports custom and predefined paper sizes such as letter, A4 etc. Subsequently, the next revision was class 2.0. With this revision, it is possible to write text in a vertical direction. Also, it supports A6 and Japanese B6preset media sizes. Besides, it also supports JPEG compression. Furthermore, class 3.0 supports PCL fonts and allow using different halftone settings for vector or raster graphics, text.

Difference Between PCL 5 and PCL 6

An important difference between PCL 5 and PCL 6 is their graphics capability. PCL 6 generates higher resolution graphics than PCL 5.

Furthermore, another important difference between PCL 5 and PCL 6 is speed and efficiency. PCL 5 is slower than PCL 6 while PCL 6 is faster and less processing intensive than PCL 5.

1.”Self-taken photo” By DuffDudeX1 at English WikipediaLater versions were uploaded by -Majestic- at en.wikipedia. – Transferred from en.wikipedia to Commons (Public Domain) via Commons Wikimedia