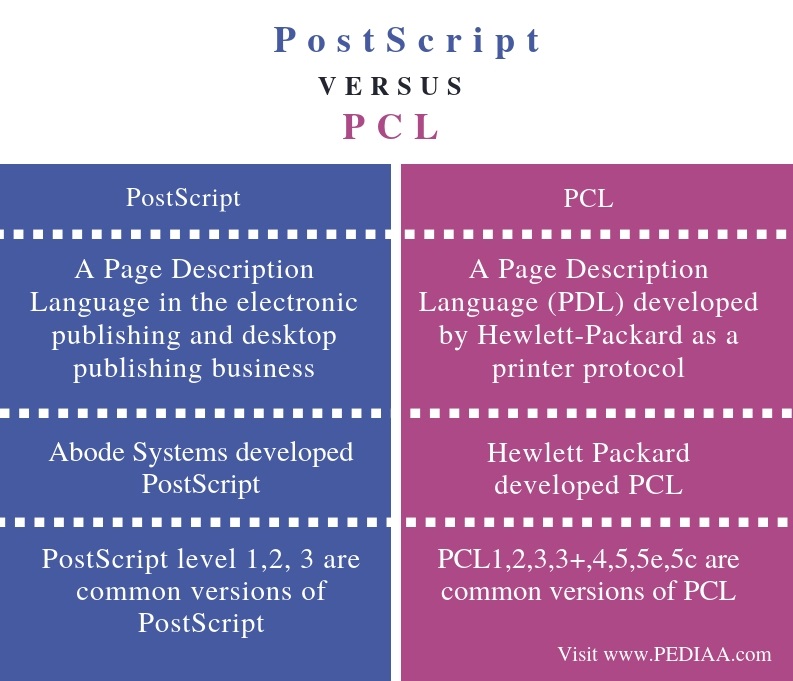 PostScript is a Page Description Language in electronic publishing and desktop publishing business. Adobe systems developed this language. Moreover, it is a dynamically typed programming language. 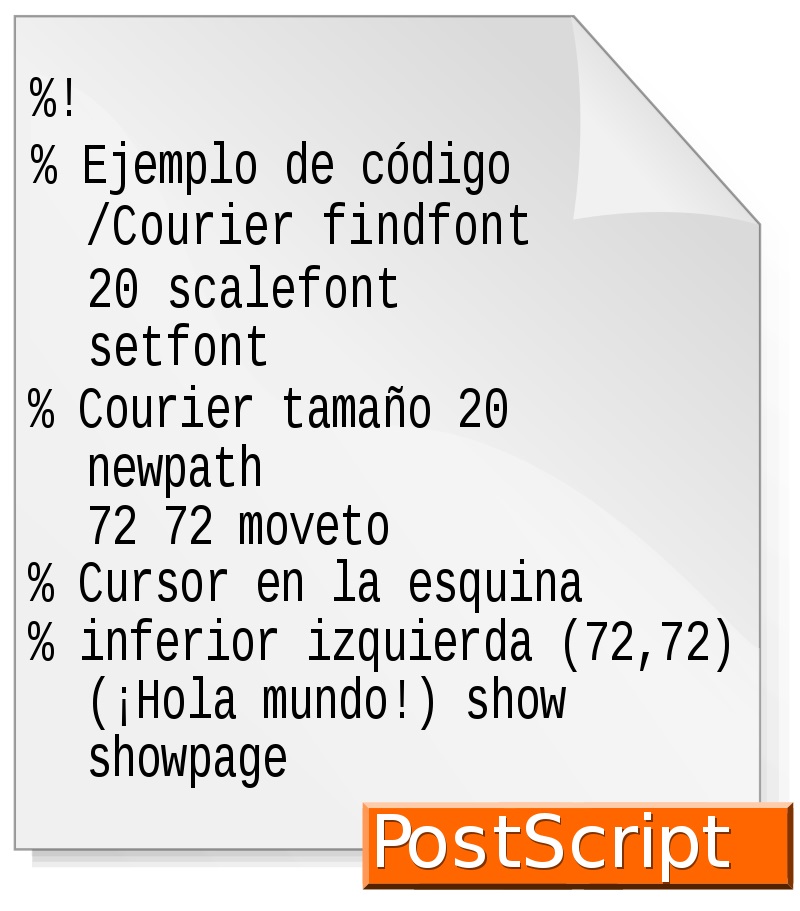 There are various versions of PostScript. PostScript Level 1 was initially released in 1984. PostScript level 2 was introduced in 1991. It includes features to improve speed and reliability, support RIP separations, image decompression support for composite fonts and form mechanism for caching reusable content. Finally, in 1997, Adobe Systems introduced PostScript 3. It consists of new dictionary based versions of older operators and better color handling. Moreover, it provides smooth shading operations and allows the addition of ink colors to composite color pages. Therefore, people use PostScript 3 in magazine production.

Generally, a laser printer makes it possible to position high quality graphics and text on the same page. PostScript works as a single control language that supports any brand of printer. Furthermore, it goes beyond a regular printer control language, and it is a whole programming language of its own.

PCL stands for Printer Command Language. Hewlett Packard developed it as a printer protocol.  Initially, it was developed for inkjet printers in 1984. Later, the users used it with various printers such as thermal, matrix and page printers. Furthermore, the later versions of PCL supported HP-GL/2 and PJL. However, some users refer to PCL as Printer Control Language, but it is incorrect. Printer Control Language is, in fact, another name to denote Page Description Language.

In PCL too, there are various versions. PCL 1 provided basic text and graphics printing with a maximum resolution of 150 dpi (dots per inch). It is obsolete now. However, the next version, the PCL 2, is still in use with several impact printers. It has more functionalities, such as data processing and transactions. Also, it supports bitmap fonts. Moreover, its maximum resolution is 300dpi. Subsequently, PCL 4 is capable of adding macros, larger bitmap fonts and graphics, while PCL 5 is capable of adding Intellifont font scaling, outline fonts and HP-GL/2 (vector) graphics. Finally, PCL 6, the latest version, consists of PCL 6 Enhanced, PCL 6 Standard, and font synthesis.

Difference Between PostScript and PCL

PostScript is a page description language. The Adobe Systems developed it for electronic publishing and desktop publishing. But, PCL is a Page Description Language (PDL) developed by Hewlett-Packard as a printer protocol. Thus, this is the main difference between PostScript and PCL.