The main difference between chilling and freezing is that chilling is a cooling method that we use to preserve food for a short period of time by reducing the temperature, while the freezing method is in use for a long time for the preservation of foods by reducing temperatures below their freezing point.

Although both chilling and freezing are processes that reduce the temperature of food items, there are several differences between them. 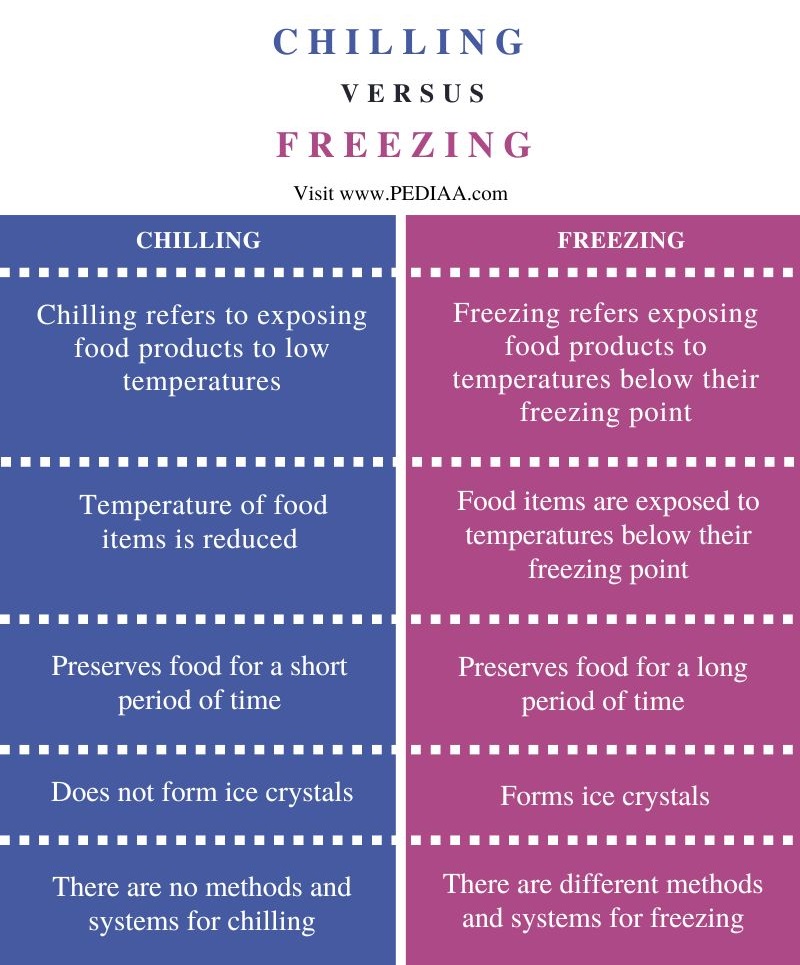 Chilling refers to exposing food products to low temperatures. It involves the removal of sensitive heat and reducing the temperature, usually to the range of 4.4°C. Chilling of food items also helps in the short time preservation of foods. Moreover, ice crystals are not formed in the process of chilling. 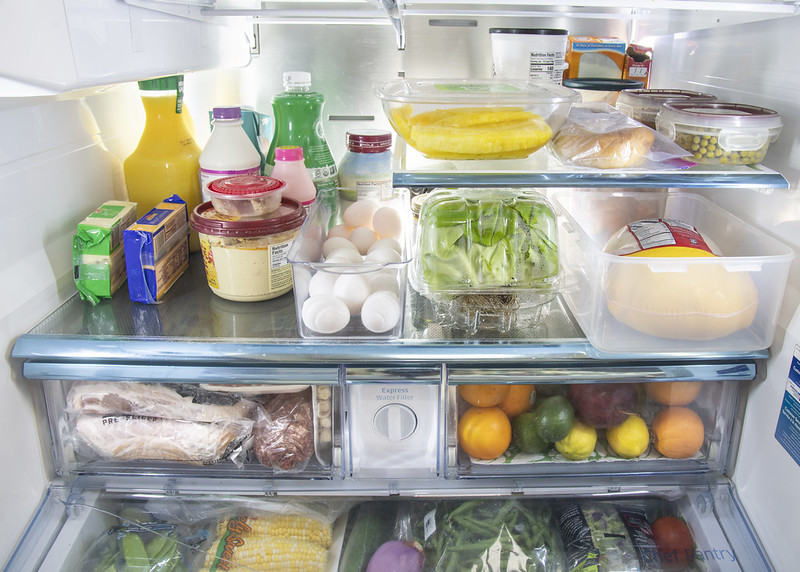 The process of chilling helps to reduce the rate of biochemical changes, and there will be fewer changes to the nutritional values and properties of foods. Lowering the temperature of a food product helps to decrease the growth of microorganisms. Therefore, the risk of bacterial growth can be reduced by chilling a food product. There is another method known as rapidly chilling, which reduces this risk even further. Through the process of chilling, food products can maintain their freshness and safety for consumption. Moreover, in some cases, the temperature of foods has to be controlled carefully. If not, it’s impossible to achieve the final product quality of the food items.

Freezing refers to the exposure of food products to temperatures below their freezing point. In the process of freezing, ice crystals form around the food items. Smaller and evenly distributed crystals maintain better quality and taste of the frozen product. Generally, people use the process of freezing for the preservation of foods. Food items like meat, processed meat, ice cream, and cheese varieties undergo freezing. 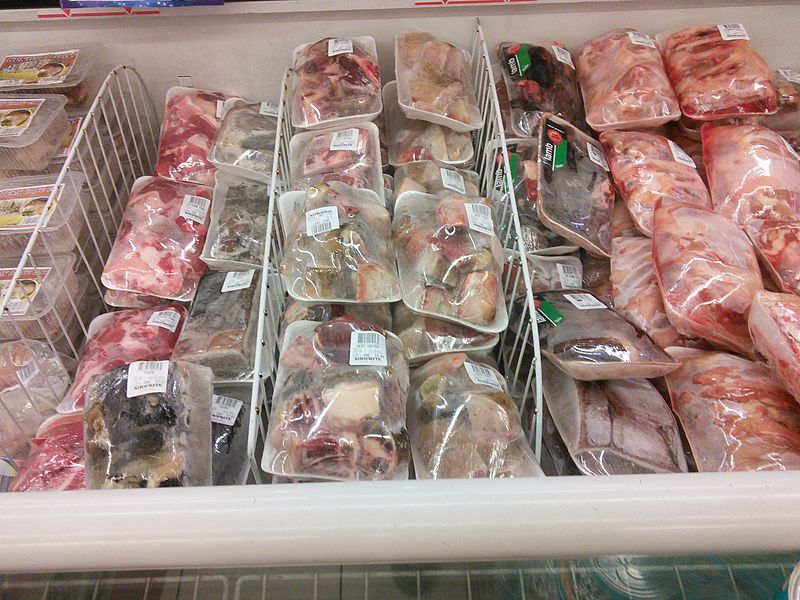 When a food item reaches its freezing point, the growth of microorganisms decreases rapidly because of the lower temperature of the product. At the same time, the reduction in free liquid water also directs the decrease in microorganism growth. Freezing helps to maintain the original and natural quality of the food item. Many food manufacturers around the world use different types of freezing technologies. There are also different freezing systems based on moving air, wet air, direct contact, immersion, ice, cryogenics, vacuum, and pressure shift. Freezing can preserve not only the natural food quality but also the freshness of the food. In addition, the process of freezing reduces the product yield losses and maintains the flavor and taste of the food. Many studies show that freezing helps to retain the nutrient content of food.

Similarities Between Chilling and Freezing

Difference Between Chilling and Freezing

Although the temperature of food items is reduced during chilling, in freezing, the food items are exposed below their freezing point.

The main difference between chilling and freezing is that chilling is a cooling method that is used to preserve food for a short period of time by reducing the temperature, while freezing is used for a long time for the preservation of foods by reducing temperatures below their freezing point.