Microbes and microorganisms are two terms mainly used to describe microscopic organisms. They play a vital role in almost all types of ecosystems. 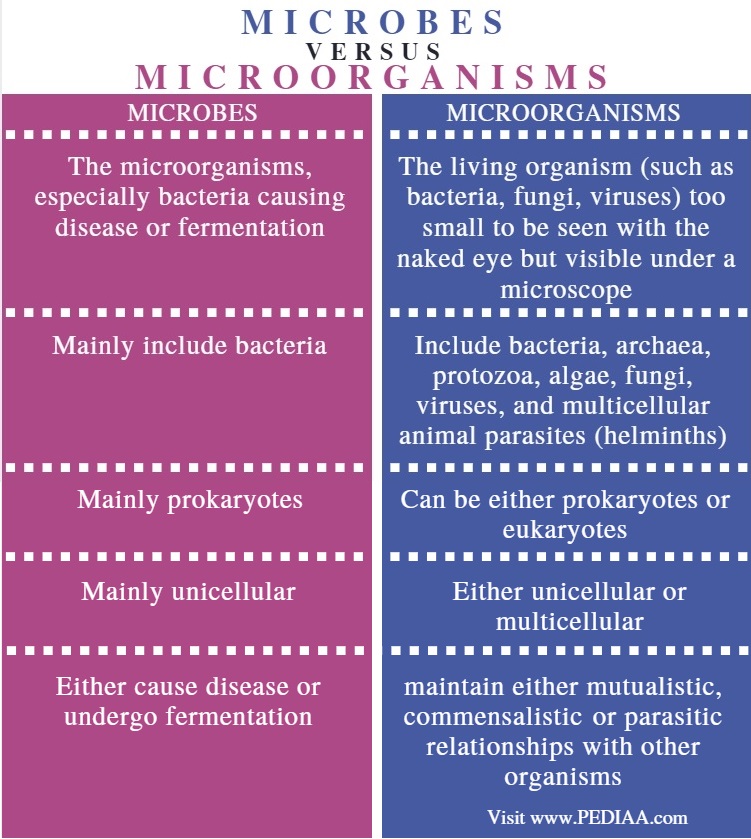 Microbes are the microscopic organisms that are not large enough to see with the naked eye. However, microbes especially refer to disease-causing or fermenting bacteria. Generally, bacteria are prokaryotes that inhabit all habitats of the earth. They have their DNA in the cytoplasm and no membrane-bound organelles present in bacteria. Also, the cell wall of most bacteria is made up of peptidoglycans. There are three common shapes of bacteria: spherical (coccus), rod-shaped (bacillus), or curved (spirillum, spirochete, or vibrio). 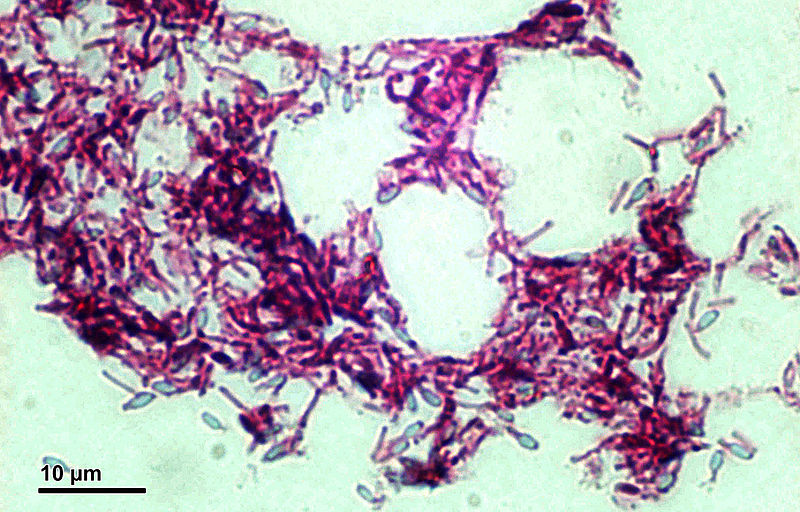 However, some bacteria are photosynthetic while others use organic and inorganic compounds to produce energy. Most bacteria undergo fermentation in the absence of oxygen. Not all bacteria are harmful and they can be helpful too. But, some are pathogenic and cause diseases in other organisms including humans, animals, and plants.

Microorganisms are the microscopic organisms including bacteria, archaea, protozoa, algae, fungi, viruses, and multicellular animal parasites (helminths). They can be either unicellular or multicellular and prokaryotes or eukaryotes. Also, they live in diverse types of habitats. Of these microorganisms, archaea are prokaryotes, especially living in extreme environments; some of these include methanogens,  halophiles, thermophiles, psychrophiles, etc. But, protozoa are unicellular eukaryotes that obtain nutrients through ingestion. Their cell wall is made up of cellulose. Also, some protozoans include flagellates, ciliates, amoeboids, sporozoans, etc. 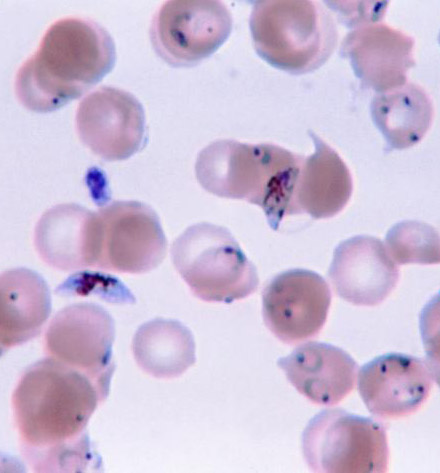 On the other hand, fungi are multicellular or unicellular eukaryotes whose cell wall is made up of chitin. They are important as decomposers, symbionts, and parasites. Algae are unicellular or multicellular plant-like eukaryotes that live in aquatic environments. They are also capable of undergoing photosynthesis. Whereas, helminths are multicellular animal parasites, including roundworms and flatworms. Though their adult stages are macroscopic, the larval stages are microscopic. Usually, they are parasitic on higher organisms. Furthermore, viruses are non-living particles that require a host cell for their replication. Therefore, they are harmful to both prokaryotes and eukaryotes.

Similarities Between Microbes and Microorganisms

Difference Between Microbes and Microorganisms

Microbes refer to microorganisms, especially bacteria causing disease or fermentation, while microorganisms refer to living organisms (such as bacteria, fungi, viruses) too small to be seen with the naked eye but visible under a microscope.

Microbes are mainly unicellular while microorganisms are either unicellular or multicellular.

Furthermore, microbes can either cause disease or undergo fermentation while microorganisms maintain either mutualistic, commensalistic or parasitic relationships with other organisms.

Microbes are microscopic organisms, mainly including bacteria that are responsible for causing disease or fermentation. However, it includes other types of microorganisms as well. In contrast, microorganisms are the microscopic organisms including bacteria, archaea, protozoa, algae, fungi, viruses, and multicellular animal parasites (helminths). They also play a vital role in ecosystems by maintaining different types of symbiotic relationships with other organisms. Therefore, the main difference between microbes and microorganisms is the type of organisms and their importance.