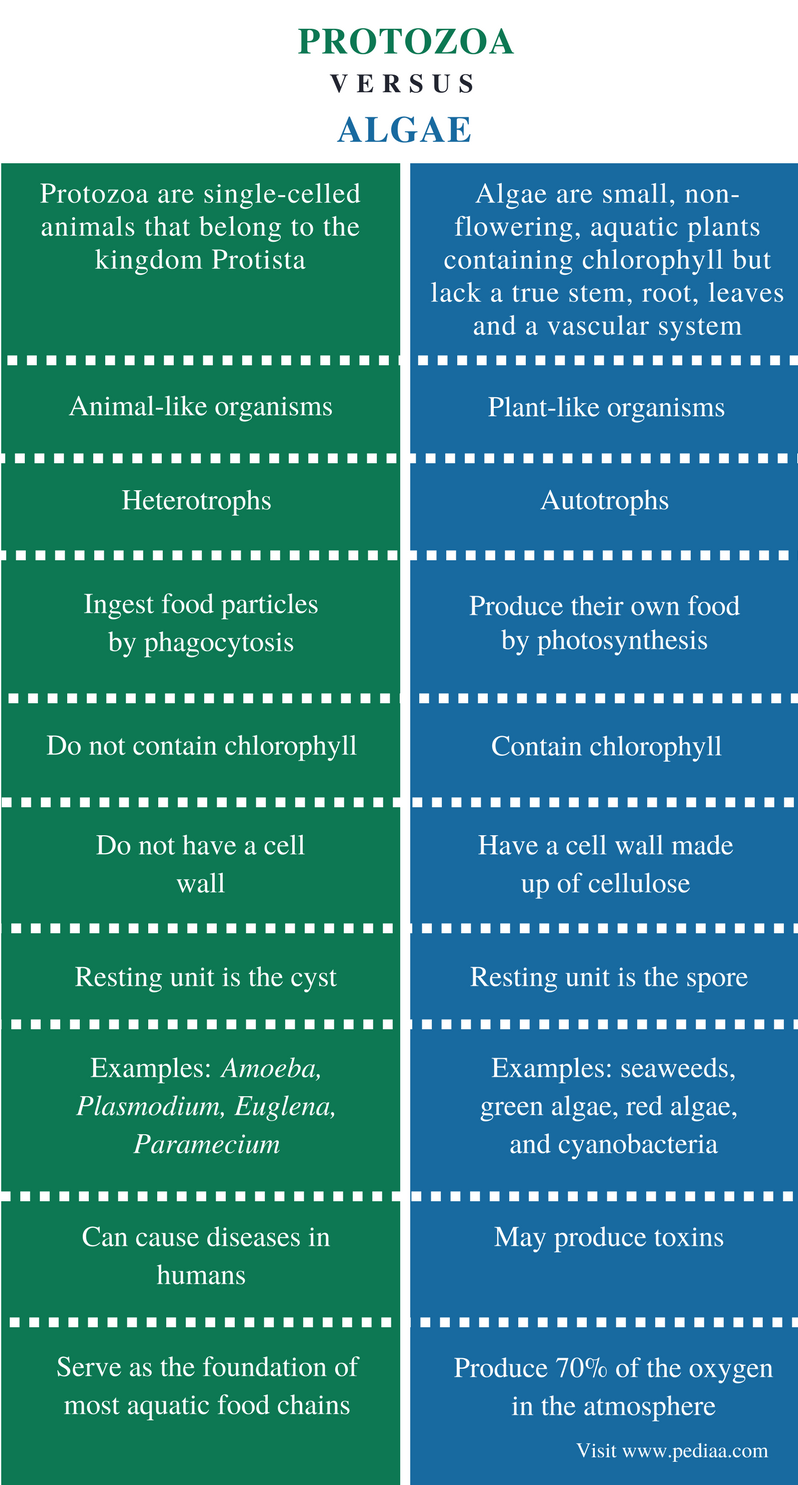 Protozoa refer to single-celled animals that belong to the kingdom Protista. Though most protozoa are free-living, some of them infect higher animals. Protozoa can obtain a variety of shapes due to the absence of a cell wall. The free-living vegetative form of protozoa is called the atropohozoite whereas the resting form is called a cyst. The cyst of the protozoa is analogous to the spore of bacteria. Since protozoa are eukaryotic organisms, they contain a membrane-bound nucleus. Some protozoa may contain more than one micronuclei. The excess water in the cell is removed by the contractile vacuoles. Food vacuoles can also be identified in protozoa. Amoeba, ciliates, flagellates, and sporozoans are examples of protozoa. A flagellate is shown in figure 1. 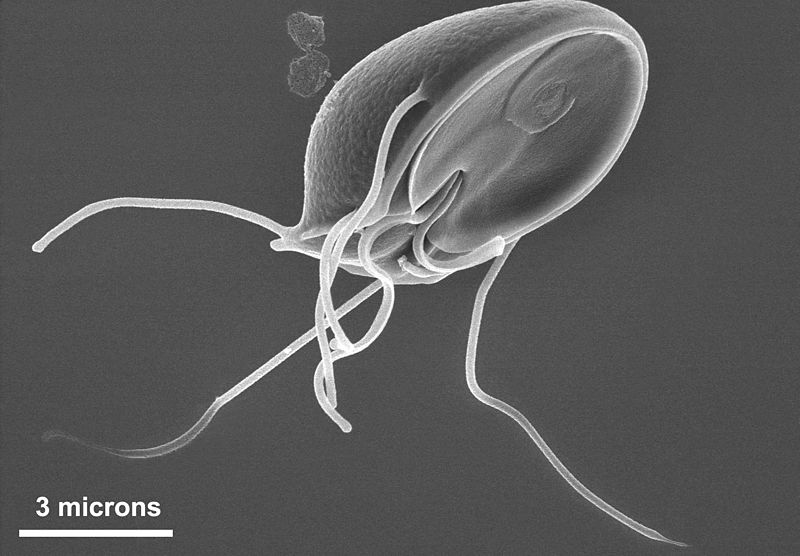 Protozoa are heterotrophic animals and obtain food by phagocytosis. The digestion occurs inside a food vacuole by the lysosomal enzymes. Flagella, cilia, and pseudopodia are used for the locomotion by protozoans.

Algae refer to a small, non-flowering, aquatic plant, which contains chlorophyll but lacks a true stem, root, leaves and a vascular system. Some algae are unicellular, and they are microscopic. They are called microalgae. This includes cyanobacteria (blue-green algae) as well as green, red, and brown algae. Other algae can be multicellular, which are known as macroalgae. Macroalgae are mainly seaweeds such as kelp, which grow about hundred feet in length. 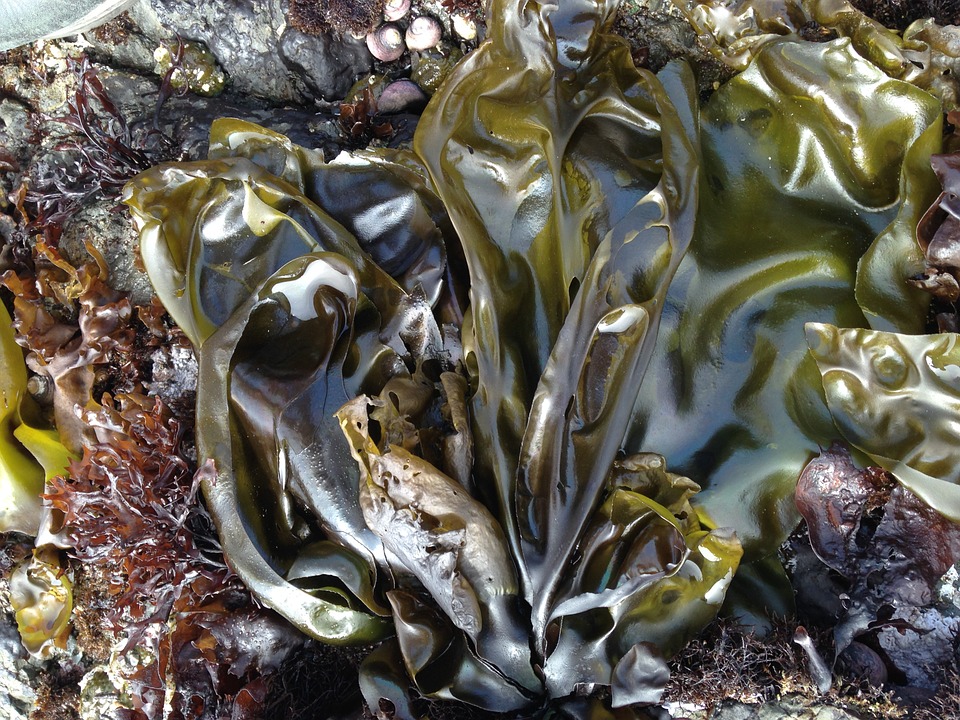 Most microalgae are autotrophic, and they produce their own food through photosynthesis. Some algae show a heterotrophic growth, by living in the dark with the use of sugars. Another type of algae may use both of the above growth modes, and this is called the mixotrophic growth. Algae produce 70% of the oxygen in the atmosphere through photosynthesis.

Similarities Between Protozoa and Algae

Difference Between Protozoa and Algae

Protozoa: Protozoa are single-celled animals that belong to the kingdom Protista.

Algae: Algae produce their own food by photosynthesis.

Protozoa: Protozoa do not contain chlorophyll.

Protozoa: Protozoa do not have a cell wall.

Algae: Algae have a cell wall made up of cellulose.

Protozoa: The resting unit of protozoa is the cyst.

Algae: The resting unit of algae is the spore.

Protozoa: Protozoa like Plasmodium can cause diseases such as malaria in humans.

Algae: Algae may produce toxins, which are toxic to humans.

Protozoa: Protozoa serve as the foundation of most aquatic food chains.

Algae: Algae produce 70% of the oxygen in the atmosphere.