Monera is the kingdom which contains the least organized unicellular prokaryotic microorganisms on earth. Microorganisms in kingdom Monera play a vital role in nitrogen and carbon cycles. They are metabolically diverse, using a variety of substrates as their energy and carbon sources. Asexual reproduction is identified in monerans, occurring by binary fission, budding and fragmentation.  Since monerans are prokaryot, they do not have membrane-bound organelles like the nucleus. Horizontal gene transfer is also found in monerans. Archaebacteria, cyanobacteria and eubacteria are the three domains of kingdom Monera.

Archebacteria are considered to be evolved just after the first life on earth. Hence, they are called ancient bacteria. Archaebacteria usually live in extreme environments like hot springs, salt lakes, oceans, marshlands and soils. They were also found in human skin, oral cavity and colon as well. Three types of archaebacteria are found: methanogens, halophiles and thermophiles. Methanogens live in oxygen-free environments whereas halophiles live in water with high salt concentrations. Thermophiles live in hot environments. 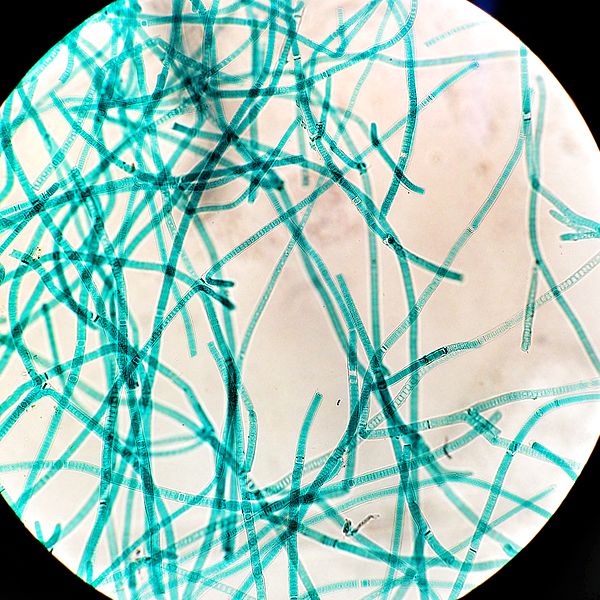 Protista is the kingdom which contains the second least organized organisms on earth. Protists are eukaryotes, which can be either unicellular or multicellular organism. But, they are neither fungi, plants nor animals. Since protists are eukaryotes, they contain membrane-bound organelles as well as the nucleus. Metabolism of protists depends on the type of organism. Some are autotrophs like algae whereas the others are heterotrophs like euglena and amoeba. Protists can also be parasites. Protists exhibit sexual reproduction by producing gametes and asexual reproduction by binary fission. Algae, protozoans and molds are the two domains of protists.

Algae are plant-like, mostly unicellular organisms. They are autotrophs, containing plastids called chloroplasts. A single cell consists of a large single chloroplast. Three types of algae are found: green algae, red algae and brown algae. Protozoans are the animal-like unicellular microorganisms. They are heterotrophs, engulfing food particles by phagocytosis and digesting them in order to obtain nutrients. Protozoans are capable of moving by the motion of their flagella. Flagellata, Ciliophora, Amoebozoa and Sporozoa are the four types of protozoans. Molds are fungus-like, multicellular eukaryotes. Slime molds and water molds are the two types of molds. Elglena, a protozoan is shown in figure 2. 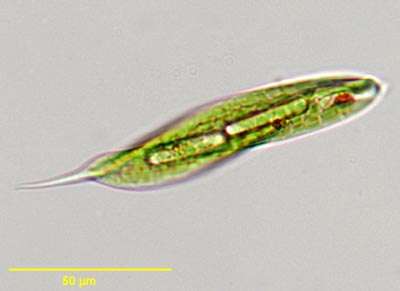 Difference Between Monera and Protista

Protista: Protista consist of both unicellular and multicellular organisms.

Protista: Organisms in Protista are larger than monerans.

Monera: Monera does not consist of a well-defined nucleus in their cells.

Monera: Monera does not consist of membrane-bound organelles.

Monera: Most monerans do not contain either cilia, flagella or pseudopodia.

Monera: Monera are found in almost all the habitats on earth.

Monera: Archaebacteria, cyanobacteria and eubacteria belong to the kingdom Monera.

Protista: Algae, protozoans and molds belong to the kingdom Protista.

Monera and Protista contain the two least organized organisms on earth. Monera consists of unicellular prokaryotes. Protista consist of both unicellular and multicellular eukaryotes. Archaebacteria, cyanobacteria and eubacteria are the three types of monerans. Protozoans, algae and molds are the three types of protists. Monera are found in almost all the habitats on earth. In contrast, protists are mainly found in aquatic habitats. Monera do not have membrane-bound organelles like nucleus, Golgi and ER. But, protists consist of a well-defined nucleus. However, the main difference between Monera and Protista is their organizations of cells in each kingdom.