Cilia and flagella are external structures in cells, which contribute mainly to the locomotion of cells. Cilia are short, hair-like structures, present in large numbers throughout the surface of some cells. Flagella are long, thread-like structures, present in lesser number at only one end of the cell. Cilia beat in a coordinated rhythm while flagella beat independently from each other. Cilia are only found in eukaryotic cells. Flagella are found in both prokaryotic and eukaryotic cells. Organisms containing both motile cilia and flagella can be grouped as undulipodia. The main difference between cilia and flagella is that cilia prevent the accumulation of dust inside the breathing tubes, creating a thin layer of mucous along the tubes whereas flagella are mainly used by sperm cells to propel themselves through the female reproductive organ.

Primary cilia are found in every animal cell; a single primary cilium is found in all mammalian cells. They are mostly found in human sensory organs like eye and nose. Outer segment rod photoreceptor cell, which is found in the human eye, connects to its cell body via a specialized cilium. Dendritic knob of olfactory neuron also contains around ten primary cilia. Thus, primary cilia are considered as sensory cellular antennae which coordinate numerous signaling pathways in cells. These signaling pathways may sometimes be coupled with cell division and differentiation. Dysfunction of primary cilia leads to diseases like genetic ciliopathies, polycystic kidney disease, and congenital heart disease.

Motile cilia are found in large numbers on the surface of cells, beating in coordinated waves. The motile cilia in the lining of trachea sweep the mucus, which contains dirt out of the lungs. The beating of cilia in fallopian tubes in females lets the movement of ovum towards the uterus from the ovary. Epithelial sodium channels are found along the cilium, regulating the fluid level, bathing the cilia. The motility of cilia depends on the fluid level surrounding them. Cilia on the respiratory epithelium in lungs are shown in figure 1. 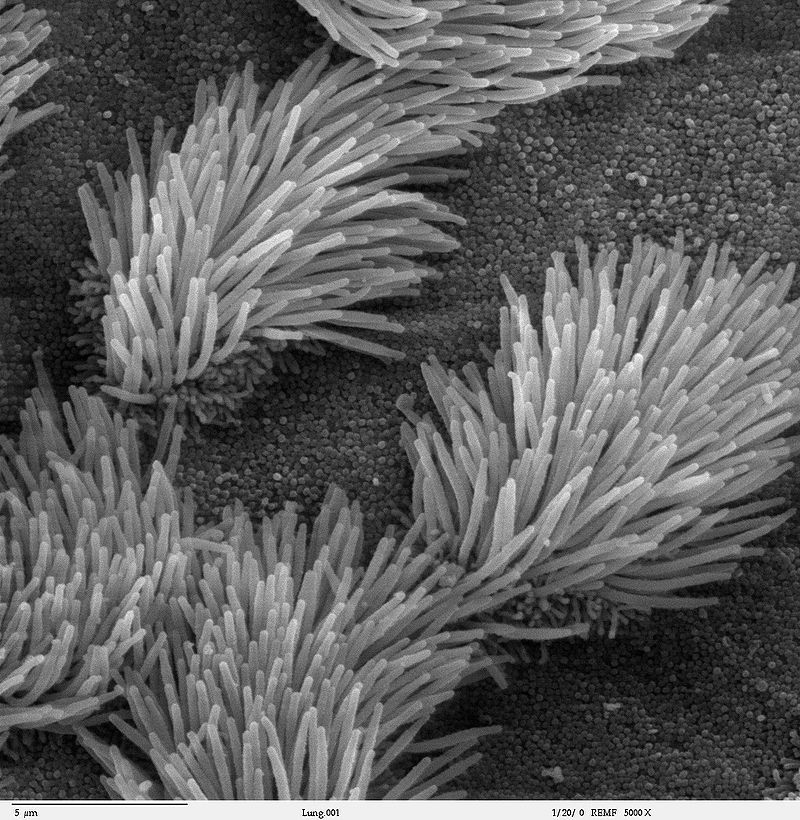 Figure 1: Cilia on the respiratory epithelium

Dynein is the protein which forms bridges, joining the neighboring microtubule doublets. Dynein activates by ATP to create a bending motion by sliding over the adjacent microtubule doublets. The axonemal cytoskeleton provides binding sites for molecular motor proteins like kinesin II. Kinesin II contribute to carrying proteins up and down in the microtubule.

Cilium, at its base, is attached to the basal body, which is the microtubule organizing center. The basal body contains proteins like CEP164, CEP170, and ODF2, which regulate the stability and formation of the cilium. The transition zone between the axoneme and basal body serves as the docking station for motor proteins and intraflagellar transport. Ciliary rootlet is a cytoskeleton structure, which is around 100 nm in diameter, originating from basal body and extending towards the cell nucleus. The structure of a motile cilium is shown in figure 2. 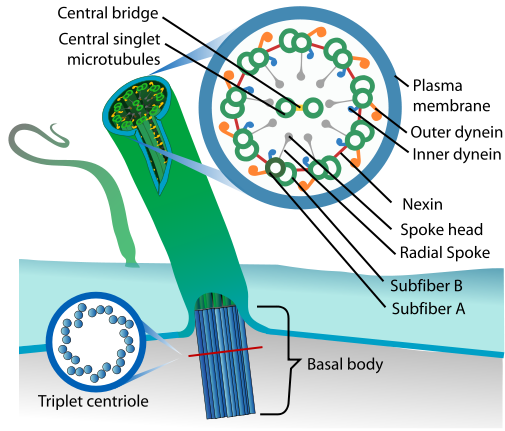 A cilium works as a nanomachine composed of around 600 proteins in its molecular complex, functioning independently. In epithelial cells, primary cilia serve as cellular antennae, which provides the chemosensation, mechanosensation, and thermosensation of extracellular environment. They mediate cellular signaling pathways. Motile cilia also play a secretory role downstream to the fluid flow. Most epithelial cells are ciliated. Cilia prevent dust accumulation inside the breathing tubes, trachea by creating a thin layer of mucous along trachea. Cilia in the fallopian cells allow the passage of ovum along the Fallopian tube.

Flagella are lash-like organelles, which protrude from a side of some prokaryotic or eukaryotic cells. The major role of flagella in the cell is the cellular locomotion. Flagella also serve as sensory organelles for chemicals and temperature of the outside environment. Prokaryotic and eukaryotic flagella differ in their composition. Chlamydomonas, containing flagella on the side of the cell are shown in figure 3. 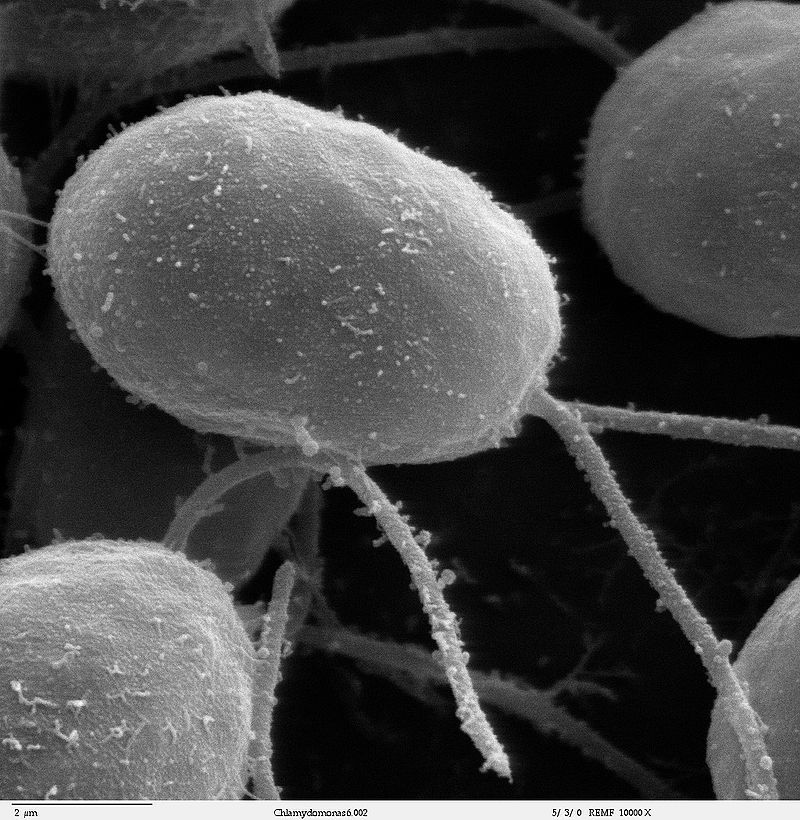 Figure 3: Chlamydomonas with their flagella

Three types of flagella are identified: bacterial, archaeal and eukaryotic. Flagella in bacteria are helical filaments, containing rotary motors which turn clockwise or anticlockwise. Different arrangements of the prokaryotic flagella can be identified. Vibrio cholera-like monotrichous bacteria contain a single flagellum. Multiple flagella located at the same spot can be found in lophotrichous bacteria. The bases of these flagella are surrounded by a specialized cell membrane region called the polar organelle. Bacteria consisting of two flagella in each of the two opposite sides are called amphitrichous bacteria. Some spirochetes consist of specialized flagella arising from opposite poles, which contribute as an axial filament. Peritrichous bacteria like E Coli contain projected flagella from each direction. The arrangement of bacterial flagella is shown in figure 4. 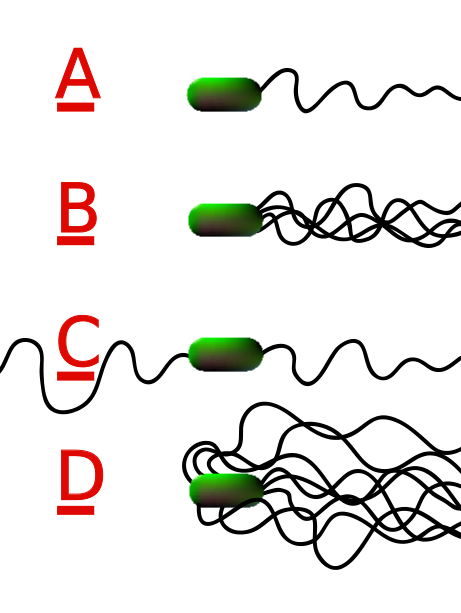 Bacterial flagellum consists of a rotary engine called the motor, which is made up of proteins. It is powered by proton motive force, generated by the H+ ions concentration gradient across the cell membrane. The rotor operates at around 6,000 to 17,000 rpm. Flagella operates at around 200 to 1,000 rpm. The rotation of the flagella can achieve 60 cell lengths per second.

On the other hand, archaeal flagella are considered as non-homologous. Eukaryotic flagella are structurally similar to eukaryotic cilia but differ based on the function. Eukaryotic cells like animal, plant, and protist contain flagella in their cells.

Bacterial and archaeal flagella are involved in the locomotion of cells, moving the cell into a different location for requirements such as feeding, reproduction, and circulation. Mammalian sperms especially use flagella in order to propel through the female reproductive organ until they meet the ovum.

Inner and outer arms of dynein, connecting the nine microtubule doublets, use the energy from hydrolyzed ATP in order to generate propeller-like motion in the flagellum. The presence of nexin in the flagellum gives a planar, wave-like motion. The difference between the beating pattern of flagellum and cilium is shown in figure 5. 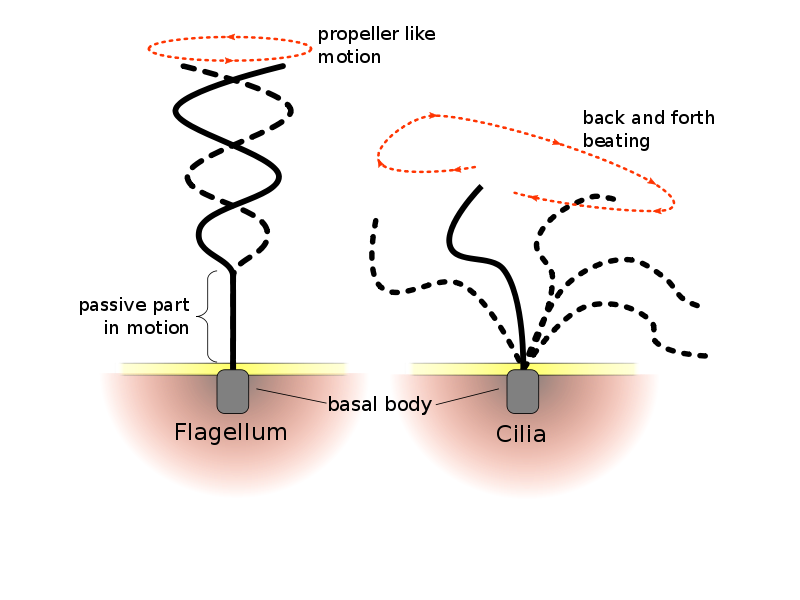 Figure 5: Difference between the motion of flagellum and cilium

Difference Between Cilia and Flagella

Cilia: A single cell contains a numerous number of cilia.

Flagella: A single cell contains a fewer number of flagella.

Flagella: Flagella are around 150 µm in length.

Flagella: Flagella consist of 9+2 axoneme structure, and nexin is found between microtubule doublets, generating a rotational movement in the flagellum.

Cilia: Cilia are only found in eukaryotic cells.

Flagella: Flagella are found in both prokaryotic and eukaryotic cells.

Cilia: Cilia occur throughout the cell.

Flagella: Flagella occur at one end of a cell.

Cilia: Cilia use kinesin, which contains an ATPase activity, producing energy to perform the movement.

Flagella: Flagella are powered by the proton-motive force of plasma membrane.

Cilia: Cilia prevent dust accumulation in breathing tubes by creating a thin layer of mucous in the tube.

Flagella: Flagella are mainly used by sperm cells to move and propel.

Cilia: Cilia involve in processes like locomotion, feeding, and circulation.

Flagella: Flagella is involved in locomotion.

Cilia: Cilia are found in the lining of the body tubes like respiratory tract and reproductive organs in mammals.

Both cilia and flagella are structurally identical organelles; the main difference between cilia and flagella is in their function, not structure. Cilia are short, hair-like structures, found in high density on the surface of mammalian cells. Cilia exhibit a back and forth beating while flagella exhibit propeller-like motion. Hence, cilia are mostly involved in feeding, reproduction, and circulation in eukaryotes and flagella is mainly involved in locomotion. Cilia protect the respiratory tract from dust accumulation. Cilia in the Fallopian tubes of mammals move the ovum from ovary to uterus. On the other hand, flagella are involved in the propelling of the sperm towards the ovum through the female reproductive organ.