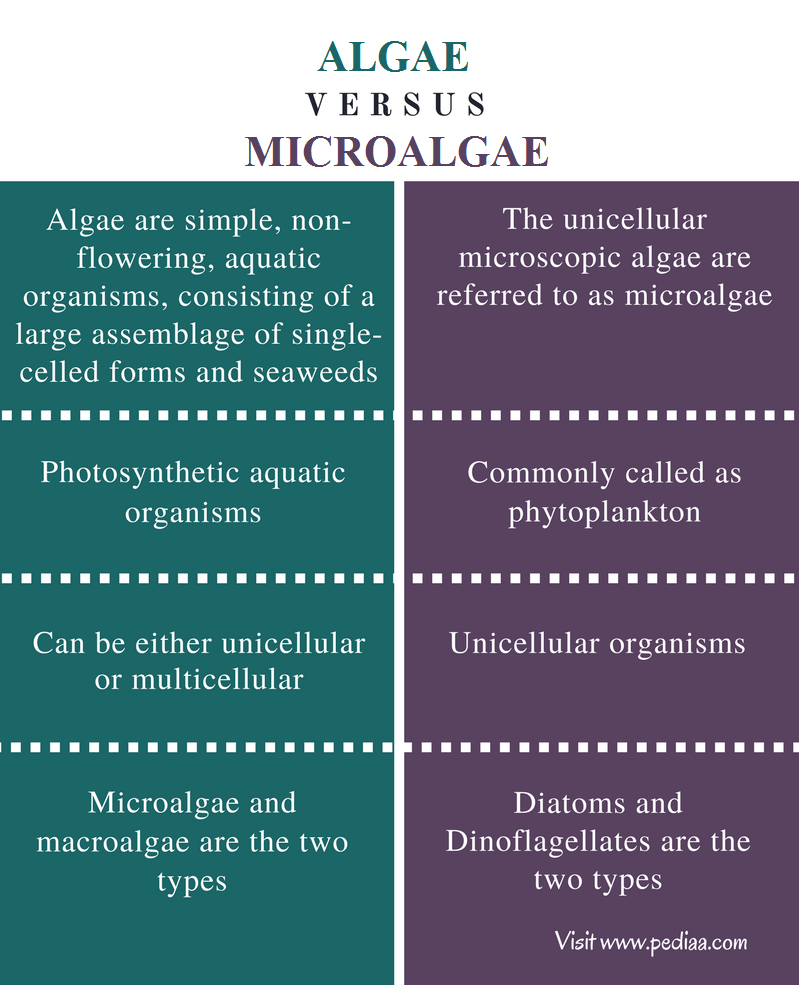 Algae are a simple, non-flowering, aquatic organisms, consisting of many single-celled forms and seaweeds. However, algae do not consist of true stems, root, leaves, and a vascular system. Since algae have a huge diversity, they can be found everywhere on earth. Algae play a major role in aquatic food chains by acting as primary producers. Around 70% of the oxygen in the atmosphere is produced by algae. Algae can grow in water resources such as sea, brackish, and waste water systems. The reproduction of algae occurs both sexually and asexually. Two types of algae can be identified; microalgae and macroalgae. The large-celled, autotrophic algae are referred to as macroalgae. Macroalgae are commonly called as seaweeds. They are very important sources in aquatic ecosystems as they serve as great food sources for herbivorous animals. In addition, macroalgae serve as natural filers by reducing the levels of nitrites/nitrates and phosphates from the water. This is why macroalgal filters are popular among saltwater aquariums.

The root-like structure of the macroalgae is called the holdfast, and this provides support to the plant body. Macroalgae consist of blades, corresponding to leaves of a true plant.  The frond is a collection of blades. The plant body of macroalgae is called the thallus. The float of macroalgal thallus is assisted by air-bladders. At the center of the frond, a mid rib is present in some macroalgae. Based on the type of photosynthetic pigments present, three type of macroalage can be identified as green algae (Chlorophyta), red algae (Rhodophyta), and brown algae (Phaeophyta).

The unicellular microscopic algae are referred to as microalgae. Microalgae are also commonly called as phytoplankton. Many microalgae are autotrophs, which use photosynthesis to produce food. Some heterotrophic microalgae can grow in the dark by utilizing sugars. A few microalgae grow by combining both nutritional modes and they are called mixotrophic algae.

Similarities Between Microalgae and Macroalgae

Difference Between Algae and Microalgae

Microalgae: The unicellular microscopic algae are referred to as microalgae.

Algae: Algae can be either unicellular or multicellular.

Algae: Microalgae and macroalgae are the two main types of algae.

Microalgae: Diatoms and Dinoflagellates are two types of microalgae.