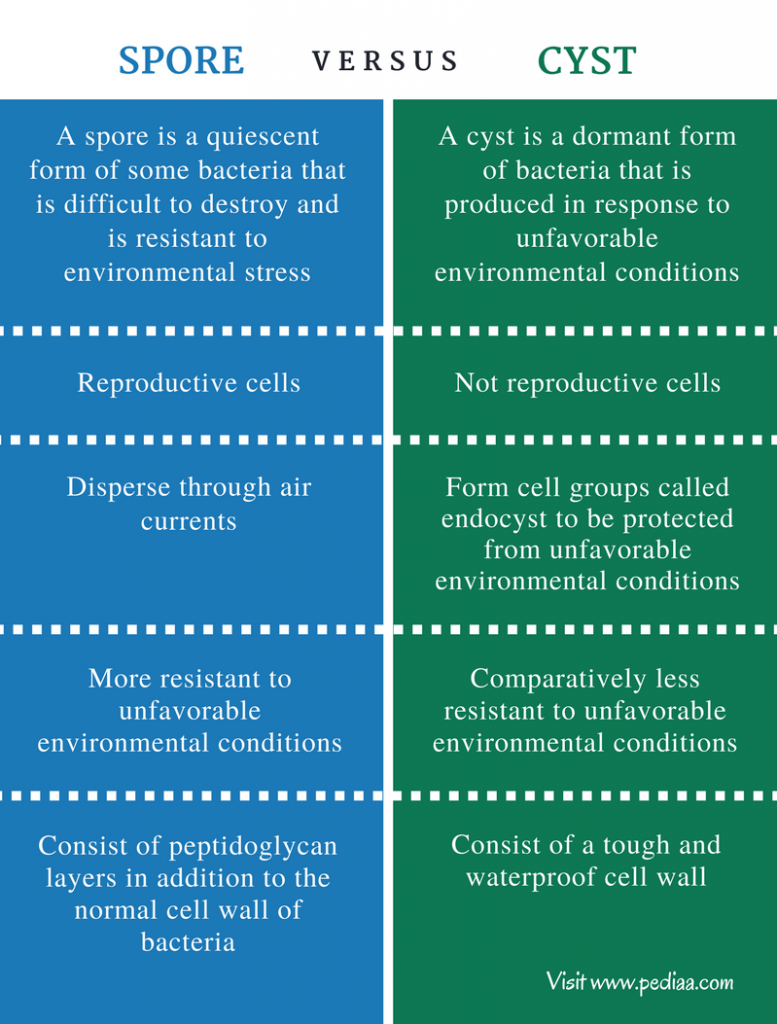 What is a Spore in Bacteria 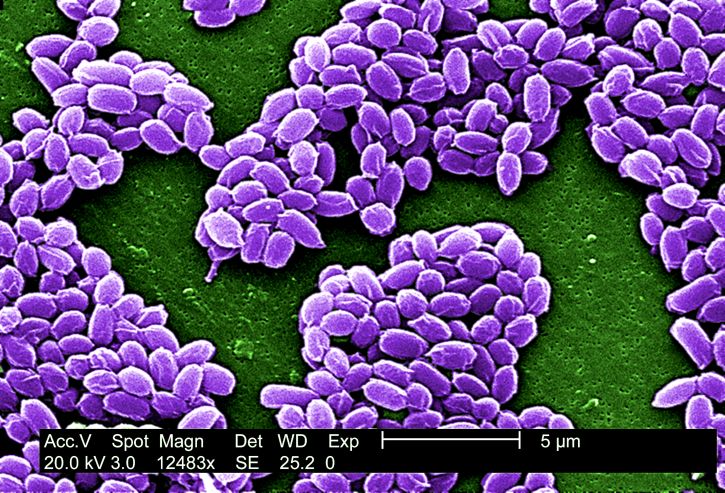 Different types of bacteria produce different types of spores. They are endospores, exospores, myxospores, and cysts. Endospores consist of the most complex structure and they are the most resistant type of bacterial spores.  Endospores are produced by low G+C gram positive bacteria. The outermost layer of an endospore is a proteinaceous coat, which provides protection against enzymes and chemicals. Beneath the proteinaceous coat, the cortex, which is a specialized layer of peptidoglycans, is found. The cortex protects bacterial spore from dehydration. The cortex also provides the resistant against extreme temperatures. After the germination of the spore, the cortex becomes the new cell wall of the bacteria. Beneath the cortex, an inner membrane can be identified, which serves as the major permeability barrier for chemicals. Bacterial DNA, along with ribosomes and a large amount of dipicolinic acid can be found at the center of the spore. Small acid-soluble proteins (SAPs) are tightly bound to the condensed bacterial DNA. These proteins protect DNA from UV and other chemicals. The endospores of Bacillus are shown in figure 1.

What is Cyst in Bacteria

A cyst is a type of spore that is produced by the bacteria in response to unfavorable environmental conditions. The formation of cysts is referred to as encystment. The encystment allows the dispersal of bacteria from one location to another. Cysts are less resistant structures than spores. They form a group of cells called endocyst. In cysts, the cell feeding metabolism, and locomotion are ceased. 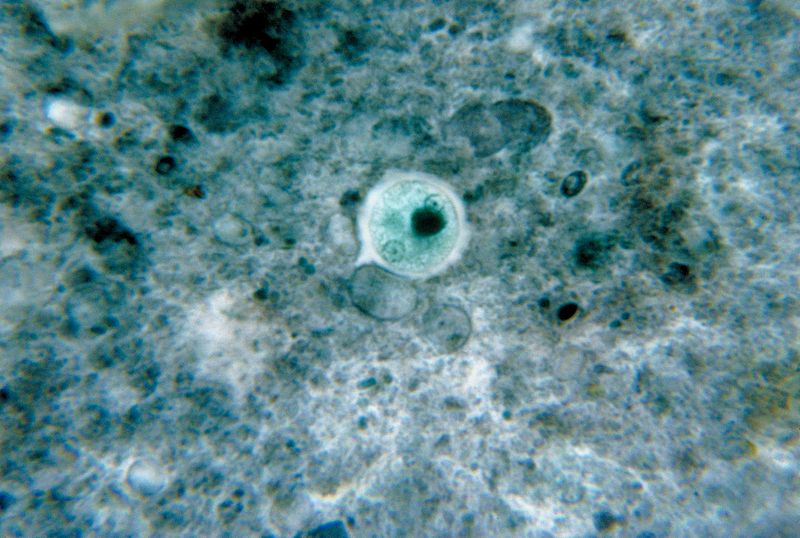 Similarities Between Spore and Cyst in Bacteria

Difference Between Spore and Cyst in Bacteria

Spore: A spore is a quiescent form of some bacteria that is difficult to destroy and is resistant to environmental stress.

Cyst: A cyst is a dormant form of bacteria that is produced in response to unfavorable environmental conditions.

Cyst: Cysts are not reproductive cells.

Spore: Spores consist of peptidoglycan layers in addition to the normal cell wall of bacteria.

Cyst: Cysts consist of a tough and waterproof cell wall.

Spore and cyst are two resting stages of bacteria. Spore consists of more thickened cell wall when compared to a cyst. Therefore, spores are more resistant to harsh environmental conditions. Both spores and cysts serve as dispersal units of bacteria. The main difference between spore and cyst in bacteria is their structure and resistance to harsh environmental conditions.