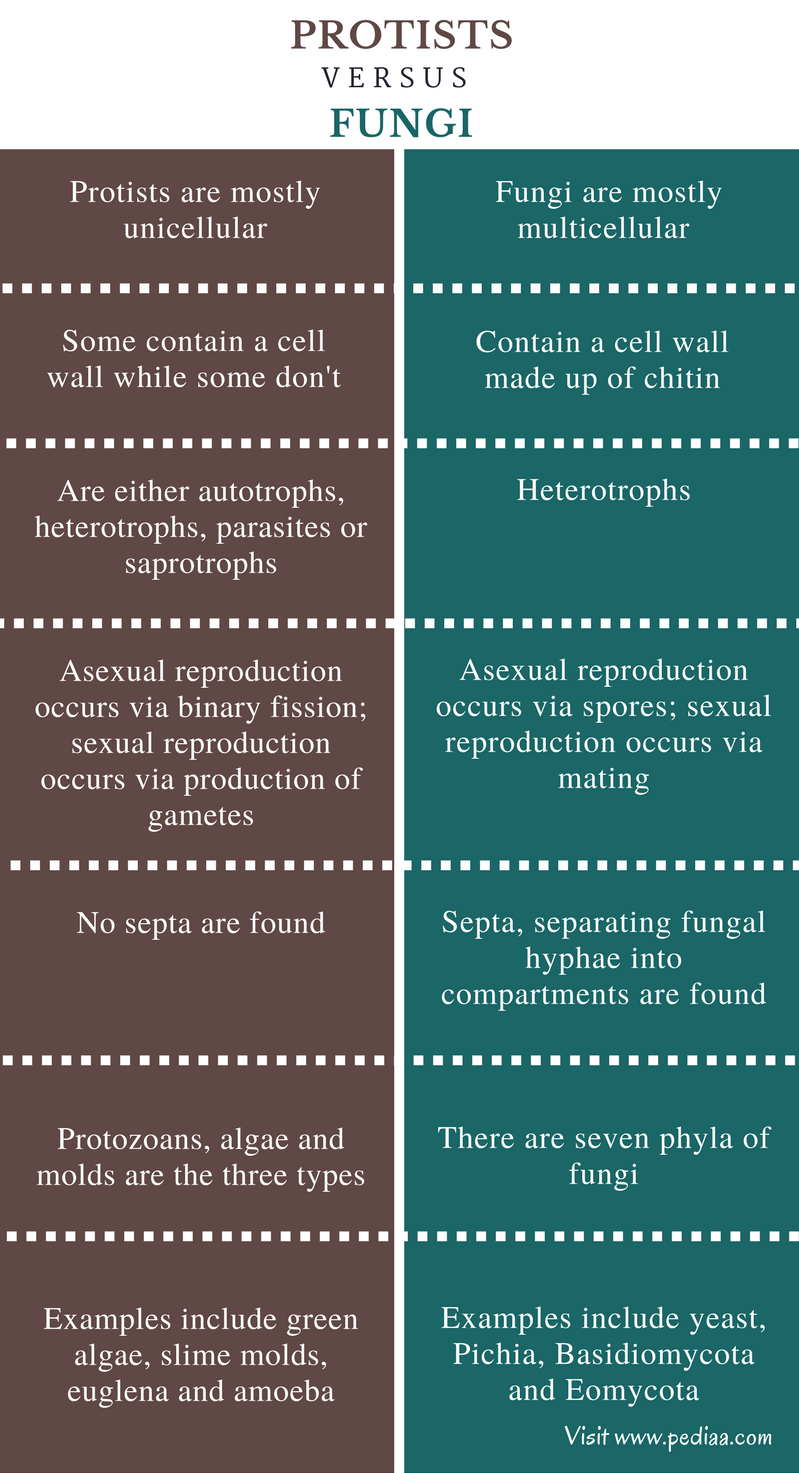 Protists are unicellular organisms, which cannot be typically observed by the naked eye. They are classified under the kingdom of Protista as eukaryotes, which are not either fungi, plants or animals. Some protists contain a cell wall but some do not. Protists can be either autotrophic, heterotrophic, parasitic or saprotrophic. They exhibit sexual reproduction by producing gametes and asexual reproduction by binary fission.

Protozoans, algae and molds are the three domains of kingdom Protista. Protozoans are the animal-like unicellular microorganisms of protists. They are heterotrophs, engulfing food particles by phagocytosis and digesting them in order to obtain nutrients. Protozoans are capable of moving by the motion of their flagella and pseudopodia. Flagellata, Ciliophora, Amoebozoa and Sporozoa are the four types of protozoans. Algae are the plant-like, mostly unicellular organisms. They are autotrophs, containing a single chloroplast per cell in order to carry out photosynthesis. Three types of algae are found: green algae, red algae and brown algae. Molds are the fungus-like, multicellular eukaryotes. Slime molds and water molds are the two types of molds. They are the giant members of kingdom Protista. 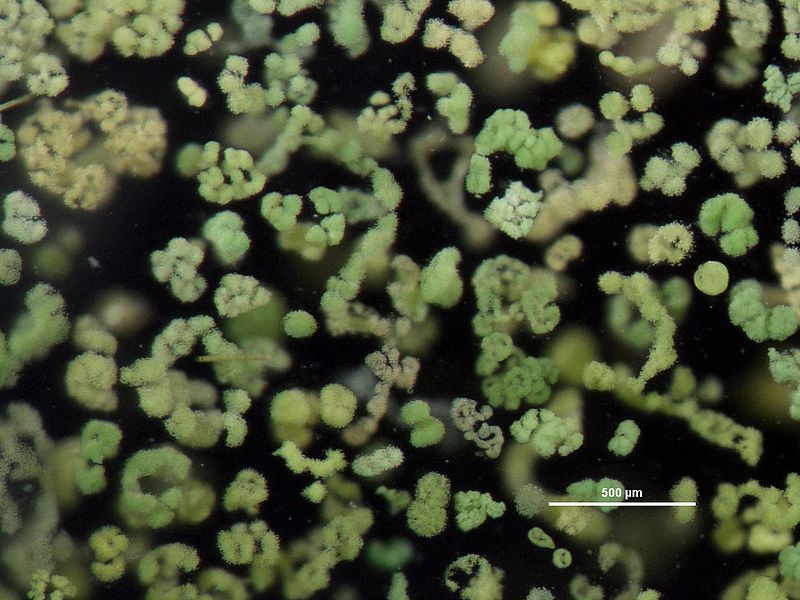 Fungi are eukaryotic, multicellular organisms, which are classified into the kingdom fungi. They are mainly immobile. The most characteristic feature of fungi is their chitin cell wall. Fungi are heterotrophs, which are capable of digesting food in the extracellular environments by secreting digestive enzymes. Most fungi are found in soil and on dead matter. They also live as symbionts with plants and animals. Some fungi become parasitic to the host organism. The growth of fungi occurs as hyphae, which are cylindrical, thread-like structures. Hyphae is divided into compartments by septa.  Mushrooms produce fruit bodies, which can be consumed by other animals. Asexual reproduction of fungi occurs by the production of spores. Sexual reproduction occurs by mating.

Seven phyla of fungi are described by scientists. They are Microsporidia, Ascomycota, Glomeromycota, Basidiomycota, Chytridiomycota, Neocallimastigomycota and Blastocladiomycota. Microsporidia are unicellular parasites in protists and animals. The characteristic feature of Ascomycota is the production of spores inside the ascus. Glomeromycota are parasites in plants. They invade roots of plants by their fungal hyphae. Basidiomycota produce meiospores in basidia. Chytridiomycota, Neocallimastigomycota and Blastocladiomycota produce zoospores, which are mobile. 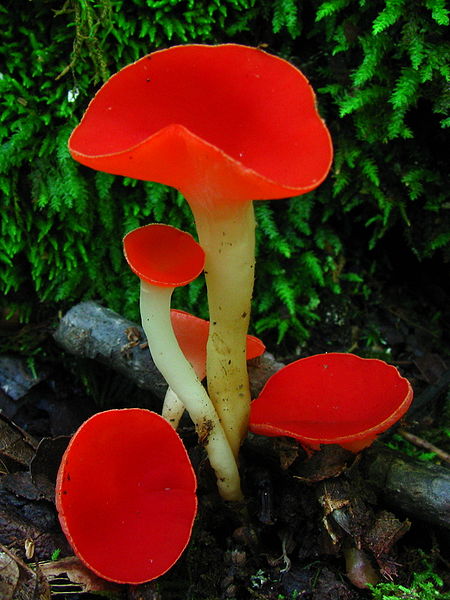 Difference Between Protists and Fungi

Fungi: Fungi contain a cell wall made up of chitin.

Protists: Protists are either autotrophs, heterotrophs, parasites or saprotrophs.

Protists: No septa are found in protists.

Protists: Protozoans, algae and molds are the three types of protists.

Protists: Green algae, slime molds, euglena and amoeba are the examples of protists.

Fungi: Yeast, Pichia, Basidiomycota and Eomycota are the examples of fungi.

Protista and fungi are lower level organisms, which are classified into the kingdom Protista and Fungi, respectively. Protists are mostly unicellular organisms, whereas the fungi are mostly multicellular organisms.  Protozoans, algae and molds are the three types of protists. Protozoans are animal-like, engulfing food particles from the environment by phagocytosis. Algae contain chloroplasts. Molds are fungus-like giant structures. Protists can be either heterotrophs or autotrophs.  Fungi contain a cell wall, which is made up of chitin. Fungi grow as a hypae. Some fungi also possess septa, producing separate compartments in the fungal hypae. Fungi are heterotrophs, which are capable of digesting food in the extracellular environment. However, the main difference between protists and fungi is their cellular organization.