Coding and noncoding DNA are two main types of DNA, which occur in the genome. Generally, proteins encoded by coding DNA have structural, functional, and regulatory importance in the cell while noncoding RNAs are important for controlling gene activity. 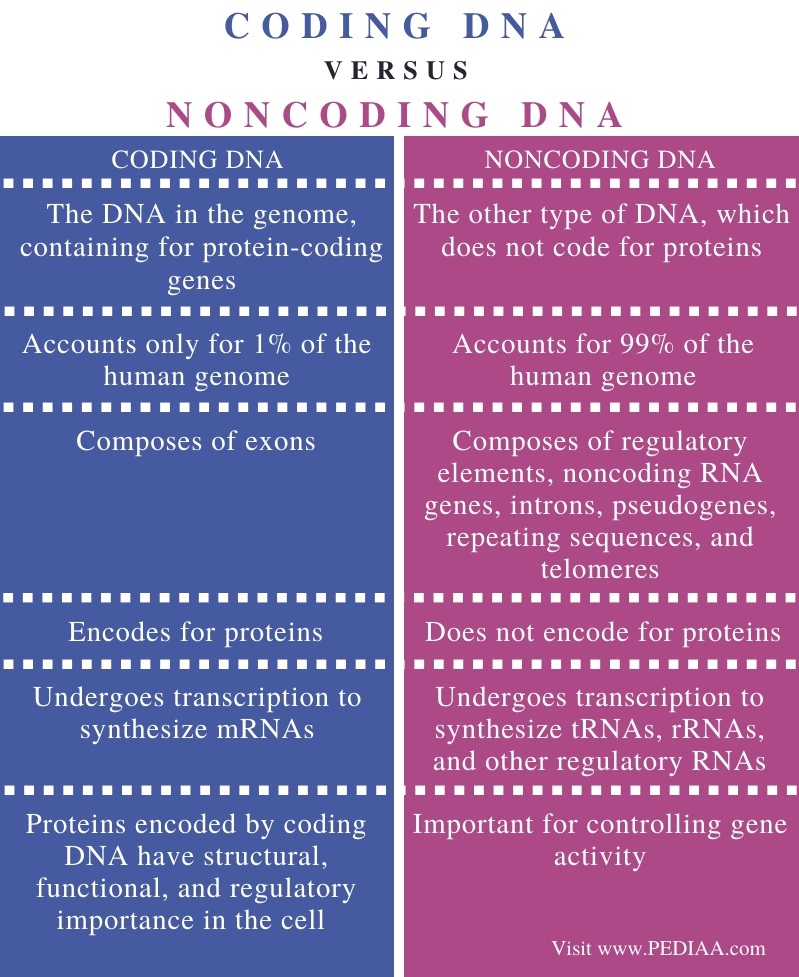 What is Coding DNA 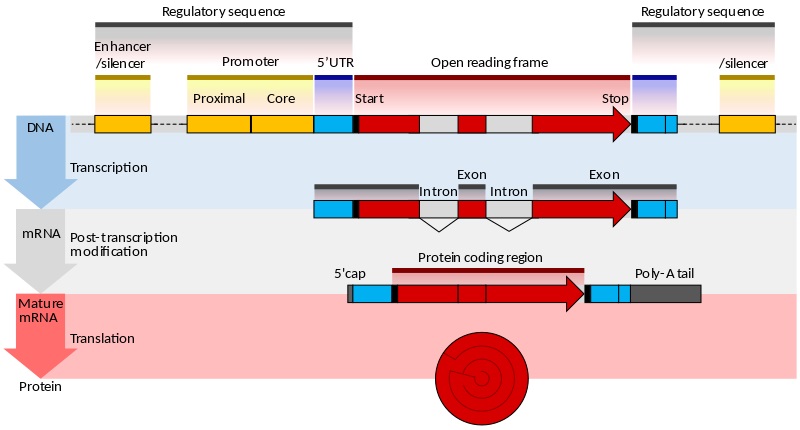 Furthermore, the coding region of a protein-coding gene undergoes transcription to produce an mRNA. In the mRNA, the 5′ UTR and 3′ UTR flank the coding region. Also, the CDS in the mRNA transcript undergoes translation to produce an amino acid sequence of a functional protein. Therefore, proteins are the gene product of the coding DNA. For instance, they have structural, functional, and regulatory importance in the cell.

What is Noncoding DNA

Noncoding DNA is the other type of DNA in the genome, accounting for 99% of the human genome. Significantly, it does not encode for protein-coding genes. Thereby, it does not provide instructions for the synthesis of proteins. Generally, the types of noncoding DNA in the genome include regulatory elements, noncoding RNA genes, introns, pseudogenes, repeating sequences, and telomeres. 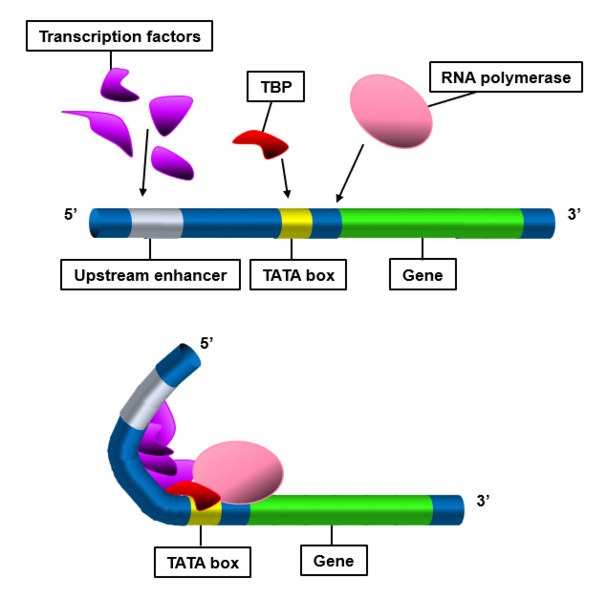 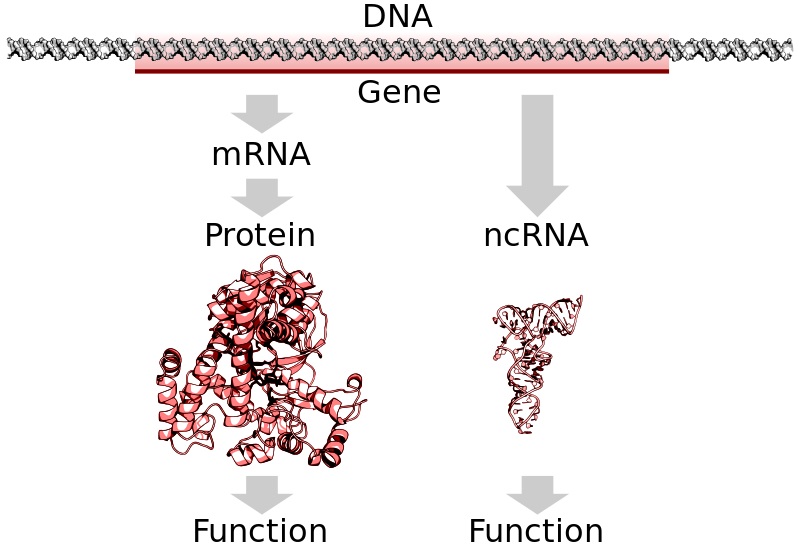 Significantly, the main function of the noncoding RNAs is to take part in translation and the regulation of gene expression.

Introns occur interrupting the coding region of protein-coding genes. Generally, they are removed after transcription by splicing exons to obtain an undisturbed coding region.

Pseudogenes are the genes, which lost their protein-coding ability. Also, they arise due to retrotransposition or genomic duplication of functional genes, and become “genomic fossils”.

Telomeres are repetitive DNA, which occurs at the end of chromosomes. They are responsible for preventing chromosomal deterioration during DNA replication.

Percentage in the Genome

The function of the Gene Products

Proteins encoded by coding DNA have structural, functional, and regulatory importance in the cell while noncoding DNA is important for controlling gene activity.

Coding DNA is the type of DNA in the genome, encoding for protein-coding genes. Generally, these genes undergo transcription to synthesize mRNA. In eukaryotes, the coding region of protein-coding genes is interrupted by introns, which are removed after transcription. However, mRNAs undergo translation to produce proteins. Significantly, proteins play a key role in the cell by serving as structural, functional, and regulatory components of the cell. In contrast, noncoding DNA is another type of DNA, representing around 99% of the genome. However, it contains genes for noncoding RNAs, including tRNAs, rRNAs, and other regulatory RNAs, which are important in the translation of mRNA. Besides, noncoding DNA includes regulatory elements, introns, pseudogenes, repeating sequences, and telomeres. Therefore, the main difference between coding DNA and noncoding DNA is the type of genes present and their gene products.