Home » General » What is the Difference Between Cohabitation and Marriage

The main difference between cohabitation and marriage is that cohabitation is living together, and having a sexual relationship without being married, while marriage is a legally and socially sanctioned union between two people, usually a man and woman. 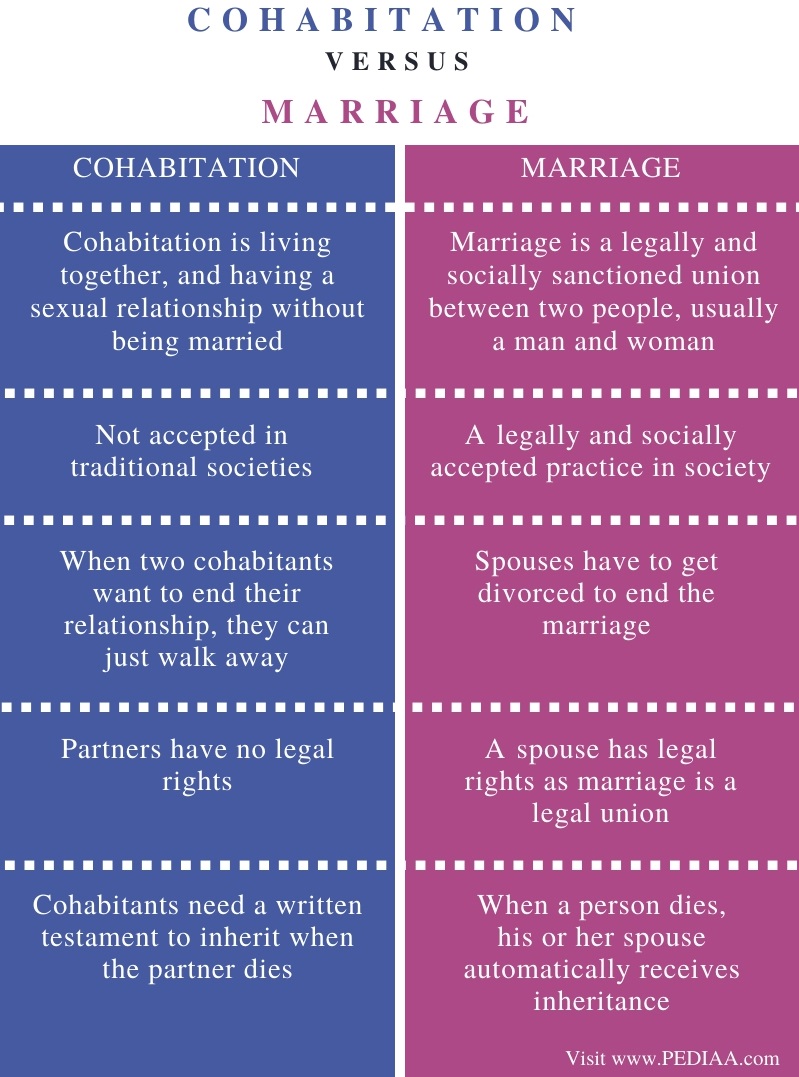 There are many reasons for living together or cohabitation. Couples may live together in order to save money due to the convenience of living together or the need to find housing. Another reason is the ability to spend time together and testing out their relationship before marriage.

However, there are also many oppositions against cohabitation in the modern world. Most religions frown upon non-marital unions and claim that living together is a sin. Moreover, more traditional societies find cohabitation as a taboo practice.

Another issue with cohabitation is its lack of legality. Cohabitants or unmarried partners who live together, even for many years, are not entitled to legal rights enjoyed by married couples. A cohabitation agreement can be a solution to this problem. It is a legal document that helps couples to plan how to manage their money during the relationship, and what will happen in case of separation.

Marriage is a legally or formally sanctioned union between two people. Traditionally, marriage has been viewed as a bond that unifies two people and lasts until death, but in modern society, marriage also ends in divorce or separation. 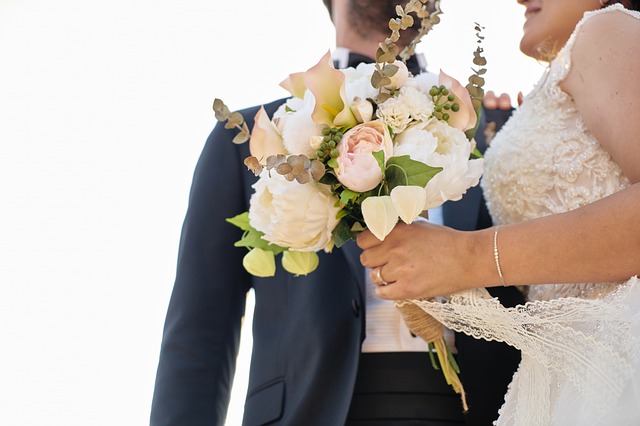 Most marriages in the modern world are monogamous, i.e., it only involves two persons, typically a man and a woman. Some countries have also legally accepted same-sex marriages. Polygamous marriages are marriages that involve more than two partners: polygyny involves men having multiple wives whereas polyandry involves women having multiple husbands. However, in most developed countries of the world, bigamy and polygamy are illegal practices.

Difference Between Cohabitation and Marriage

Cohabitation is living together and having a sexual relationship without being married, while marriage is a legally and socially sanctioned union between two people, usually a man and woman.

Marriage is a legally and socially accepted practice in society, whereas cohabitation is frowned upon in many traditional societies.

When two cohabitants want to end their relationship, they can just walk away; however, the end of marriage involves divorce, a legal proceeding.

In a marriage, a spouse has legal rights as marriage is a legal union; however, in cohabitation, the partners have no legal rights.

When a person dies, his or her spouse automatically receives the inheritance, but this is not the case in cohabitation. Cohabitants need a written testament to inherit.

Cohabitation is a state where two people live together without the sanction of marriage; in contrast, marriage is a legally or formally sanctioned union between two people. The main difference between cohabitation and marriage is their legality and social acceptance.