The main difference between crane and heron lies in the formation of their heads, which is the uppermost feature of their bodies. Cranes have bold, red-colored, featherless heads, whereas herons have fluffy heads with little feathers.

Most people think crane and heron are the same as they both share a grayish color and possess large bodies, long necks, and legs. However, if you keenly observe their flight, it is very easy to distinguish between cranes and herons as cranes usually stretch out their necks during flight while herons keep their necks curved. 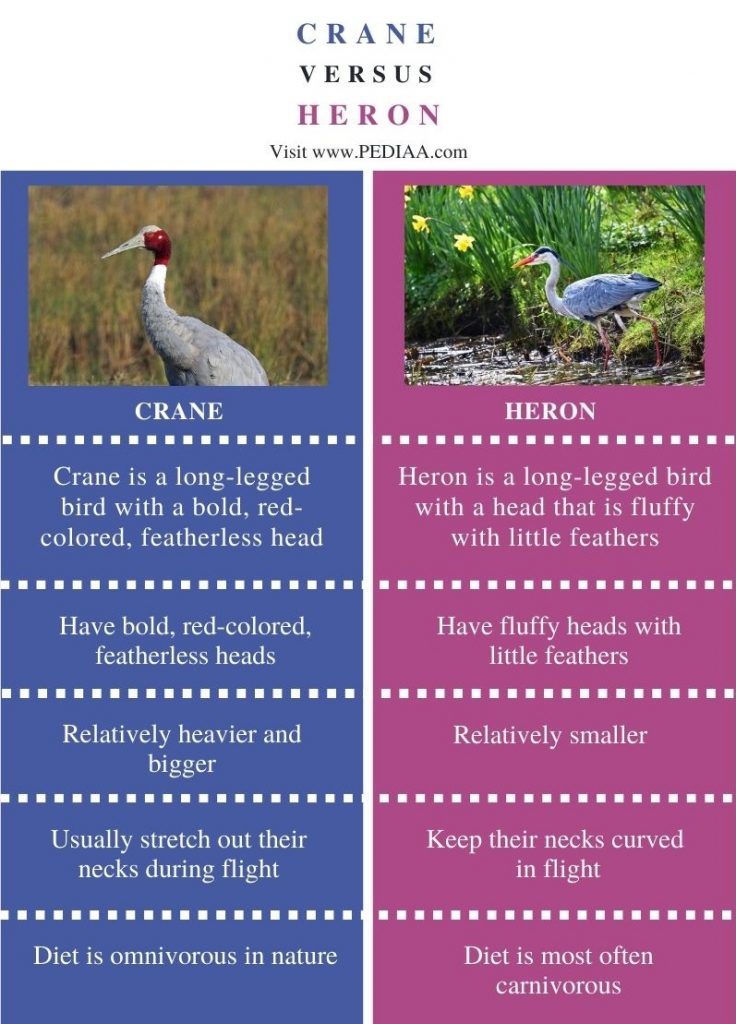 Cranes are a group of tall birds who have a body shape similar to egrets and herons. Cranes have long necks, bills, and long legs. Although cranes have a body similar to herons, cranes are relatively heavier and bigger in their build. When it comes to their color, cranes most frequently have white, brown, or gray shades. However, African crowned cranes known scientifically as Balearica pavonina possess a distinctive gold crown of feathers right on the top of their heads. When it comes to the body size of the cranes, whooping cranes that have wingspans up to 2.1 m is considered the tallest. 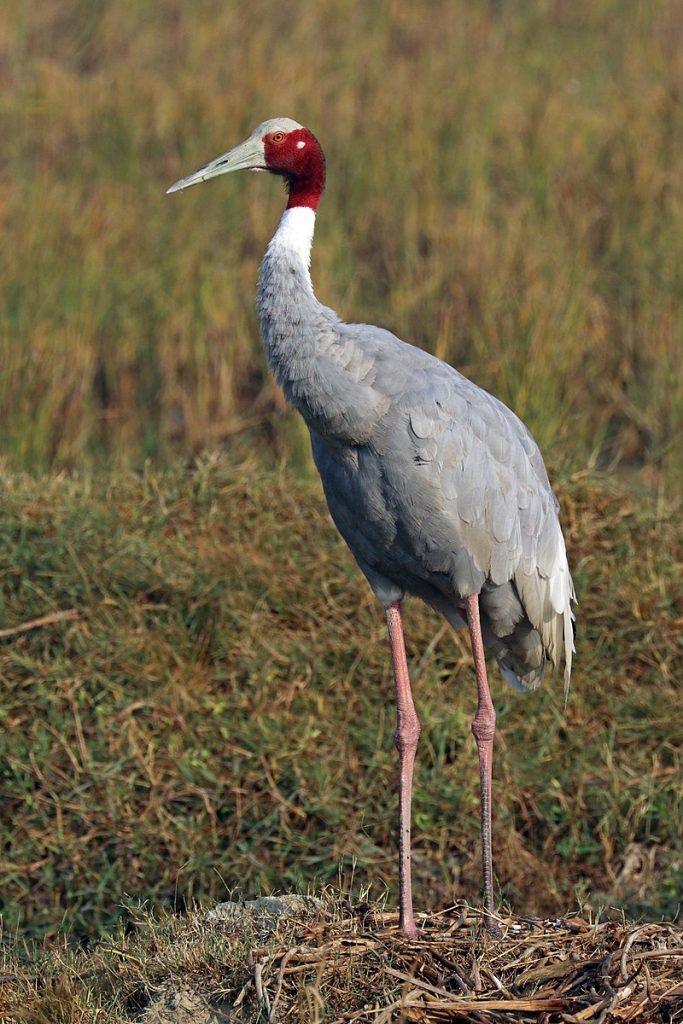 When focusing on their diet, cranes are omnivorous, and the food they consume includes both animals and plants. For instance, Sandhill cranes who usually inhabit marshy areas, feed on berries, seeds, and small invertebrates, whereas crane groups that live in relatively dryer areas would feed on insects, grains, birds, reptiles, and even small mammals. Most crane varieties usually build nests in marshy areas. However, crowned cranes usually build their nests in low trees.

Currently, the crane population faces many threats due to the destruction of their habitats and excessive hunting. Some species of cranes that are highly threatened to be endangered are protected by international agreements such as the Convention on the Conservation of Migratory Species of Wild Animals.

Heron is a long-legged bird that belongs to the scientific bird family, Ardeidae. Herons are similar in appearance to cranes. But they tend to be smaller in size and have fluffy heads with little feathers. These long-legged birds can be found in varying climatic regions in every corner of the world as herons naturally have an easily adaptable nature towards any environment they inhabit. However, this again means that herons are extremely sensitive toward any damage caused to their native habitat. 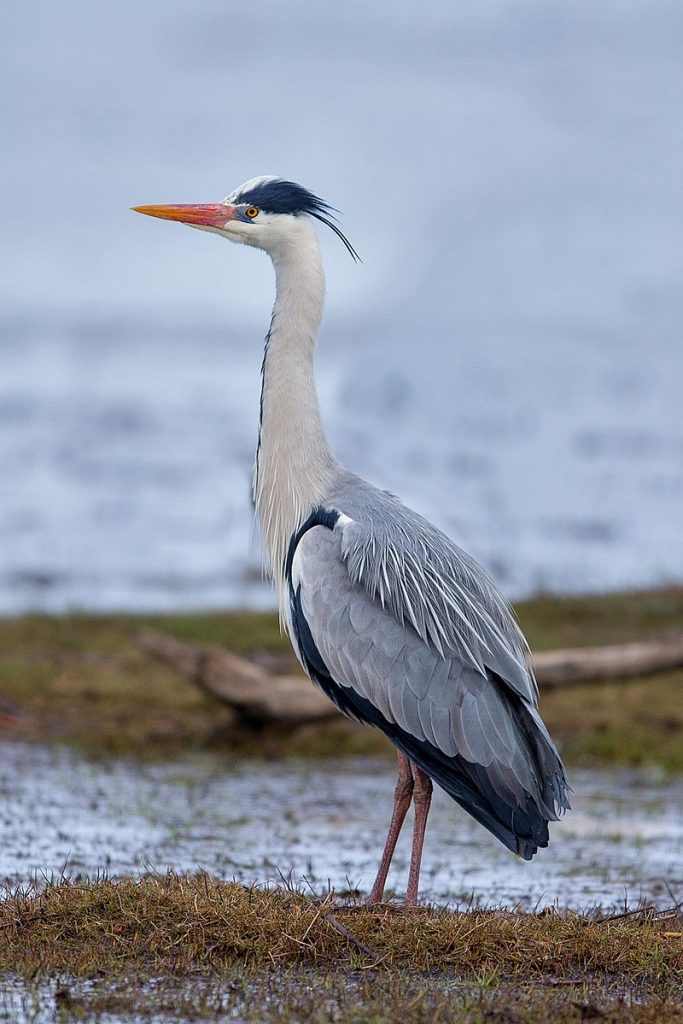 Herons are endemic to lakes, ponds, and freshwater wetlands, and their diet mainly includes aquatic animals like fish or frogs. However, unlike cranes, their diet is more carnivorous in nature, and they even feed on small mammals, reptiles, and sometimes even birds. When it comes to their nesting, herons build a large platform of sticks, mainly in trees, cliffs, or bushes.

Similarities Between Crane and Heron

Difference Between Crane and Heron

Moreover, cranes are relatively heavier and bigger than herons.

Besides, cranes usually stretch out their necks during flight while herons keep their necks curved in flight.

The diet of a crane is omnivorous in nature, while the diet of a heron is most often carnivorous.

Cranes have bold, red-colored, featherless heads, whereas herons have fluffy heads with little feathers. Moreover, cranes usually stretch out their necks during flight while herons keep their necks curved. These features are the most noticeable difference between crane and heron