The main difference between cream and ointment is the ratio between oil and water content in them. While cream usually includes oil and water in an equal ratio, ointments have a higher percentage of oil than water.

Cream and ointments are two products that can be used both for medicinal or cosmetic purposes. They serve different purposes due to the substances included in them and their ratios of water and oil. 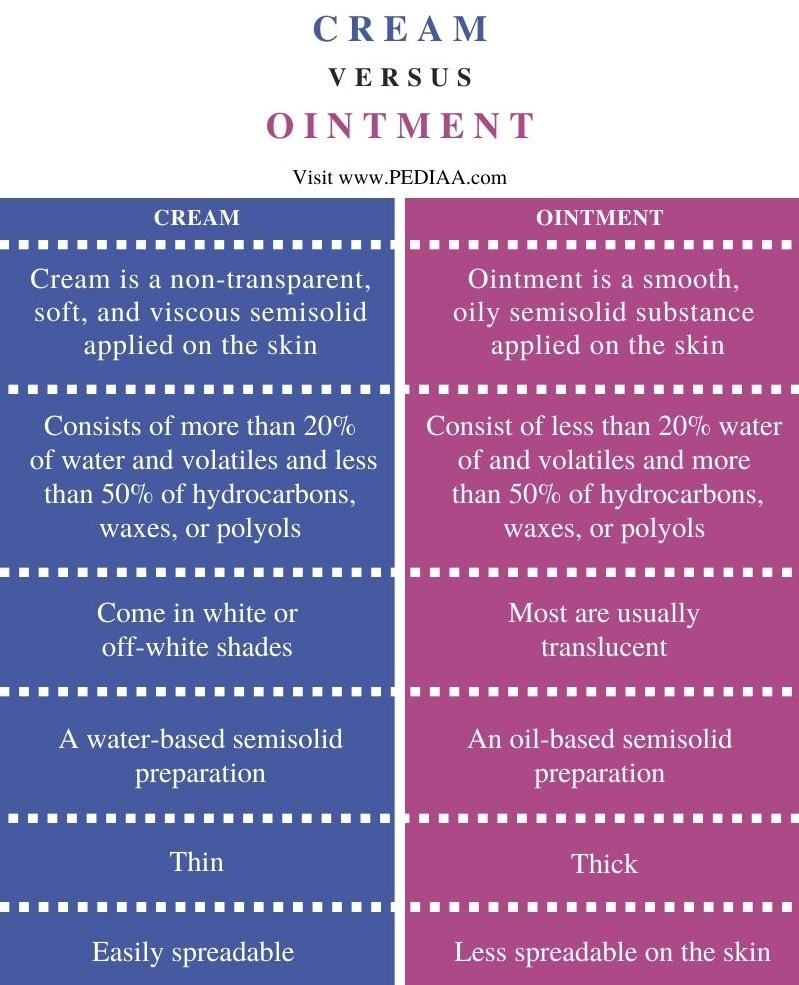 What is a Cream

A cream is a semisolid that is non-transparent, soft, and viscous we use for external application. Creams are usually consistently spreadable. They are typically made up of more than 20% of water and volatiles and less than 50% of hydrocarbons, waxes, or polyols. 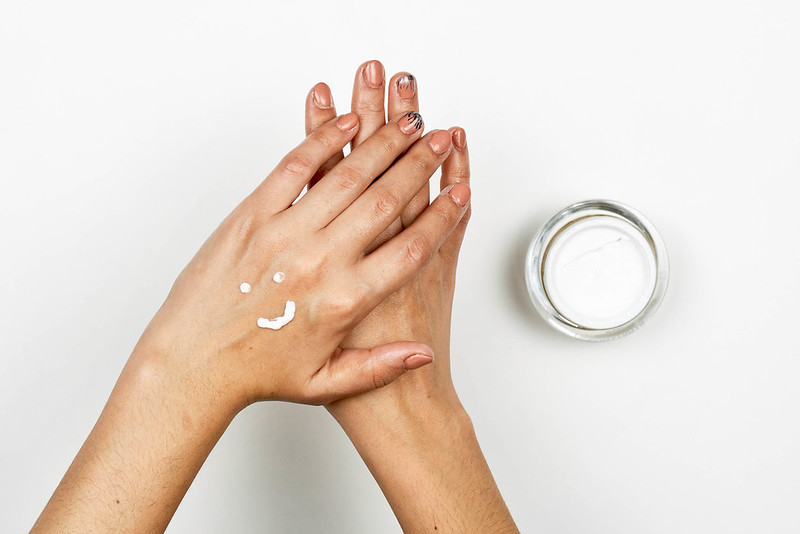 What is an Ointment

In brief, ointments are another form of semisolid external application substance. But they contain less than 20% of water and volatiles and more than 50% of hydrocarbons, waxes, or polyols. When it comes to colour, ointments are usually translucent. However, some ointments can have shades varying from light yellow, yellow to black. 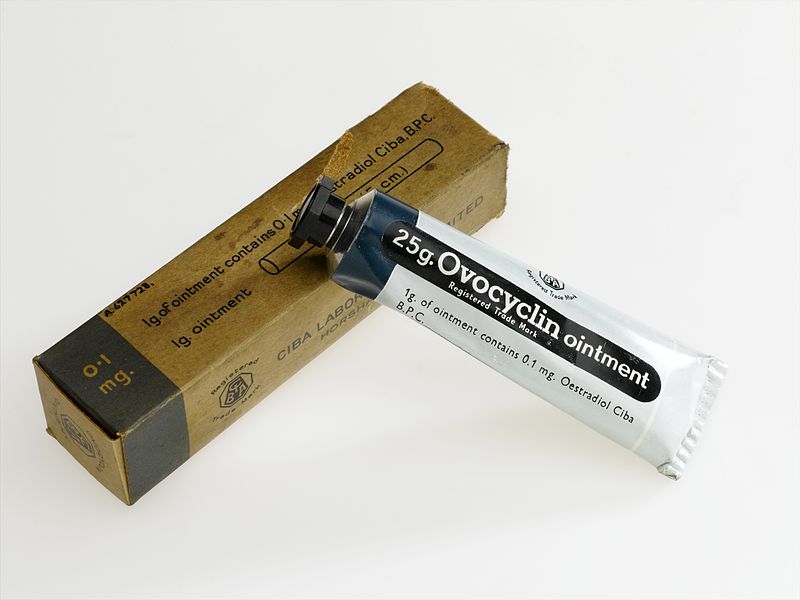 Similarities Between Cream and Ointment

Difference Between Cream and Ointment

Generally, creams come in white or off-white shades whereas most ointments are usually translucent.

Ointments are thick whereas creams are thin.

Pharmaceutical creams are easily spreadable compared to ointments, which are usually less spreadable on the skin.

The main difference between cream and ointment is that cream consists of more than 20% of water and volatiles and less than 50% of hydrocarbons, waxes, or polyols, while ointments consist of less than 20% water of and volatiles and more than 50% of hydrocarbons, waxes, or polyols. However, when focusing on the onset of action, creams work faster than ointments. When it comes to the duration of action, an ointment usually remains for a longer period on the skin, while a cream applied on the skin stays for a relatively shorter period

1. “A funny smiling face made with cosmetic cream on the skin” By Marco Verch Professional Photographer (CC BY 2.0) via Flickr
2. “Tube of ovocyclin ointment, in original carton, England, 195 Wellcome L0058218” By Welcome Images (CC BY 4.0) via Commons Wikimedia