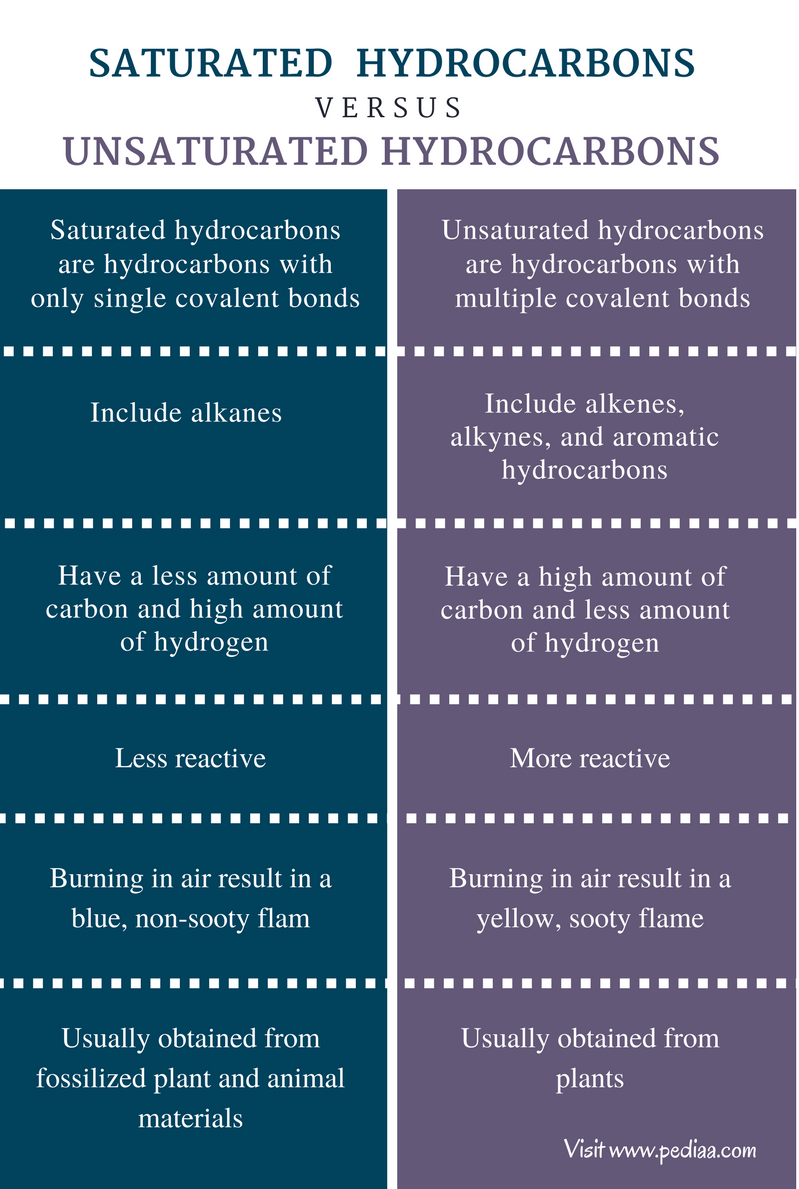 What are Saturated Hydrocarbons 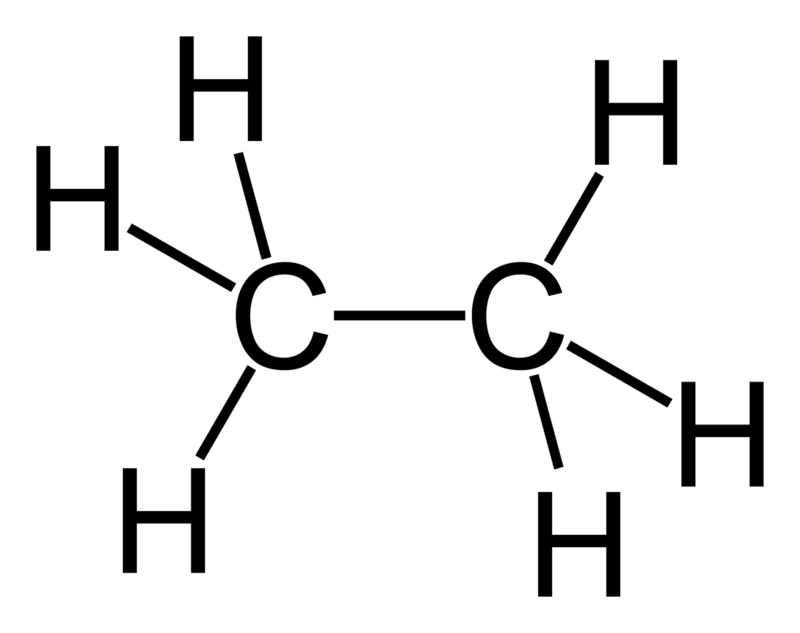 What are Unsaturated Hydrocarbons

There are three types of unsaturated hydrocarbons, namely; (a) alkenes, which contain one or more double bond (C=C), (b) alkynes, which contains one or more triple bonds (C≡C), and (c) aromatic hydrocarbons, which consist of a delocalized bonding resulting in a six-membered carbon ring. Examples of alkenes include ethene, propene, butene, etc. Acetylene, propyne, butyne are some examples for alkynes. Benzene, toluene, aniline are some common examples of aromatic hydrocarbons. The simplest form of unsaturated hydrocarbon is ethylene, which is important as a plant hormone that triggers the ripening of fruits. 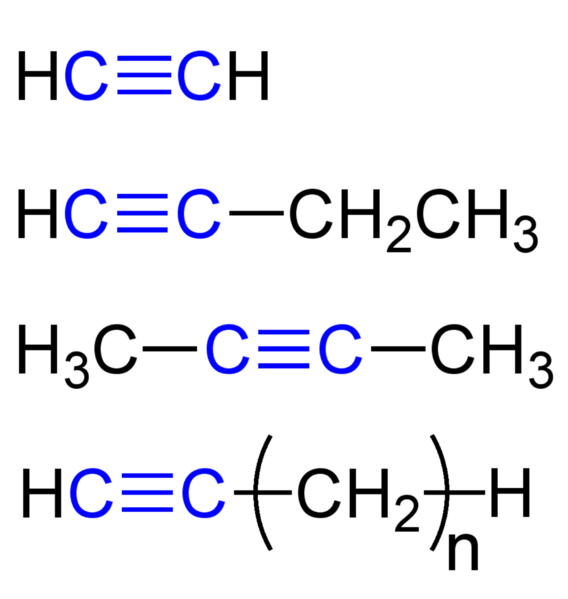 Difference Between Saturated and Unsaturated Hydrocarbons

Amount of Carbon and Hydrogen

Saturated Hydrocarbons: These are usually obtained from fossilized plant and animal materials.