The main difference between Doric Ionic and Corinthian is the features of their columns. Doric columns are massive and plain, while Ionic columns are more slender and ornate. Corinthian columns, on the other hand, are similar to Ionic columns in base, column, and entablature but have distinctive ornate capitals. 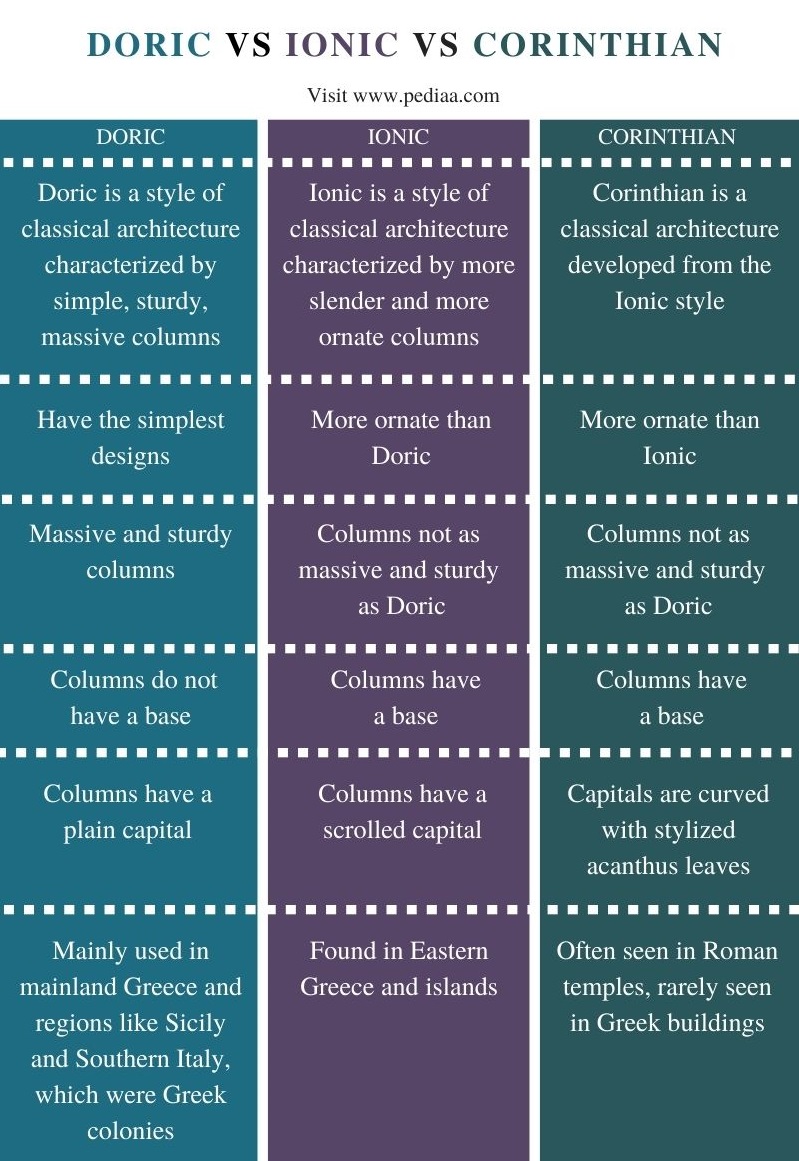 What is Doric Order

Doric order is the oldest, simplest, and most massive of the three orders. This order can be seen in structures, especially temples, built from the 7th century BC onwards. Columns in Doric order usually do not have bases. Moreover, columns occur close together. They are stouter than columns of Ionic and Corinthian orders. Moreover, there are concave curves sculpted into the shafts of the column. The capitals (topmost section) of columns are smooth and simple than columns of other orders. Capitals usually had a round section echinus (at the bottom) and a square abacus (at the top). 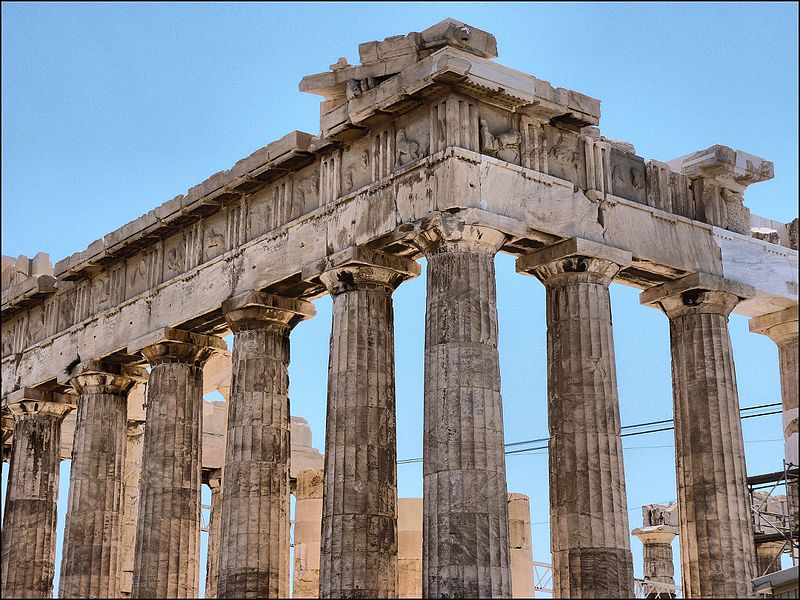 Doric order also contained specific decorations above the columns (entablature).  The entablature has a distinct frieze decorated with triglyphs. There were metopes in between the triglyphs, which were commonly sculpted with figures and ornamentation. The Parthenon, the Temple of the Delians, and the Temple of Hephaestus are three examples of the architecture of the Doric order.

What is Ionic Order

Ionic order is the next order to be developed in Greek architecture. The name Ionic comes from the Ionian islands. We can commonly observe this order in smaller buildings and interiors. We can easily recognize it by the scrolled capital on top of the columns. There are two scrolls (volutes) on the capital of columns. 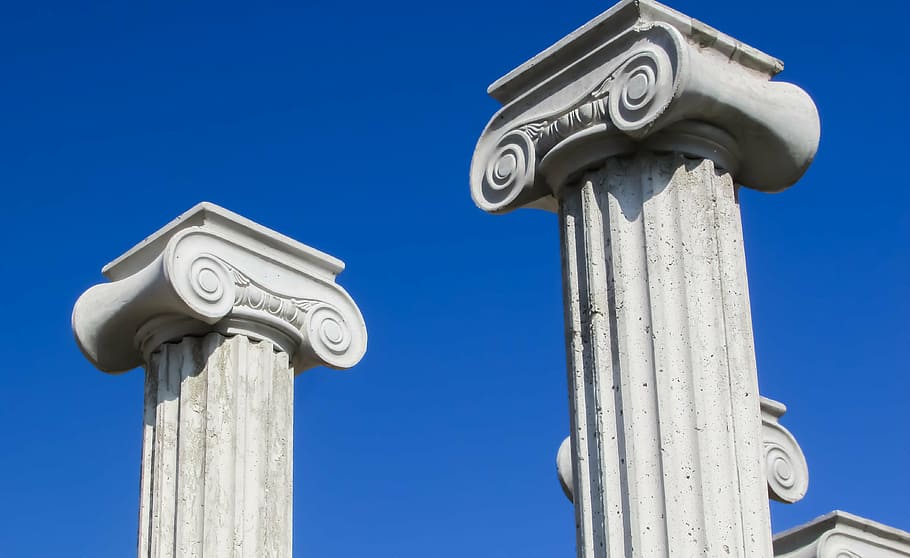 The fluted columns are thin and have a base. Instead of triglyphs and metopes in Doric columns, these columns have a plain frieze with no decoration. Furthermore, the Heraion of Samos and The Temple of Artemis at Ephesus are two classic examples of the Ionic order.

What is Corinthian Order

Corinthian Order developed directly from the Ionic order during the mid-5th century B.C. The name Corinthian comes from the city of Corinth. Columns of the Corinthian order are similar to those of Ionic order in their base, column, and entablature. However, the main distinguishing feature between Corinthian and Ionic orders is their capitals. Corinthian Order has more ornate capitals that were carved with stylized curly acanthus leaves. 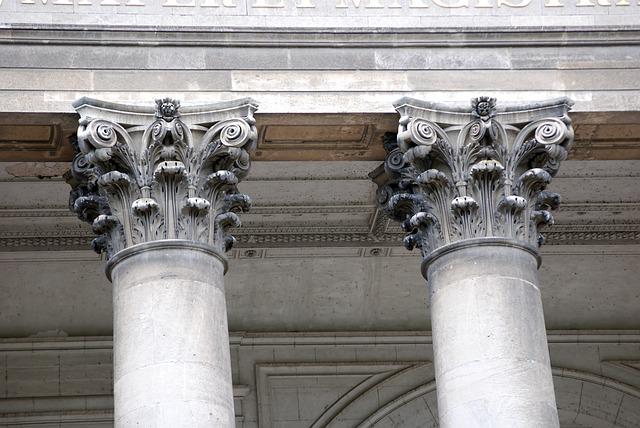 This style is not much seen in Greek architecture but is common in ancient Roman architecture. Moreover, the Temple of Olympian Zeus (Olympieion) and the Roman Pantheon are two examples of architecture that displays Corinthian order.

Difference Between Doric Ionic and Corinthian

Doric columns have the simplest designs. Ionic columns were ornate but not as ornate as Corinthian columns.

Moreover, Doric columns were more massive and sturdier than Ionic and Corinthian columns.

While Doric columns do not have a base, Ionic and Corinthian columns have bases.

Furthermore, the Doric order was mainly used in mainland Greece and regions like Sicily and Southern Italy, which were Greek colonies. Ionic order was common in Eastern Greece and islands, while Corinthian style is often common in Roman temples.