Home » Geography » What is the Difference Between Equator and Prime Meridian 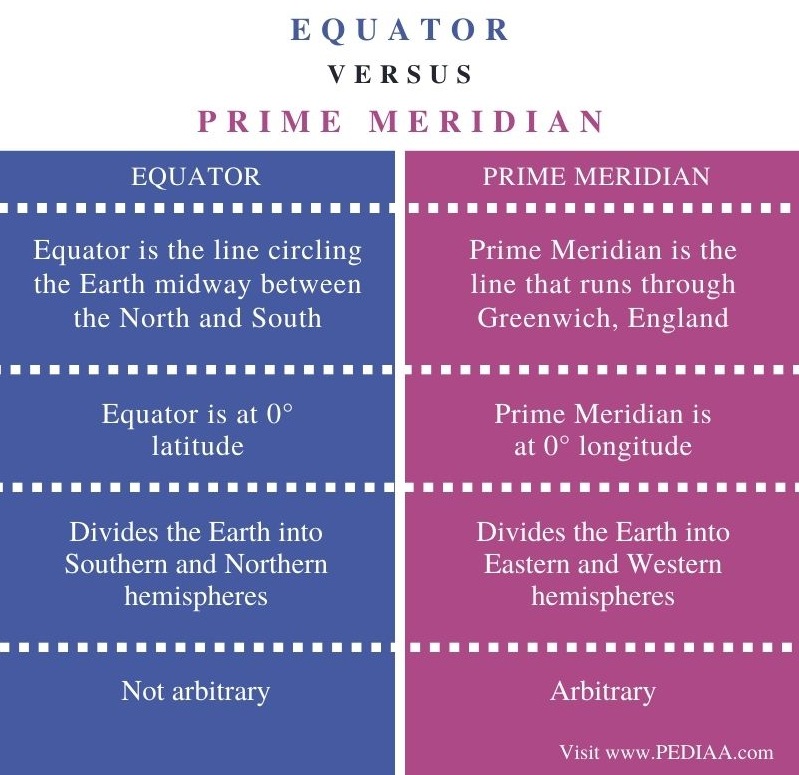 The Equator is the imaginary line around the middle of the Earth. The term ‘equator’ generally refers to a line (not a real one) drawn around a sphere or planet. The Earth’s Equator is halfway between the North Pole and the South Pole, at 0° latitude. Moreover, the Equator divides the Earth into Northern hemisphere and Southern hemisphere. 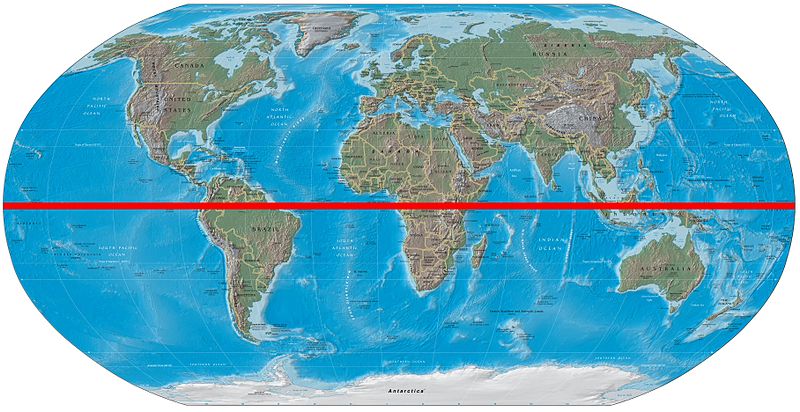 As you can see from the above image, Earth is widest at its Equator. In fact, the distance around the Earth at the Equator, i.e., its circumference, is 40,075km. Moreover, at the Equator, the day and night have the same length around the year. Unlike the countries around the Northern and Southern hemisphere, countries around the Equator do not experience four seasons. Equatorial regions (regions near the Equator) typically have two seasons: dry season and wet season. In addition to that, their climate is very humid. Some of the most extensive rainforests in the world are in equatorial regions: the Amazon rainforest, the Congo rainforest of Central Africa, the Harpan rainforest, the Daintree Rainforest, etc.

What is Prime Meridian

The Prime Meridian is the imaginary line drawn north to south at 0° longitude. It is the starting point for measuring distance both west and east around the Earth. Prime Meridian goes through the Royal Observatory, Greenwich in London. This is why we sometimes call it the Greenwich line. However, the Prime Meridian also passes through England, France, Spain, Algeria, Mali, Burkina Faso, Togo, Ghana and Antarctica. 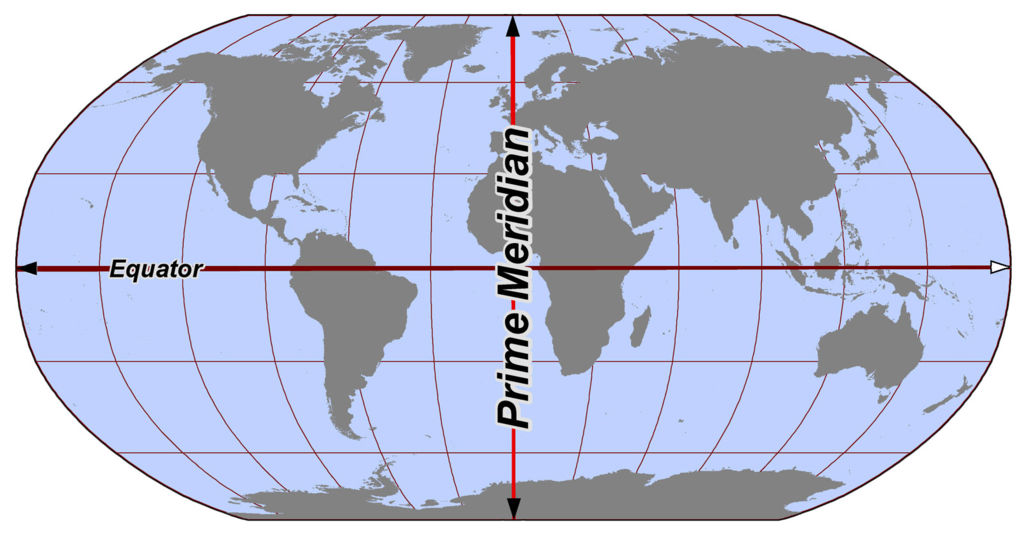 It’s important to know that Prime Meridian is arbitrary – this means, any meridian (line of longitude) can serve as the 0 longitude line. However, the meridian that runs through Greenwich has been chosen as the official prime meridian, with an international agreement.

Difference Between Equator and Prime Meridian

The Equator is the line circling the Earth midway between the North and South poles while Prime Meridian is the line that runs through Greenwich, England.

Precisely, the Equator is at 0° latitude while Prime Meridian is at 0° longitude.

The Equator is not arbitrary while Prime Meridian is arbitrary (it could be any meridian, but is considered to be Greenwich meridian by international agreement).