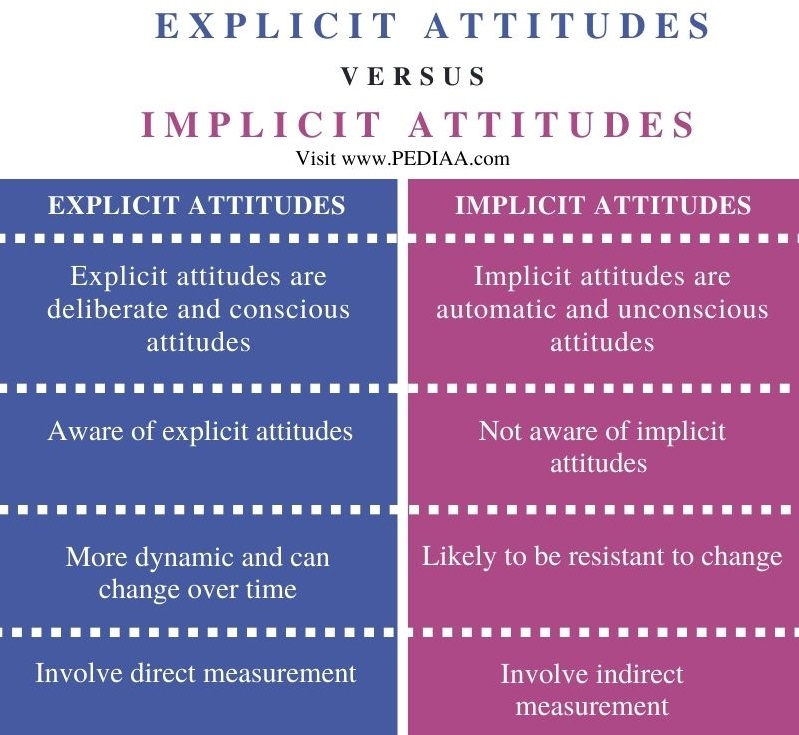 We can describe attitudes as associations between concepts and evaluations. It reports how someone sees something – positive or negative, desirable or undesirable, favourable or unfavourable. Furthermore, attitudes help to guide people’s thoughts, judgment and behaviour.

Attitudes are based on a person’s experiences, values, beliefs, and emotions. Therefore, they are personal responses set according to personal preferences. For example, two people can have two very different attitudes towards the same issue, i.e., one person may show a positive attitude while the other may show a negative attitude.

What are Explicit Attitudes

Explicit attitudes are attitudes that are at the conscious level. They are deliberately formed and easy to detect and report. They are the conscious and chosen attitudes a person displays when he/she interacts with the world. These attitudes result in the behaviours others see. For example, you can decide for yourself whether you like maths or not. Your behaviour may also reflect this. 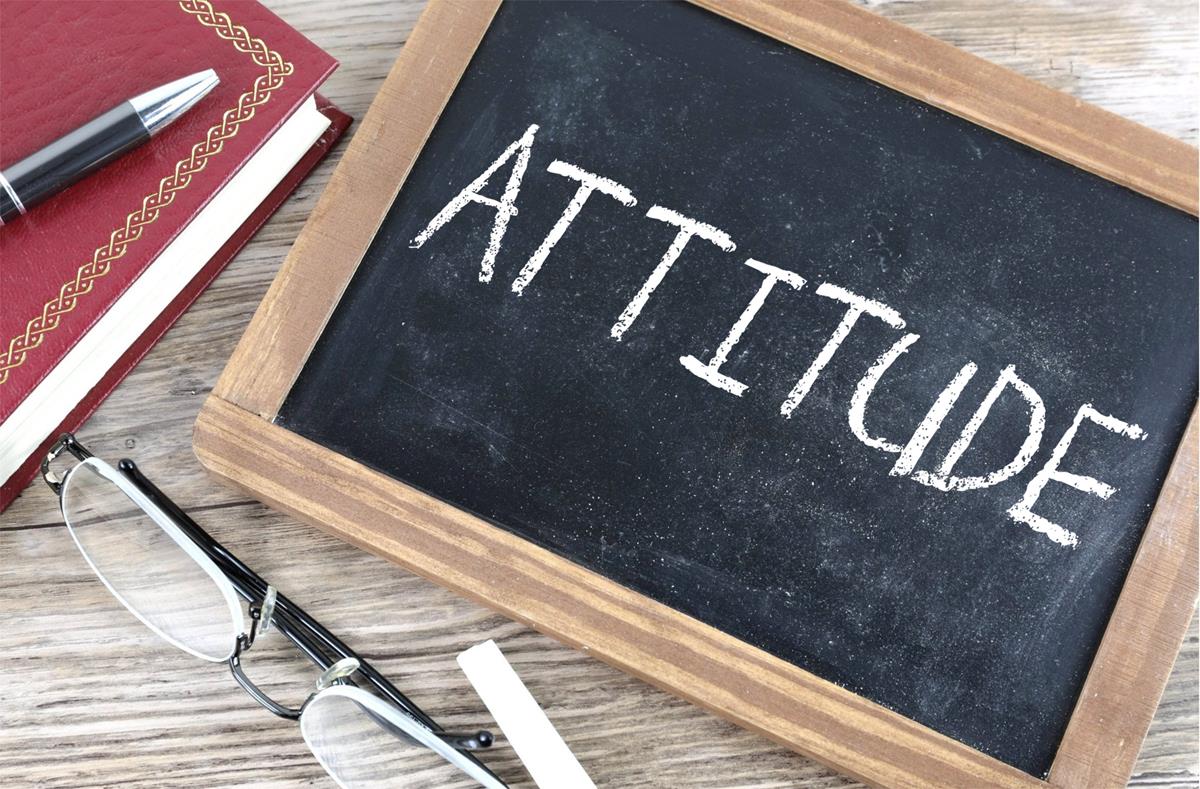 Furthermore, attitudes are greatly influenced by a person’s background and experience. For example, someone who has grown up in a family with extreme prejudice against a certain ethnic group may show a negative attitude towards those belonging to that ethnic group. However, factors like age, education, and distance can also influence a person’s attitudes, helping him or her to adopt inclusive and non-prejudiced attitudes.

What are Implicit Attitudes

Implicit attitudes are attitudes that are at the unconscious level. They form involuntarily, usually unknown to us. The psychologists Anthony Greenwald and Mahzarin Banaji define implicit attitudes as “introspectively unidentified (or inaccurately identified) traces of past experience that mediate favourable or unfavourable feeling, thought, or action toward a social object.” For example, if you had a bad experience with an insect as a child, you may have an involuntary negative attitude towards insects even as an adult, even if you claim that is not so. Similarly, someone may claim that both men and women are good at business, but it’s possible that he or she may associate business more strongly with men without being actually aware of it.

Difference Between Explicit and Implicit Attitudes