Fabaceae, Solanaceae, and Liliaceae are three families of plants with different features. The family Fabaceae and Solanaceae are dicots while the family Liliaceae is a monocot. 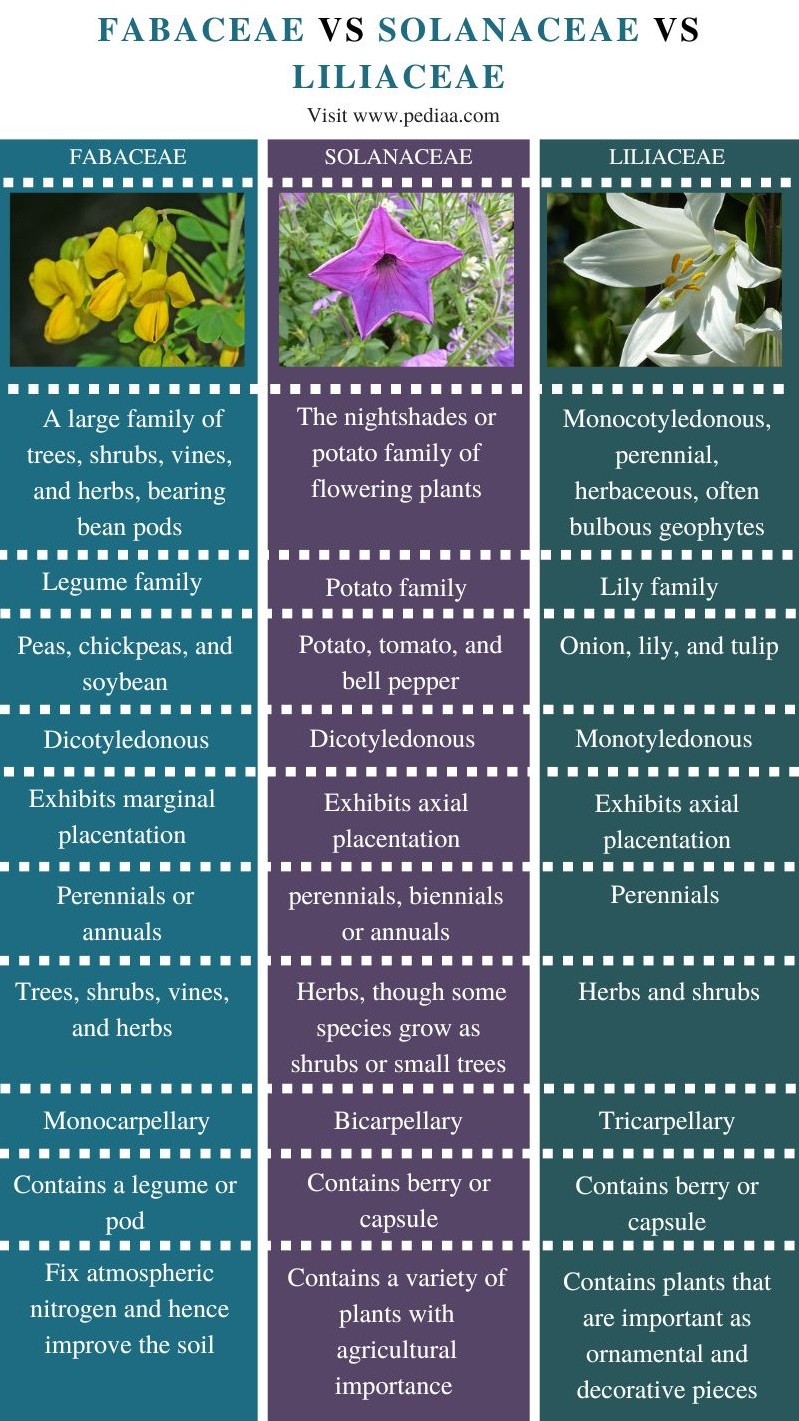 Fabaceae is the legume family, which is a large family with agriculturally important plants. This family includes trees and shrubs that are perennials and annual herbaceous plants. Generally, the main characteristic feature of the family Fabaceae is the fruit and the stipulate leaves. 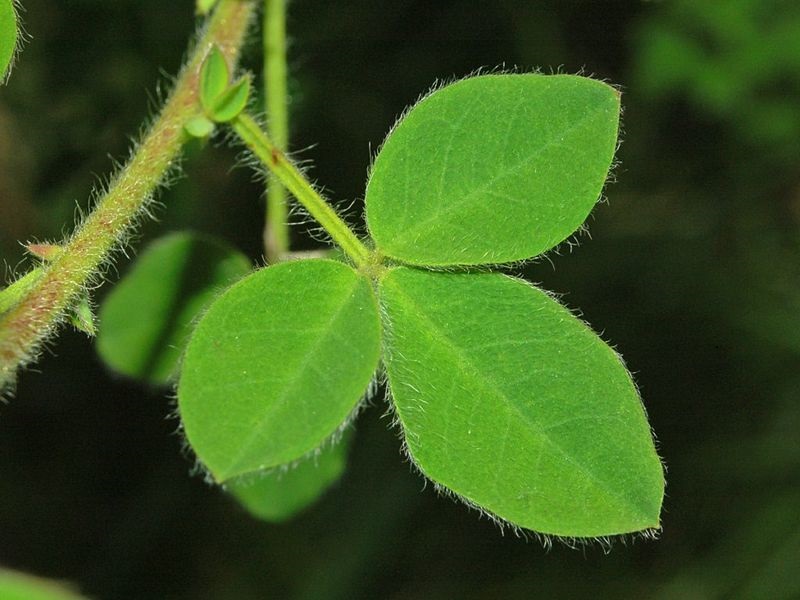 It is the third large plant family and contains plants like beans, peas, soybeans, lentils, chickpeas, rosary peas, etc. Moreover, this legume family mainly occurs in tropical regions and less in temperate regions. Another significant feature of legumes is that they fix nitrogen and improve soil quality. 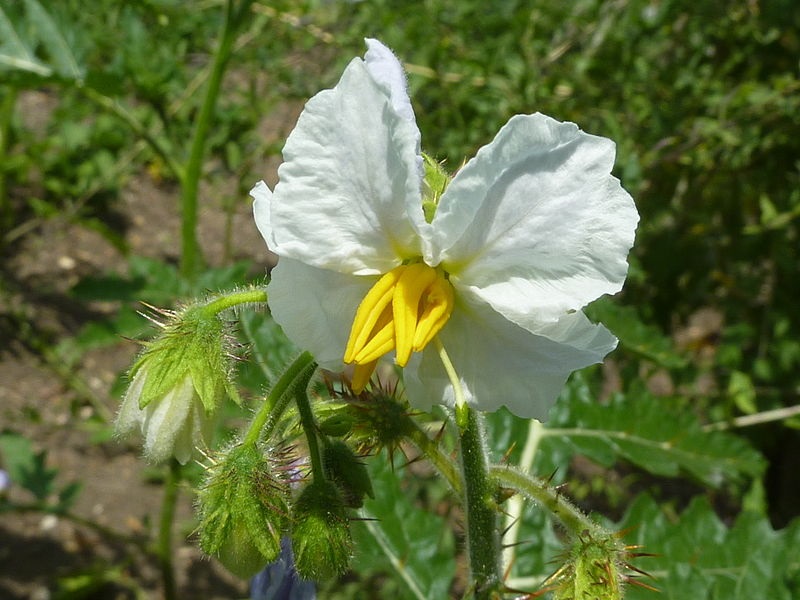 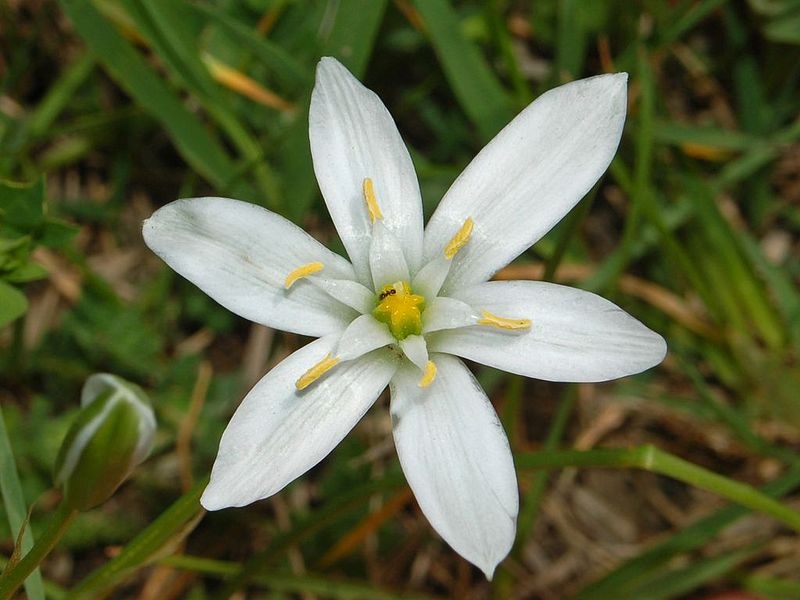 In general, the flower of the Liliaceae contains six colored petals. Apart from that, the family of Liliaceae is more distributed in the temperate regions of the world.

Similarities Between Fabaceae Solanaceae and Liliaceae

Difference Between Fabaceae Solanaceae and Liliaceae

Fabaceae is trees, shrubs, vines, and herbs, Solanaceae is herbs, though some species grow as shrubs or small trees, while Liliaceae is herbs and shrubs.

Fabaceae contains a legume or pod while Solanaceae and Liliaceae contain berry or capsule.

Fabaceae fix atmospheric nitrogen and hence improve the soil, Solanaceae contains a variety of plants with agricultural importance while Liliaceae contains plants that are important as ornamental and decorative pieces.

In brief, Fabaceae is a family of legumes that composes of peas, chickpeas, and soybeans. It is also a dicot plant family containing perennials or annuals. Legumes fix atmospheric nitrogen and hence improve the soil. The Solanaceae family is the potato family that contains tomatoes, potatoes, and bell peppers. In addition, the family Solanaceae is a dicot plant family, containing perennials, biennials, and annuals. Apart from that, the plants in Solanaceae have agricultural importance. In comparison, the Liliaceae plant family contains the plants of the lily family such as onions, lilies, and tulips. Usually, they are perennials. Generally, these plants are important as ornamental and decorative pieces. Therefore, the main difference between Fabaceae Solanaceae and Liliaceae is the type of plants.