The main difference between fox and coyote is that the coyote is comparatively larger in size than the fox. Furthermore, foxes weigh up to 6 to 24 lb while coyote weighs up to 24-46 lb.

Fox and coyote are two canines that belong to the family Canidae. Wolves are the largest members of the family while foxes are the smallest. Foxes have slanted eyes, slightly upward-turned snout, a long and bushy tail, short limbs with an elongated body and a flat skull while coyotes have triangular eyes, longer snout, short tail, long limbs, and a narrow body and face.

Fox is an omnivorous mammal and is the smallest member of the Canidae family. It is characterized by its thin legs, lithe frame, pointed nose, and bushy tail. Moreover, it is a very intelligent and clever animal. Foxes are medium-sized animals with a quite light body. Generally, foxes are nocturnal animals. Around 37 fox species have been found worldwide and only 12 species belong to the Vulpes genus of ‘true foxes’. 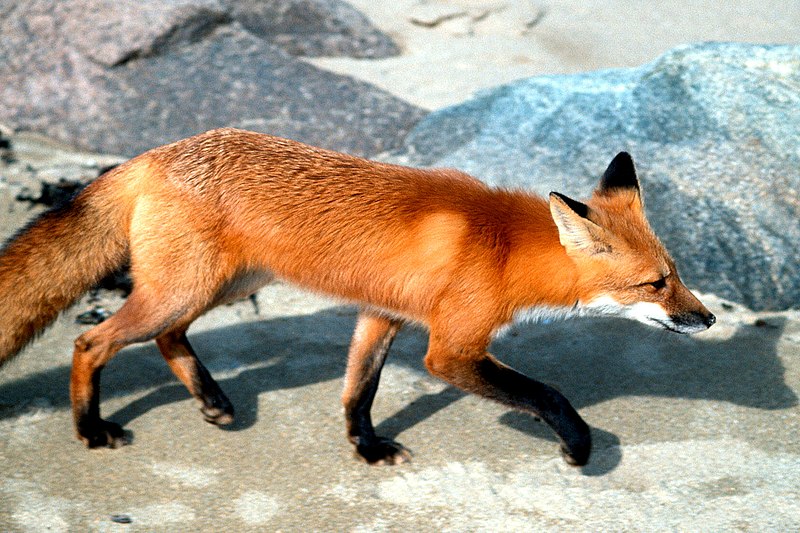 Furthermore, foxes are social animals living in packs. The leash, skulk or earth are the names used to describe a group of foxes. They make dens by burrowing in order to sleep and to store food. In addition, foxes eat both plants and meat of small animals including lizards, voles, rats, mice, rabbits, and hares. Moreover, foxes are monogamous, having only one mate for life. Interestingly, their pups are taken care of by nannies, who are non-breeding female foxes.

Coyote is another member of the Canidae family characterized by narrow, elongated snouts, lean bodies, yellow eyes, bushy tails, and thick fur. It is also a medium-sized animal but, it is larger than a fox. The fur color of a coyote may vary from gray to white, tan or brown. It depends on the geological location of the animal. Generally, coyote belongs to the genus Canis. 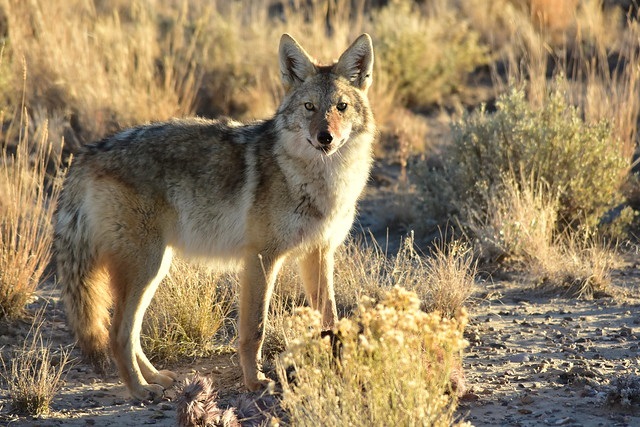 Moreover, coyotes eat rodents, rabbits, fish and frogs, and larger game like deer. However, they are omnivores and eat fruits and grass too. In addition, they are very quick creatures that can run around 40 mph (64 km/h).

Similarities Between Fox and Coyote

Difference Between Fox and Coyote

Fox refers to a carnivorous mammal of the dog family with a pointed muzzle and bushy tail, proverbial for its cunning, while coyote refers to a wild dog native to North America and resemble a wolf.

The main difference between fox and coyote is their size. Foxes weigh up to 6 to 24 lb while coyote weighs up to 24-46 lb.

Appearance is also a major difference between fox and coyote. Foxes have slanted eyes, slightly upward-turned snout, a long and bushy tail, short limbs with an elongated body and a flat skull while coyotes have triangular eyes, longer snout, short tail, long limbs, and a narrow body and face.

The fur color of foxes varies from white, black freckled with the white, gray underside, auburn pelt, etc. while the fur color of coyotes living on high elevations is black and gray as compared to desert dwellers, who are more whitish-gray.

Fox is a small member of the family Canidae. It has slanted eyes, a significantly long and bushy tail, and short legs. It depends on small mammals and its predators can be wolves and coyotes. On the other hand, coyote is a medium-sized member of the family Canidae. It has triangular eyes, comparatively short tail, and long legs. Moreover, its fur color is more grayish. Generally, coyotes can kill comparatively large animals such as deer. Therefore, the main difference between fox and coyote is their appearance and behavior.