A computer network is a collection of devices such as routers, switches, and computers to exchange data and resources. A protocol is a set of defined rules the network follows to establish proper communication between the devices. Generally, the network follows various protocols. Two of them are FTP and SFTP. FTP allows exchanging files over the network while SFTP allows accessing files, transferring files and managing them over a data stream.  Overall, FTP sends the data as a plain text while SFTP encrypts the data before sending. Therefore, SFTP is more secure than FTP. 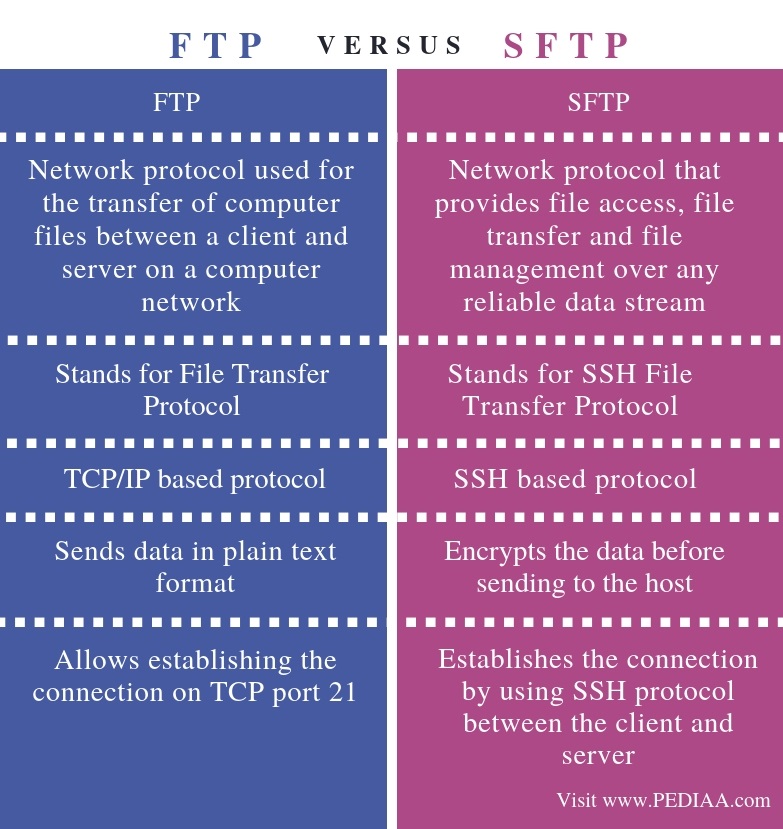 FTP stands for File Transfer Protocol. It is a standard network protocol that allows sending files between a client and a server on a network. The users can authenticate themselves with a clear text sign in the protocol. Usually, it requires the username and password. However, it is possible to connect to the server anonymously if the server is configured to perform that way. 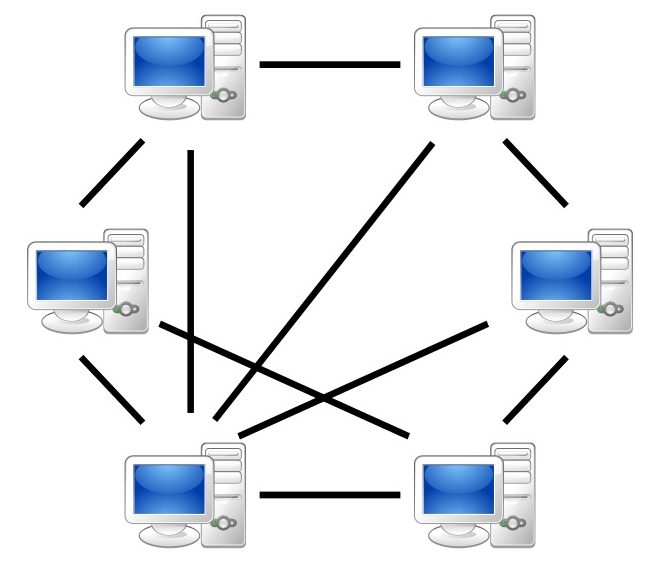 Initially, the FTP client applications were command-line programs, especially before the operating systems had Graphical User Interfaces (GUI)s. Today, there are FTP clients suitable for various applications including desktops, servers, mobile devices and hardware platforms. Furthermore, FTP is also used in applications such as HTML editors.

SFTP stands for SSH File Transfer Protocol. It is a network protocol that allows capabilities such as file accessing, file transferring and file management over any reliable data stream. It is an extension of the Secure Shell protocol (SSH) version 2.0. Internet Engineering Task Force (IETF) designed this protocol. Furthermore, this protocol assumes that it is running over a secure channel such as SSH. The server has already authenticated the client. Therefore, the identity of the client user is available to the protocol.

Overall, the main advantage of SFTP is that it provides encryption capabilities. Furthermore, it takes control of traffic when using traditional proxies.

Difference Between FTP and SFTP

FTP is a standard network protocol used for the transfer of computer files between a client and a server on a computer network. In contrast, SFTP is a network protocol that provides file access, file transfer, and file management over any reliable data stream. Thus, this is the main difference between FTP and SFTP.

Moreover, FTP sends data in plain text format while SFTP encrypts the data before sending to the host.