A computer network is a collection of devices that are connected together to exchange data and resources. There is a lot of devices in a single network. Overall, it is necessary to control the congestion and flow of a network to maintain its proper functionality. 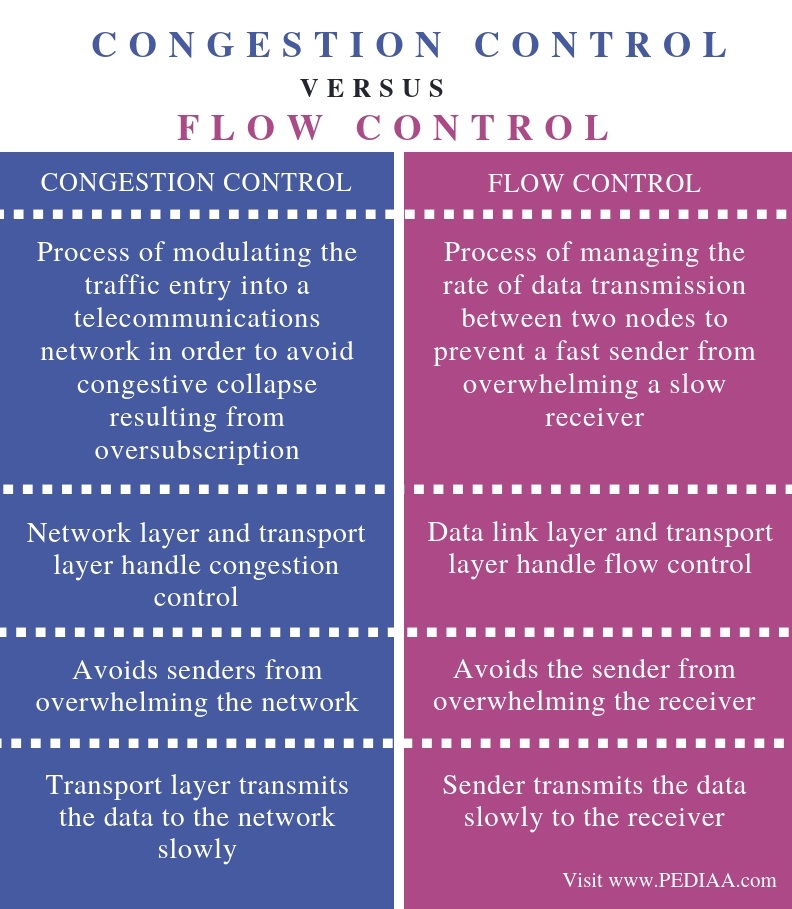 What is Congestion Control

Congestion control refers to the traffic that occurs in a network. In other words, it refers to many packets in the network. Congestion reduces the performance of the network. Therefore, the time to deliver the packet to the receiver becomes higher. There can also be stations that can cause packet losses. Congestion control is the mechanism that helps to control the traffic in the network. It reduces the rate of packets in a way that the devices can handle. In other words, it prevents the sender from sending many packets, which makes it difficult for the other devices to process.

What is Flow Control

Flow control is the process of managing the rate of data transmission between two nodes. If the sender is fast, then the receiver might not be able to obtain and process that data. It can occur due to heavy traffic load and minimum process power in the receiver. Flow control helps to avoid that kind of situation. It allows the sender to control the transmission speed without overwhelming the data from the transmitting node. Likewise, this mechanism allows the sender to transmit information at a faster rate than the receiver and obtain data and process them.

1.”A sample network diagram” By SilverStartalk – Made using Dia (CC BY 2.5) via Commons Wikimedia