The main difference between GIT and Mercurial is that GIT is more advanced and used by many developers in the industry while Mercurial is simple and used by beginners and non-technical community. 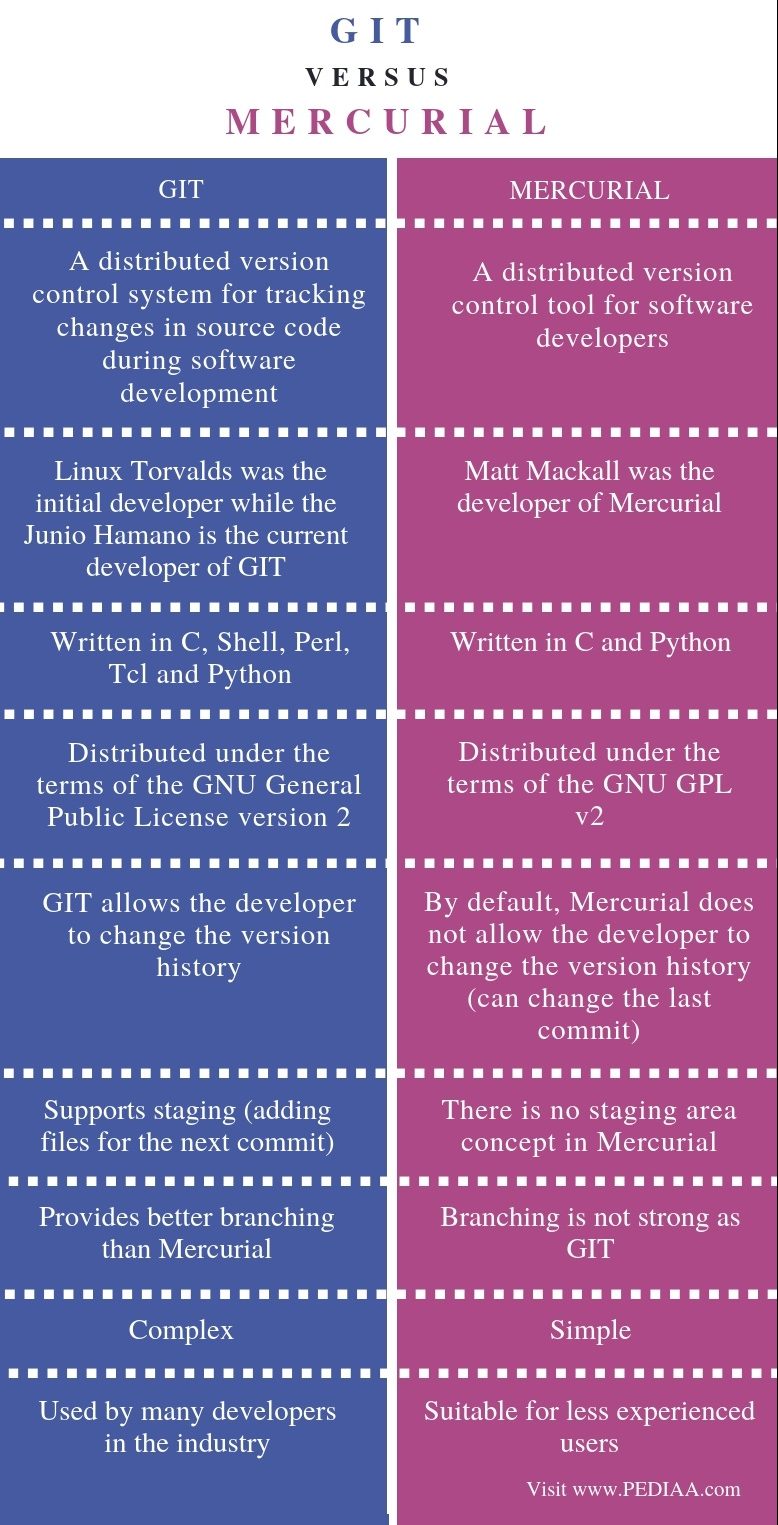 GIT is a version control system that helps the developers to coordinate their work. GIT was initially developed by Linux Torvalds while developing the Linux Kernel. Currently, Junio Hamano maintains it. GIT allows tracking the modifications made to the files. It provides a nonlinear workflow and provides a distributed environment. It also improves performance and data integrity.

Furthermore, GIT provides a powerful branching model. Thus, users can create, delete and change the branch anytime without affecting the commits. In situations such as finding bugs, the developer can make a branch, do the change and then delete that branch.  Moreover, staging is the process of adding files to the next commit. GIT supports this concept. Overall, GIT is fast, reliable, secure and lightweight.

Mercurial is a free, distributed source control management tool. It supports various operating systems such as Windows, Linux, Mac OS, etc. Moreover, it is capable of handling any project. Since each clone consists of project history, most actions are fast and convenient in Mercurial. The developer can extend its functionalities using extensions. The Mercurial documentation is easier to follow. Thus, the user can easily understand and use it. Furthermore, users who have been using other version systems such as Subversion can easily adapt to Mercurial. 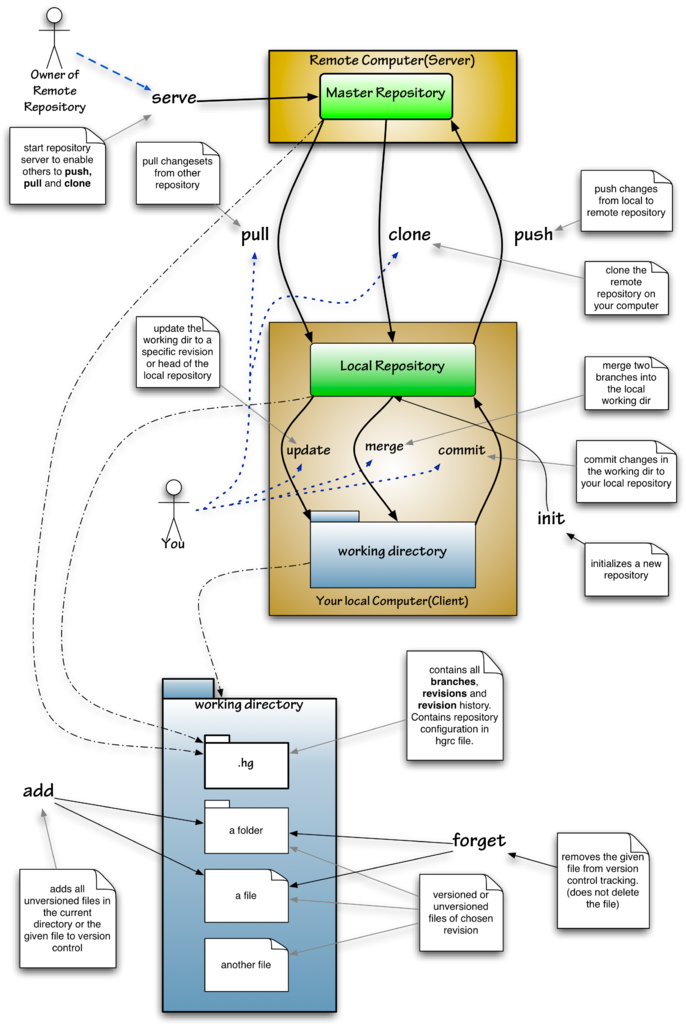 Mercurial has a command line, but it also provides a graphical user interface extension.  furthermore, all the programs are invoked as arguments to its driver program. This software is mainly written in Python programming. Additionally, it has a binary implementation written in C language. Overall, Mercurial provides high performance and scalability. It is capable of managing plain text and binary files as well.

Difference Between GIT and Mercurial

Linux Torvalds was the initial developer while the Junio Hamano is the current developer of GIT. Matt Mackall was the developer of Mercurial.

Moreover, GIT supports staging (adding files for the next commit), but there is no staging area concept in Mercurial.

One other difference between GIT and Mercurial is that GIT provides better branching than Mercurial.

Mercurial is simpler than GIT.

More importantly, many developers in the industry use GIT while  Mercurial is suitable for less experienced users. Thus, this is the main difference between GIT and Mercurial.

In brief, Mercurial and GIT are two version control systems. The main difference between GIT and Mercurial is that GIT is more advanced and used by many developers in the industry while Mercurial is simple and used by beginners and non-technical community.