The main difference between GMO and hybrid is that GMO is produced by genetic engineering, altering the genetic material of an organism, whereas a hybrid is produced by cross-breeding of two varieties through artificial mating. Furthermore, a GMO has a foreign DNA piece introduced into the genome under laboratory conditions while a hybrid can be produced by mating two distinct breeds. 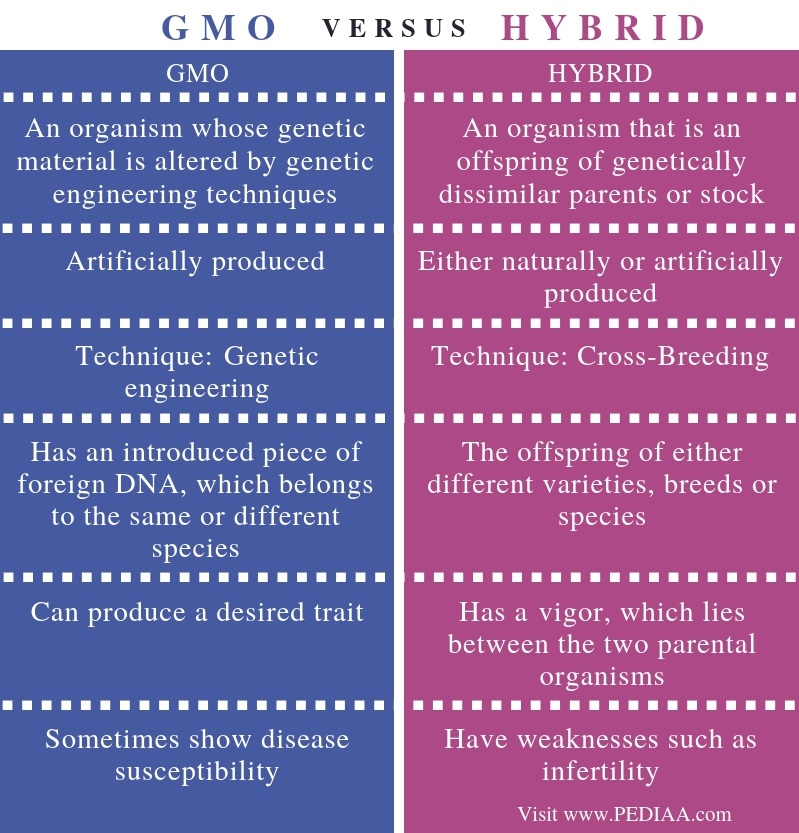 What is a GMO

GMO (genetically-modified organism) is an organism with genetic material that is altered by introducing a piece of foreign DNA containing the desired character. The technique responsible for the production of a GMO is genetic engineering. Generally, based on the origin of the DNA piece, there are two types of GMOs. They are cisgenic and transgenic GMOs. Basically, GMO is cisgenic when the foreign DNA piece belongs to the same species while it is transgenic when the foreign DNA piece belongs to a different species. 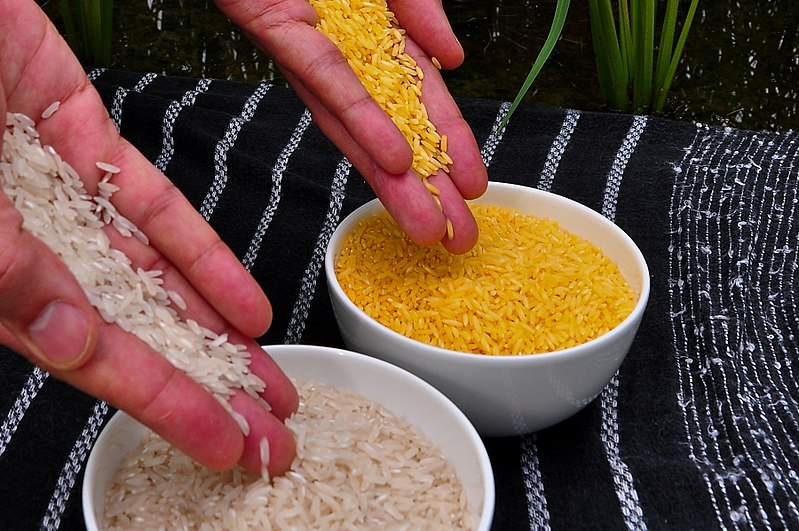 Furthermore, a plasmid vector serves as the carrier of foreign DNA into the host cell. When the recombinant vector is transformed into the host, it is called as the genetically-modified organism. Furthermore, farm animals, crop plants, and soil bacteria are subjected to genetic engineering to produce GMOs. Their introduced characteristics are important to optimize agricultural performance, to enhance the nutrient composition and the quality, to decrease the susceptibility to diseases as well as to produce important pharmaceutical substances.

What is a Hybrid 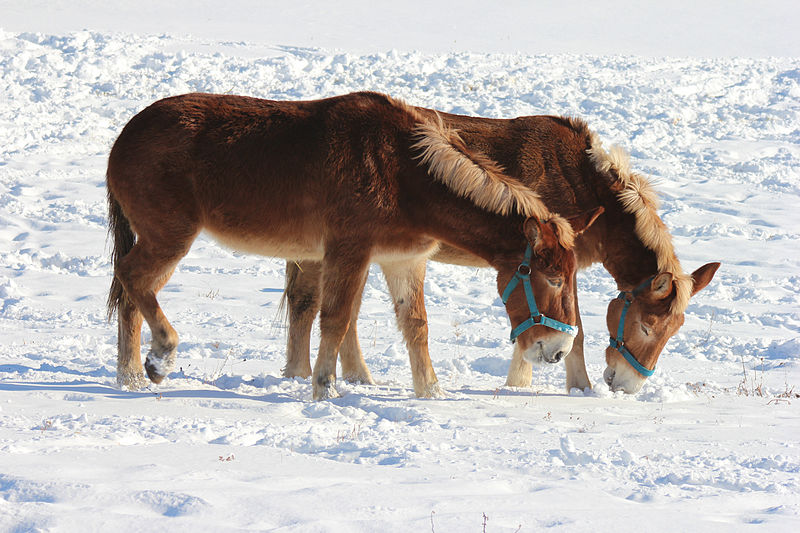 Sometimes, artificial cross-breeding can increase productivity and longevity in animals. Therefore, it is important to increase the milk production of cattle. It can also produce different breeds of dogs and horses with new traits.

Similarities Between GMO and Hybrid

Difference Between GMO and Hybrid

Besides, a GMO has an introduced piece of foreign DNA that belongs to the same or different species while a hybrid is the offspring of either different varieties, breeds or species.

Also, a GMO can produce a desired trait while a hybrid has a vigor, which lies between the two parental organisms.

While GMOs sometimes show disease susceptibility, hybrid organisms have weaknesses such as infertility.

GMO is an organism that has a foreign piece of DNA introduced by genetic engineering. The foreign DNA may come from the same or different species. However, they can produce a desirable characteristic due to the introduced DNA. On the other hand, a hybrid is an organism that is a result of the cross-breeding of two different varieties. However, it has hybrid vigor, and most of the times, a hybrid is infertile. Therefore, the main difference between GMO and hybrid is the type of genetic manipulation and the characteristics of the resultant organism.