Breed and species are two groups of organisms that can breed with the members of the same group. Breed is mostly used to describe groups of domestic animals while species can be animals, plants or microorganisms. The main difference between breed and species is that breed is a specific population that is selectively bred for the preservation of specific characteristics whereas species is the largest group that can produce a fertile offspring through breeding. Therefore, breed is a smaller group of animals than species. A particular species may contain several breeds. For example, Rottweiler and German Shepherd are two types of breeds of the species Canis lupus (dog). 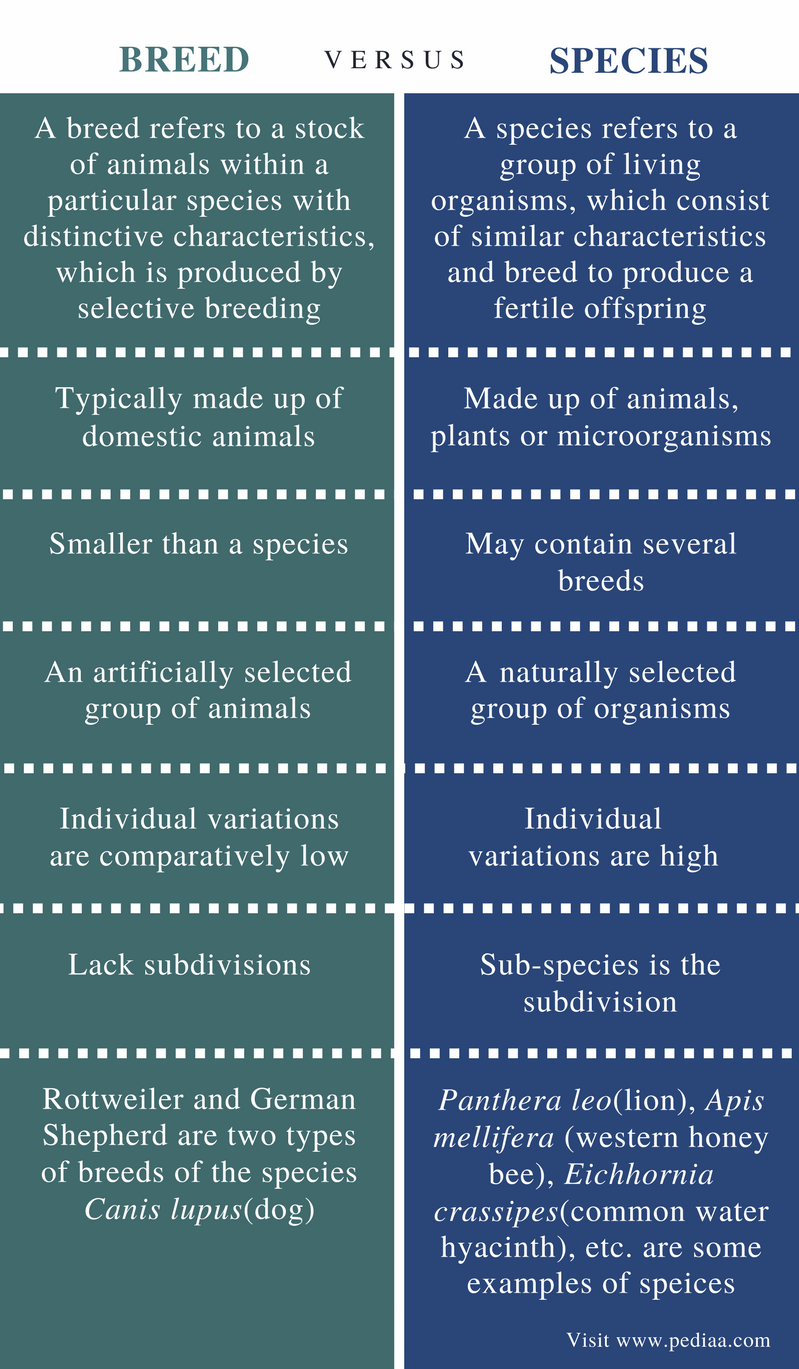 What is a Breed

A breed refers to a stock of animals within a particular species with distinctive characteristics, which is produced by selective breeding. It is produced by identifying genes that enhance growth, ability to utilize nutrients, and health. By selective breeding, the environmental impact on the expression of a particular gene is reduced. By animal breeding, highly productive farm animals such as pigs, cattle, poultry, cows, goats, and sheep are produced. Companion animals such as dogs, cats, and horses are also produced as breeds. Different dog breeds are shown in figure 1. 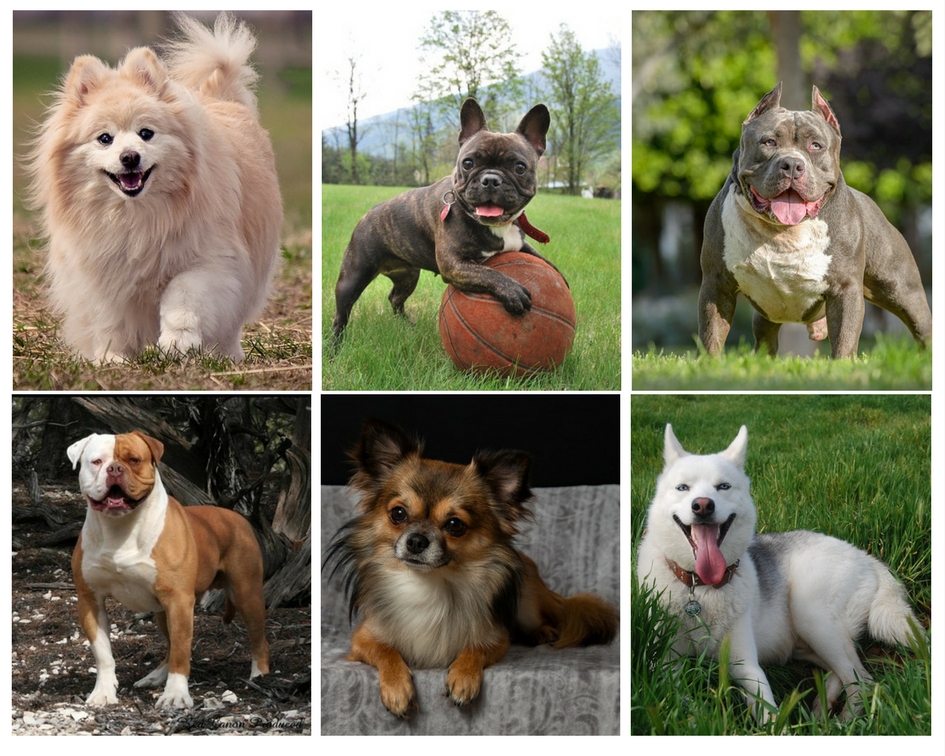 Each breed consists of unique appearance and behavior when compared to a second breed of the same species. This means breeds are produced by the genetic isolation. The natural adaptation of organisms to their environment may also produce a separate breed.

A species refers to a group of living organisms that have similar characteristics and breed to produce a fertile offspring. The exchange of genes between the individuals of the species or the gene flow is the major characteristic feature of a species. The gene flow does not occur among different species. Speciation refers to the emergence of new species from the existing species. It occurs due to physical, behavioral, and reproductive isolation of different populations of the same species. Different species of the genera Petrolisthes are shown in figure 2. 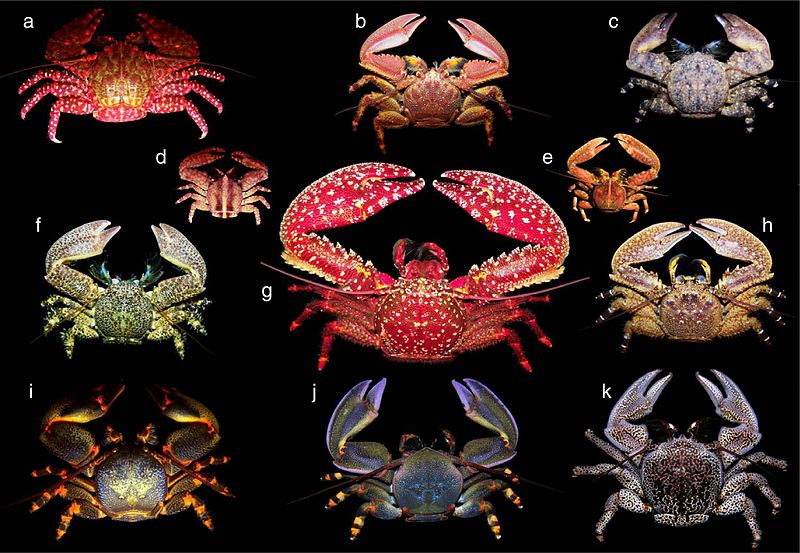 Species is considered as the fundamental taxonomic level of the biological classification of organisms. Morphological, behavioral, genetic, and ecological characteristics are used to define a particular species.

Similarities Between Breed and Species

Difference Between Breed and Species

Breed: A breed refers to a stock of animals within a particular species with distinctive characteristics, which is produced by selective breeding.

Species: A species refers to a group of living organisms, which consist of similar characteristics and breed to produce a fertile offspring.

Breed: A breed is typically made up of domestic animals.

Species: Species can be made up of animals, plants or microorganisms.

Size of the Group

Breed: A breed is smaller than a species.

Breed: A breed is an artificially selected group of animals.

Species: A species is a naturally selected group of organisms.

Breed: Individual variations within a breed is comparatively low.

Species: Individual variations within a species is high.

Species: Sub-species is the subdivision of the species.

Breed: Rottweiler and German Shepherd are two types of breeds of the species Canis lupus (dog).

Breed and species are two groups of organisms that produce a fertile offspring by mating. A breed is a stock of animals with desired characteristics. A species is the fundamental unit of the biological classification of organisms. Several breeds can be identified in a particular species. A breed is produced by selective breeding while species undergoes natural breeding. The main difference between breed and species is the size of each group of organisms.