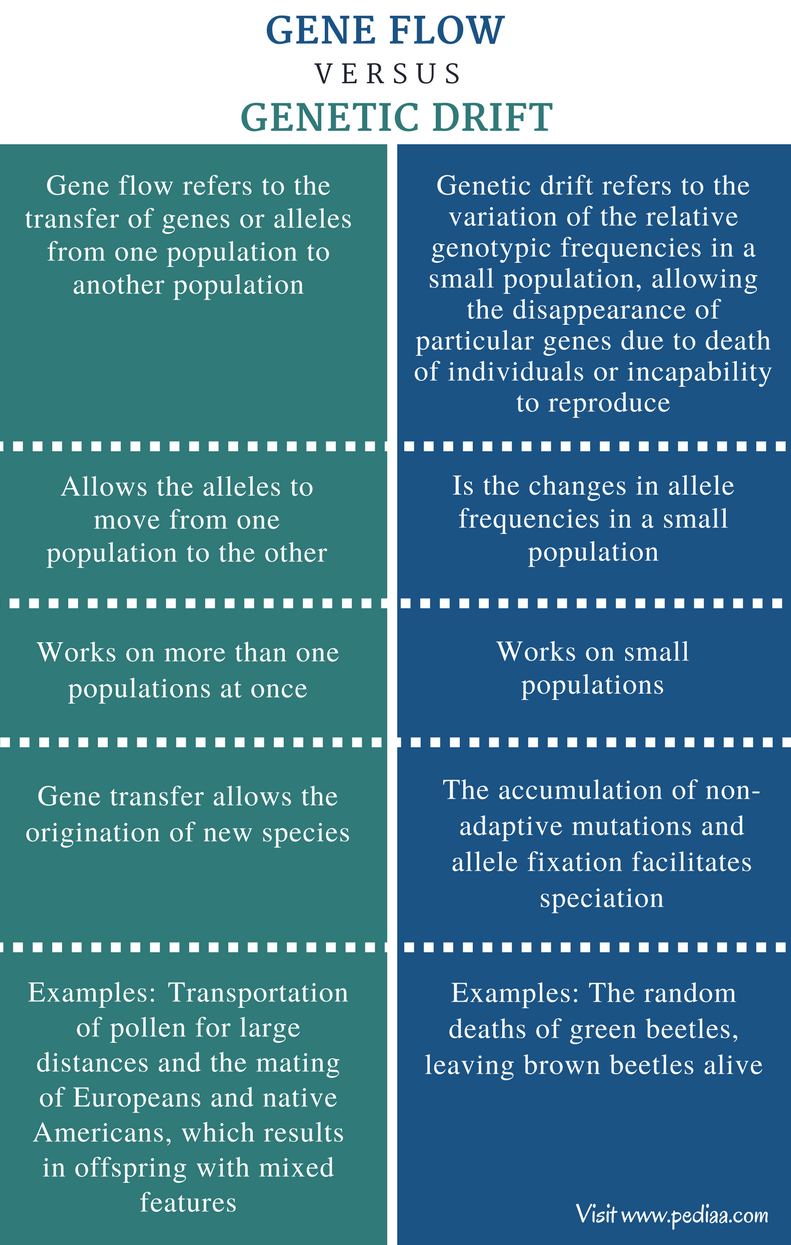 What is Gene Flow

The gene flow refers to the transfer of genes or alleles from one population to another population. The gene flow is also called gene migration. Gene flow into or out of a population affects the allele frequency of the population. The mobility of individuals is the major cause of gene flow from one population to another population. The greater the mobility of individuals, greater the gene flow. Animals are more mobile than plants. Seeds and pollen grains can be transported for great distances with the aid of wind and animals. Gene flow between two populations allows the populations to combine their gene pools with each other. This may reduce the genetic variation between the two populations. Therefore, gene flow reduces the tendency of speciation. This means gene flow repairs the developing differences, which may lead to producing a daughter species from the existing species. Physical barriers such as impassable mountain ranges, vast deserts, oceans, and man-made barriers may obstruct the gene flow.

What is Genetic Drift

Gene Flow: Gene flow refers to the transfer of genes or alleles from one population to another population.

Genetic Drift: Genetic drift refers to the variation of the relative genotypic frequencies in a small population, allowing the disappearance of particular genes due to death of individuals or incapability to reproduce.

Gene Flow: Gene flow allows the alleles to move from one population to the other.

Genetic Drift: Genetic drift is the changes in allele frequencies in a small population.

Gene Flow: Gene flow works on more than one populations at once.

Gene Flow: Gene transfer, which is a process of gene flow between species, allows the origination of new species.

Gene Flow: The transportation of pollen for large distances and the mating of Europeans and native Americans, which results in offspring with mixed features are examples of gene flow.