Natural selection and evolution are two processes which lead to phenotypic changes in organisms over time. Mutations, gene flow, and genetic drift are the main mechanisms which bring genotypical changes to organisms within a particular population. Natural selection promotes the evolution by increasing the gene frequencies of genotypes with greater fitness to the environment. Thereby, organisms with the most suitable phenotypes to the environment are selected to pass the changes to the next generation through reproduction. The main difference between natural selection and evolution is that natural selection is the differential survival and/or reproductive success among the individuals within a species whereas evolution is the change in the heritable characteristics of a population over successive generations. 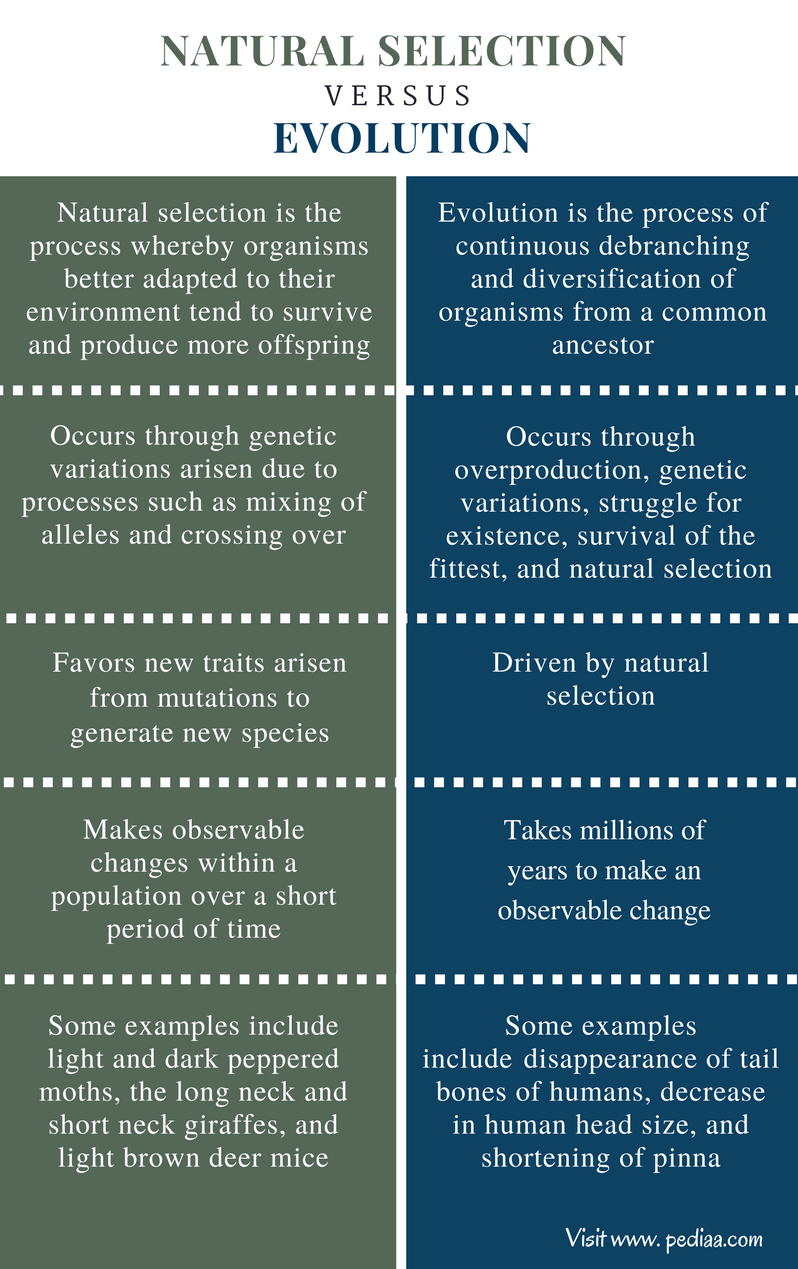 What is Natural Selection

Natural selection is the main process which drives evolution by aiding organisms to survive and produce more offspring through adapting more to their environment. Mutations, gene flow, and genetic drift also drive evolution. The grand idea about evolution was first fully expounded by Charles Darwin. Variation, inheritance, high rate of population growth, and differential survival and reproduction are the four components of Darwin’s process of natural selection. Genetic variations can be observed among individuals within the same population due to mutations, gene flow, and genetic drift. All individuals do not reproduce in their full potential. Thus, differential reproduction allows the inheritance of a set of selected characters to the offspring. On that account, the phenotypes that fit the environment best may accumulate in the offspring. 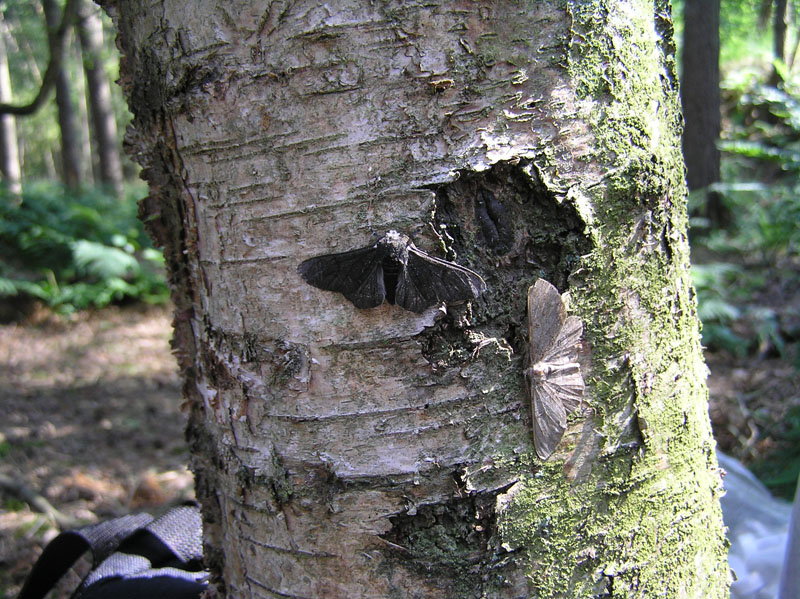 The most well-known evidence of natural selection is the adaptation of moths under the effect of the industrial revolution. Soot and other industrial wastes darkened the tree trunks. The lichens were killed as well by pollution. Thus, the light color morph of the peppered moth became less common due to the selective predation of birds due to the camouflage coloration in the moth. The dark morph becomes more abundant. The light and dark color moths on a tree truck are shown in figure 1.

The process of continuous branching and diversification organisms who were raised from a common ancestor is referred to as evolution. Evolution takes place in both small scale and grand scale. The small scale evolution is referred to as microevolution. Microevolution occurs within the species level due to mutations, gene flow, genetic drift, and natural selection. Changes in the gene frequencies drive microevolution. Gene frequencies in a population can be changed due to mutations, gene flow, and genetic drift. These changes are inherited under the influence of natural selection over generations. 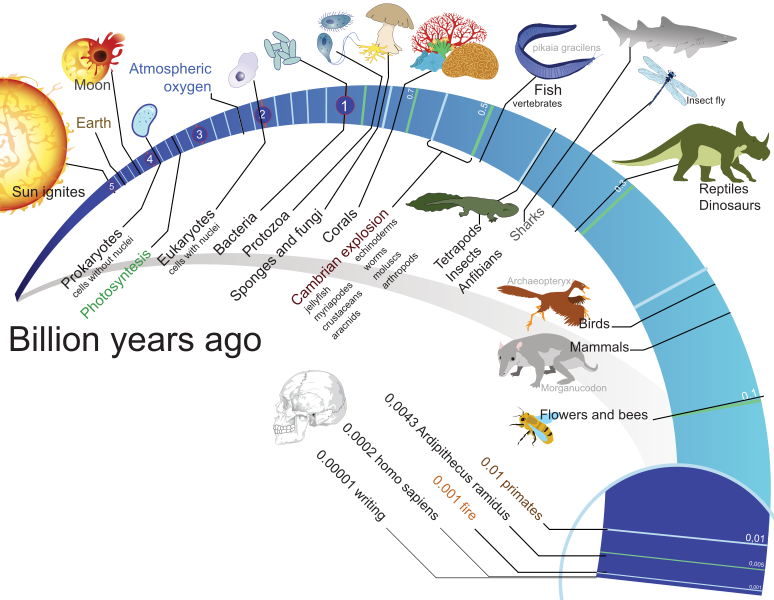 Macroevolution takes place above the species level. The four patterns of the macroevolution are stasis, character change, speciation, and extinction. In stasis, some species do not change over a period of time and exist as live fossils. In character change, analogous or homologous structures are evolved. In speciation, either geographical or reproductive isolation of individuals in a population results in a new species. Most of the species become extinct during evolution. The timeline of evolution is shown in figure 2.

Similarities Between Natural Selection and Evolution

Difference Between Natural Selection and Evolution

Evolution: The process of continuous debranching and diversification of organisms from a common ancestor is referred to as evolution.

Natural Selection: Natural selection occurs through genetic variations arisen due to processes such as mixing of alleles and crossing over.

Natural Selection: Natural selection makes observable changes within a population over a short period of time.

Natural Selection: The light and dark peppered moths, the long neck and short neck giraffes, and light brown deer mice are the examples of natural selection.

Evolution: The disappearance of tail bones of humans, decrease in human head size, and the shortening of pinna are the examples of evolution.