Genotype and phenotype are terms that are used to differentiate between the genetic makeup of an individual and which genes are to be expressed respectively. Genotype is the complete gene set of an organism. When some of these genes are expressed depending on the environmental conditions, characteristic features of that particular organism can be observed. These observable characters are referred to as the phenotype. The part of the phenotypes that is not visible can be observed in biochemical assays. Thus, the main difference between genotype and the phenotype is that genotype is the genetic makeup of an individual and phenotype is the visible characteristics of the expressed genes under the influence of the environment. 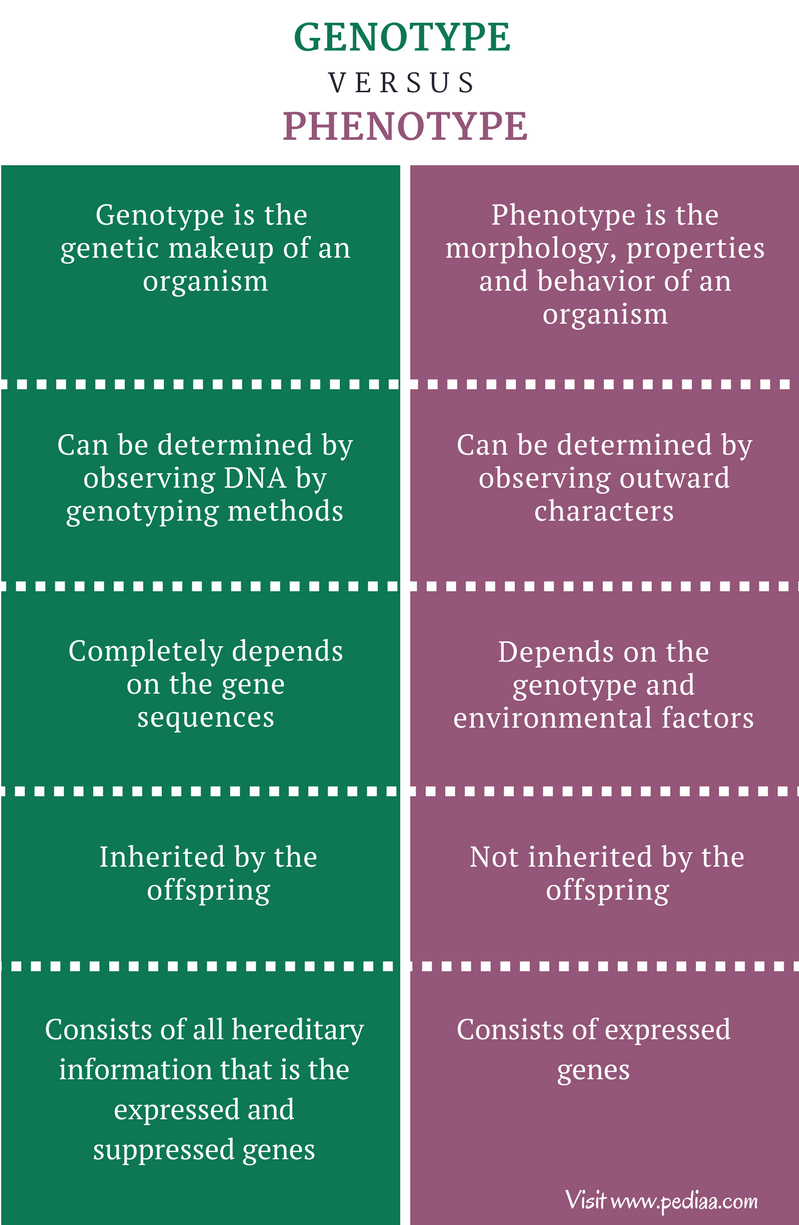 Genotype is the complete set of genes carried by a particular organism. Thus, it is a part of the sequences of the genome or the genetic makeup of that organism. The genotype carries the instructions for development and functioning of a cell. Hence, it is referred to as the “blueprint” of a cell. These instructions are written by the aid of the genetic code. Genotype is one factor that determines the characteristics, appearance and behavior of a particular organism. The appearance and the behavior can be altered by inherited epigenetic factors and environmental factors. Therefore, two individuals carrying similar genotypes can be different in observable characteristics. However, the genotype is inherited through the progeny via reproduction.

In polyploid organisms, the genotype of a particular trait is determined by a combination of alleles. These alleles can either be homozygous or heterozygous for the locus. Alleles can also be either dominant or recessive depending on the phenotype they exhibit. Alleles are generated by Single nucleotide Polymorphism (SNP) variations occurs in the gene. 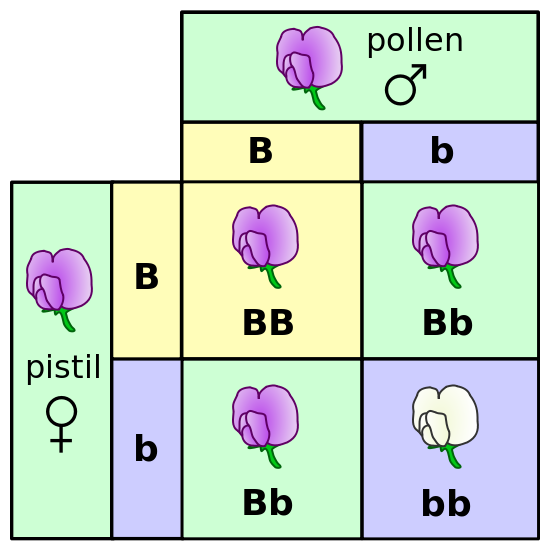 Most genotypes follow Mendelian inheritance. Determining of the genotype of an organism is referred to as genotyping. A genotypic assay may include PCR, RFLP, nucleic acid hybridization, DNA sequencing or DNA microarray techniques.

What is a Phenotype

Phenotype is the physical manifestation of an organism, including the observable structure, function and the behavior. The genotype of an organism determines its molecules, macromolecules, cells, metabolism, energy utilization, organs, tissues, reflexes and the behavior. The genotype, together with other two factors: epigenetic and environmental factors, determines the phenotype of that particular organism. Simply, the phenotype is what you see or the observable expression of genes combining with environmental influence. The occurrence of more than one phenotypes for a particular morphological trait is referred to as phenotypic polymorphism. 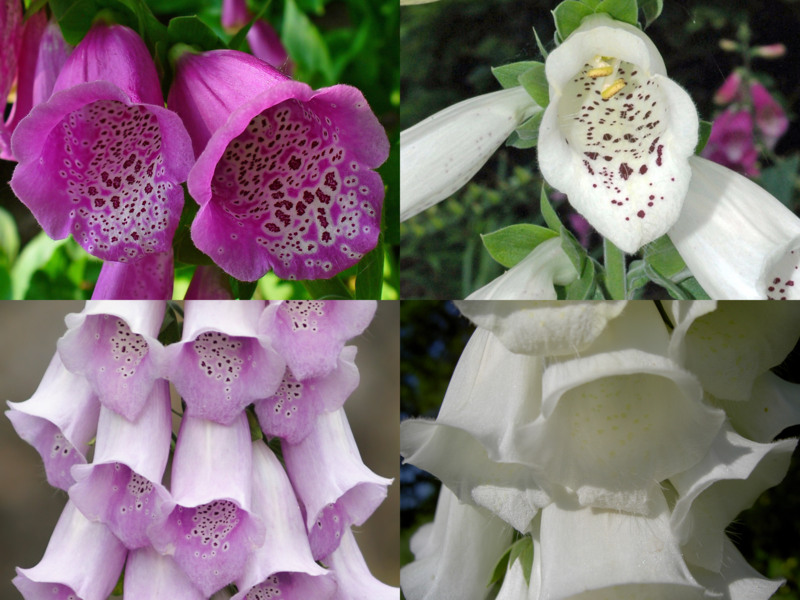 Phenotypic variations of the flower in Digitalis purpurea is shown in figure 2. These variations contribute to the evolution via natural selection. Thus, the genetic makeup of an organism can be altered through natural selection. The collection of traits is called phenome while the study of a phenome is referred to as phenomics.

Some of the phenotypes of the genetic makeup are not visible. They can be identified using molecular biological or biochemical techniques such as Western blotting, SDS-PAGE and enzymatic assays. Human blood groups are an example of phenotypes incorporated at the cellular level. Built structures like bird nets, larvae cases of caddis fly and beaver dams are examples of extended phenotypes.

Difference Between Genotype and Phenotype

Genotype: It is the genetic makeup of an organism.

Phenotype: It is the morphology, biochemical and physiological properties, behavior and products of behavior of an organism.

Genotype: Genotype can be determined by observing DNA by genotyping methods.

Phenotype: Phenotype can be determined by observing outward characters.

Phenotype: Phenotype depends on the genotype and environmental factors.

Genotype: It is inherited by the offspring.

Phenotype: It is not inherited by the offspring. But, natural selection can alter the genetic makeup.

Genotype: It consists of all hereditary information that is the expressed and suppressed genes.

Phenotype: It only consists of expressed genes.

Phenotype depends on its encoding gene sequence. But, the expression of that gene again depends on the environmental factors. This modified gene expression, by the environment consequently produces its phenotypes. If a particular organism is susceptible to a disease by its genetic makeup, some symptoms of the disease can be visualized on the organism as phenotypes. Thus, the disease can be identified by physiological or even biochemical observations. Hence, the key difference between genotype and phenotype is in the differences in the characteristics of the organism.