The main difference between ham and gammon is that ham is sold as pre-cooked meat, whereas gammon is sold as raw meat. You should always cook gammon before consumption.

Both ham and gammon are cuts from the rear leg of a hog. There are slight differences between ham and gammon when we consider them as two food items. 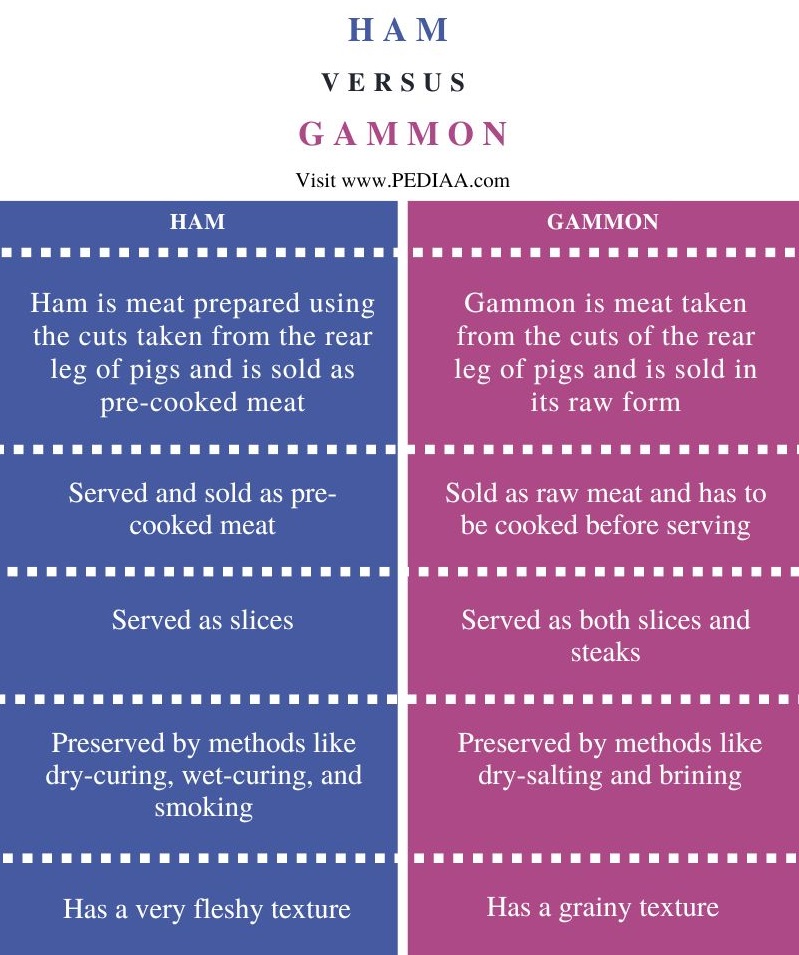 Ham is simply known as the back leg of a hog prepared as food. It is taken either fresh or preserved through a curing process that involves salting, drying, or smoking. Ham can be prepared in different ways according to different regional varieties around the world. Chinese were the first to use ham in the past. Due to the preservation process of ham, ham is considered a compound food or ingredient that is made up of original meat. At the same time, manufacturers also add preserving agents like salt during the preservation process. 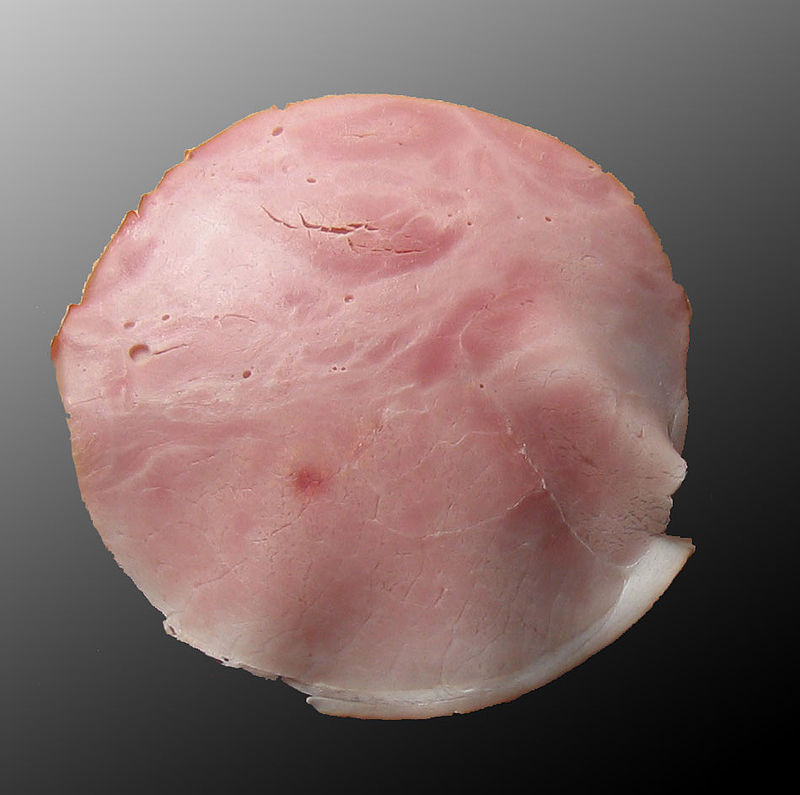 There are different types of methods for processing ham, including dry-curing, wet-curing, and smoking. In the dry-cured method, only salt is used as a curative agent. The wet-curing process involves soaking hams in salt water. Sometimes, sugar is also used as an ingredient to add more flavor. Normally, wet-cured ham is cooked during processing or aging. We can further preserve ham through smoking by keeping them inside smoking houses. Ham is generally used and served in its sliced form. Most of the time, ham is popular as fillings for sandwiches, especially ham sandwiches and cheese sandwiches. In addition, ham is also a common topping for pizza in the United States of America.

Gammon refers to the back leg of pork, and it has been cured by dry-salting or by soaking in salt water. Gammon is the bottom end of a whole side of bacon. Same as bacon, we should always cook gammon before serving and eating it. Gammon is quite similar to fresh pork meat and is not like ham. The term gammon is mostly used in the United Kingdom and Ireland. But in most other English-speaking countries, are no different words for ham and gammon. 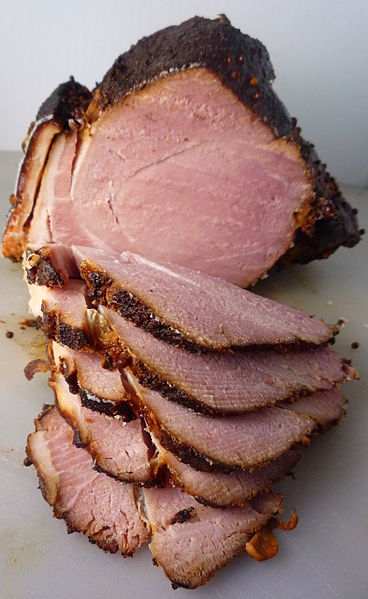 In the United Kingdom and Ireland, cooked gammon is traditionally served during Christmas. Thus, gammon is a popular Christmas dish in Christmas in the United Kingdom and Ireland. Gammon is sold as slices or steak in supermarkets. Moreover, they are sold as raw meat. Furthermore, we can also preserve gammon using different methods like smoking. Similarly, we can add different flavors during preservation. Gammon is used as a filling for many food items as well as toppings for pizza.

Similarities Between Ham and Gammon

Difference Between Ham and Gammon

Although ham is served and sold as pre-cooked meat, gammon is sold as raw meat and has to be cooked before serving.

Ham has a very fleshy texture, whereas gammon has a grainy texture.