Home » Science » Biology » What is the Difference Between Host and Parasite

Host and parasite are the two sides of a type of symbiotic relationship called parasitism. 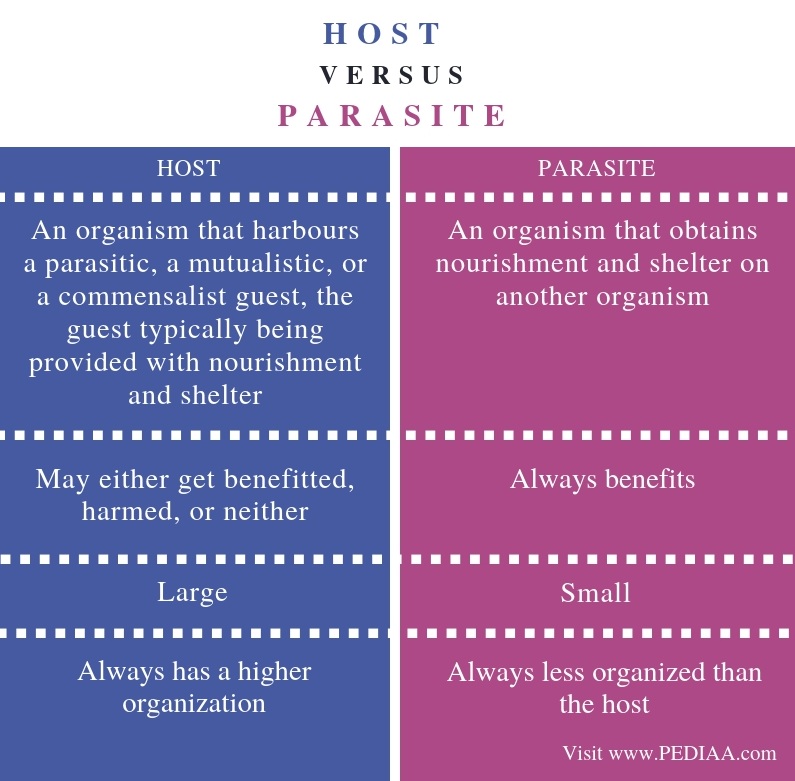 What is a Host

The host is the organism that harbours another organism in a symbiotic relationship. There are three types of symbiotic relationships as mutualism, commensalism or parasitism. In mutualism, the host benefits. While, in commensalism, the host does not get benefits or losses/harm. But, in parasitism, the host gets harmed. For example, take termites. Termites are an example of a host in a mutualistic relationship with protozoa in which the protozoa live inside the gut of the termite, easing the digestion of the cellulose. Whales, turtles, and sharks are examples of hosts in a communalistic relationship with remoras. Here, the remoras can adhere to their host to be freely transported. 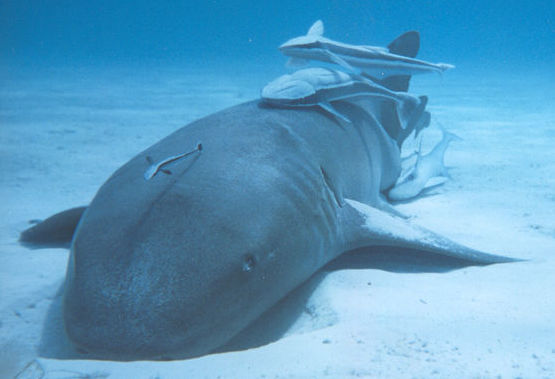 In parasitism, we can identify several types of hosts. Moreover, the primary or the definitive host allows the maturation of the parasite and its sexual reproduction. However, the secondary or the intermediate host harbours only a short transition period of the parasite.

What is a Parasite

A parasite is an organism that depends at the expenses of the host. Parasites always show a lower organization than their host and there are major parasitic groups among arthropods, mollusks, annelids, nematodes, flatworms, and cnidarians. Furthermore, plants can also become parasitic on other plants. In addition, fungi, protozoa, bacteria, and viruses can become parasites as well. However, the main characteristic feature of a parasite is that it always benefits at the expenses of the host. 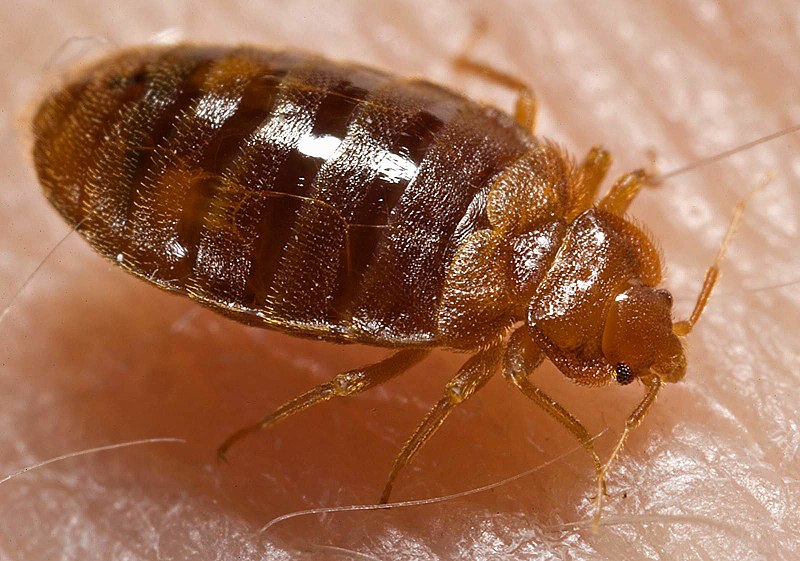 There are several types of parasites:

Similarities Between Host and Parasite

Difference Between Host and Parasite

Alsio, a host may either get benefitted, harmed, or neither. However, the parasite always benefits.

Size is a major difference between host and parasite. The host is always large than the parasite.

The host always has a higher organization while the parasite is always less organized than the host. Hence, this is another difference between host and parasite.

The host harbours another organism in either a mutualistic, communalistic or parasitic relationship. In parasitism, the host gets harmed by the parasite. On the other hand, a parasite is an organism that lives in or on a  host and benefits by deriving nutrients at the other’s expense. Therefore, the main difference between host and parasite is their role in the symbiotic relationship.